Please ensure Javascript is enabled for purposes of website accessibility
Log In Help Join The Motley Fool
Free Article Join Over 1 Million Premium Members And Get More In-Depth Stock Guidance and Research
By Joe Tenebruso - Nov 9, 2018 at 11:38AM

But growth is likely to slow in the fourth quarter.

Match Group (MTCH) reported third-quarter results on Nov. 6. The owner of popular dating apps and websites such as Tinder and Match.com delivered sharply higher sales and profits, but also indicated that growth could slow in the coming quarters.

Match Group's subscriber base grew 23% year over year to 8.1 million. The gains were fueled by a 61% jump in Tinder subscribers. "Tinder remains the centerpiece of our growth story," CEO Amanda Ginsberg said during a conference call with analysts.

Match Group is also enticing its users to spend more in its apps. The company's average revenue per user (ARPU) rose 6%, to $0.57. Here, too, the increase was driven mainly by growth at Tinder. Premium versions of the popular app, like Tinder Gold, are proving popular among users. "More than 60% of the 4.1 million subscribers on Tinder are now Gold subscribers, up from 50%-plus in the second quarter," Ginsberg said. With more people signing up for Tinder Gold's $15-per-month subscription plan, Tinder's ARPU jumped 24%.

Together, these subscriber and ARPU gains helped to drive Match Group's revenue 29% higher in the third quarter, to $444 million.

Match Group's improved profitability can also be seen in its cash flow generation metrics. Its operating and free cash flow surged 85% and 94%, respectively, during the first three quarters of 2018.

The company intends to pass some of this cash on to investors in the form of a $2 per share special dividend. The dividend will be paid on Dec. 19, to shareholders of record as of the close of business on Dec. 5.

CFO Gary Swidler said: "We constantly analyze various ways to return capital to our shareholders. The dividend is something that we've been contemplating for some time, and we felt that now was the right time to provide capital return to shareholders via this method." 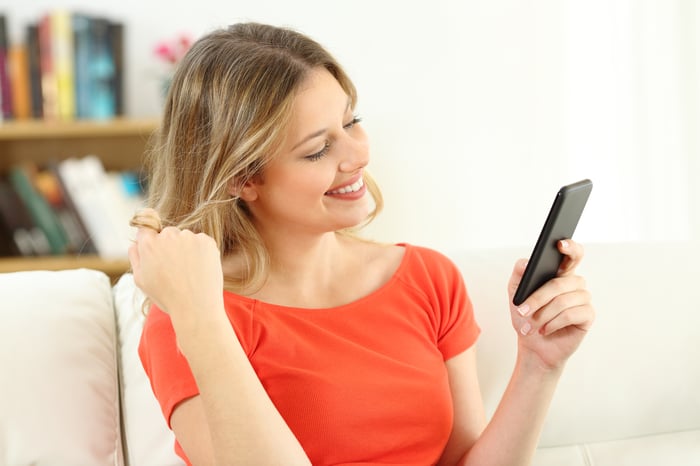 Match Group offered guidance for the fourth quarter that, if realized, would represent a marked deceleration in growth.

The company expects to generate fourth-quarter revenue of $440 million to $450 million. That would represent year-over-year growth of 17% at the midpoint of the range, down sharply from Match Group's 29% growth in the third quarter.

Management also noted that higher anticipated marketing spending would weigh on profits in the fourth quarter.

"We're investing in our businesses to drive growth for the long term," Swidler said.