Shares of graphite producer GrafTech (EAF -2.52%) -- hit hard by a sell-off despite reporting terrific sales and earnings growth last week -- are getting a second helping of pain today on news that analysts at Vertical Group have decided to downgrade the stock.

This morning, Vertical announced it's cutting its rating on GrafTech shares to "sell," and assigning the $15 stock a $9 target price, sending GrafTech shares down as much as 14.7% in early trading before the shares rebounded to suffer "only" a 5.2% loss as of 2:35 p.m. EST. 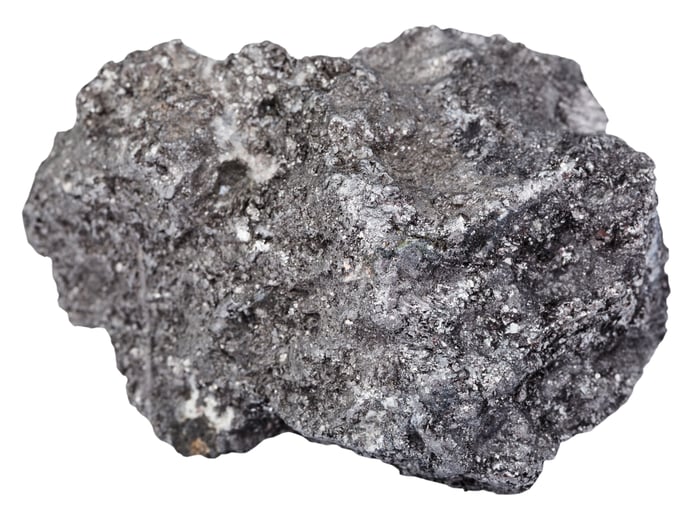 A chunk of graphite looks an awful lot like a simple black rock. Could it soon be worth just as little? Image source: Getty Images.

Why is Vertical so negative on GrafTech? Following "discussions with graphite electrode industry experts both in China & the US," says TheFly.com, Vertical believes that some 91,000 tons of graphite supply are set to "re-enter the U.S. market over the 2018-2019 timeframe," swamping 3% to 4% demand growth with 14% growth in supply, and creating a "material imminent risk" of price declines.

On the one hand, this appears to contradict GrafTech's own positive assessment of the market, described in its earnings report last week, when it said the price of graphite electrodes had roughly tripled over the past year. On the other hand, such explosive growth in prices does seem like the kind of thing that would attract an increase in supply as suppliers rush to capitalize on the demand -- so maybe Vertical is right about this.

The one thing that could upset Vertical's sell thesis is GrafTech's assertion that it "has successfully sold approximately two-thirds of its cumulative long-term production through three- to five-year, fixed-volume, fixed-price take or pay contracts. These contracts provide reliability of long-term graphite electrode supply for customers and stability of future operating results for shareholders."

If true, such supply contracts would likely protect GrafTech from the price crash that Vertical is predicting. Then again, GrafTech did say that its "long-term contracts" mainly refer to 2018 production.