An insurer, a medical device company, and a healthcare Goliath could all be smart additions to portfolios this month.

Demand for healthcare goods and services is less tied to the economy's whims and whispers than other sectors, and that could make healthcare stocks the perfect addition to portfolios given the market's recent tumble. Although there are many healthcare stocks worth considering, these Motley Fool contributors think this is a particularly good time to pick up shares in Centene Corp. (CNC -1.69%), Novocure (NVCR 1.66%), and Johnson & Johnson (JNJ -0.77%). Read on to learn why November's election was good news for Centene, how reward may outweigh risk at Novocure, and why investors may be overstating J&J's valuation.

Todd Campbell (Centene Corp.): The Medicaid and Affordable Care Act (Obamacare) insurer ought to be top of mind for investors who are considering what stocks may benefit from 2018's U.S. midterm election results. 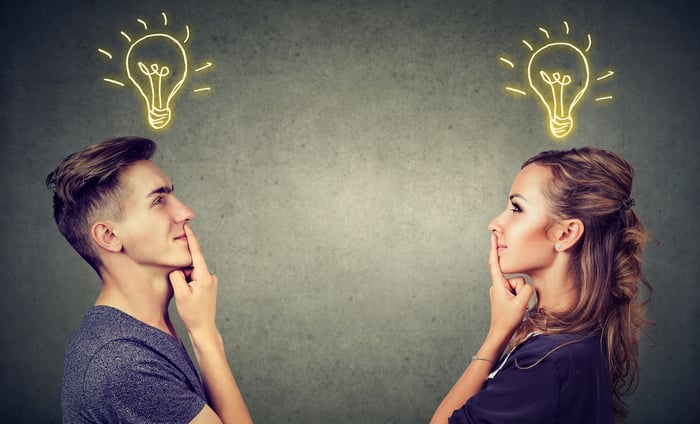 Unlike large commercial insurers, including UnitedHealth, that have struggled to make money on Obamacare, Centene is profiting handsomely from it. The company makes most of its money managing state Medicaid programs, so its revenue has profited from Obamacare's Medicaid expansion provisions. Also, it's been aggressively expanding into individual health insurance by offering Obamacare plans in increasingly more states every year.

These tailwinds have resulted in significant revenue and bottom-line growth for the company. Historically, insurers spend less on healthcare for individual health insurance plan members than they do on Medicaid members, so Centene's profit has grown as the proportion of individual members to total members has increased.

In 2019, Centene is expanding its Obamacare plans to four new states, so the fact that Democrats won the House of Representatives on election night, which decreases the likelihood of the Affordable Care Act's repeal, is great news for this company and its investors.

Brian Feroldi (Novocure): Shares of medical device maker Novocure recently sold off hard following the company's third-quarter earnings report. The primary reason appears to be that revenue growth of 29% lagged behind Wall Street's expectation. Since Novocure's stock has been on fire over the last few years, the huge sell-off isn't too surprising. I've been a bull on Novocure for a few years now, so I think that the discounted share price is giving investors a great chance to get in.

Novocure sells a medical device called Optune that works in conjunction with chemotherapy to give patients with brain cancer a fighting chance. Optune works by bombarding cancer cells with electric fields that inhibit cell division. Not only does Novocure have the clinical data to prove that Optune works, but the device is completely noninvasive and is nearly free of side effects.

Optune is so radically different from other cancer treatments that healthcare providers were slow to give it a try when it first hit the market. Those barriers have been steadily falling over the last few years, and Novocure has cranked out eye-popping growth as a result.

The opportunity ahead of the company in brain cancer alone is substantial, but management believes that Optune could eventually be used to treat a number of other cancers as well. The company has set its sights on mesothelioma next, and has several studies in progress to potentially treat lung, ovarian, breast, and pancreatic cancer, too. Success in any of these indications would be a windfall for the business.

Novocure is still losing money, which makes it a high-risk investment. However, I think that the company's future is so bright that opening up a position today still makes a great deal of sense. 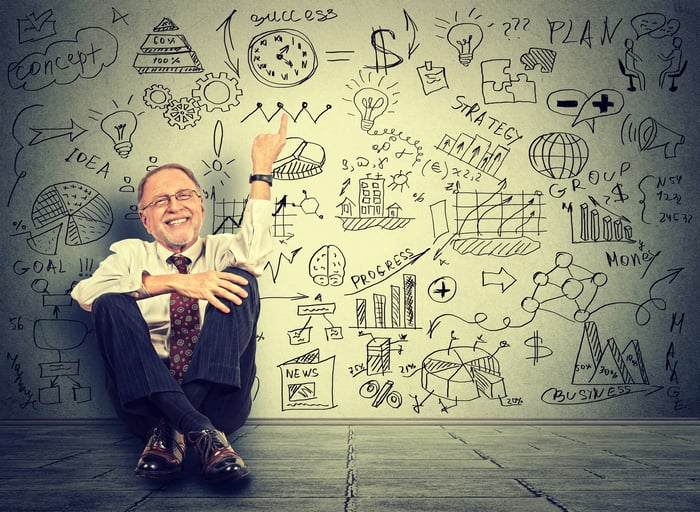 Astute investors will note that with the company's next quarterly release, that one-time charge will no longer be part of its most recent four quarters. As a result, Johnson & Johnson will once again appear to be its typically strong self. Indeed, for all of 2018, Johnson & Johnson is expected to earn around $8.17 per share. At a recent price of $145.34 per share, that gives it a normalized price-to-earnings ratio of just under 18.

Additionally, Johnson & Johnson's earnings are expected to continue growing, at around a 7.8% annualized rate over the next five or so years. That reasonable multiple, along with decent earnings growth rate, makes Johnson & Johnson an attractive stock to consider buying this November.

With a market capitalization of nearly $390 billion, and anticipated single-digit growth rates, Johnson & Johnson's shares are not likely to set the world on fire. Still, if you're looking for a combination of reasonable potential growth at a decent valuation in the healthcare sector, you could do far worse than considering this particular titan.