The video streaming giant's gains were built around its quarterly reports, but its investors don't really care about traditional earnings figures yet.

Streaming video veteran Netflix (NFLX -1.21%) has been good to its investors in 2018. Here in the middle of November, the stock is up 50% since the year started. But it has been a rocky ride -- the stock is trading 60% above its 52-week lows but also 33% below the yearly highs. 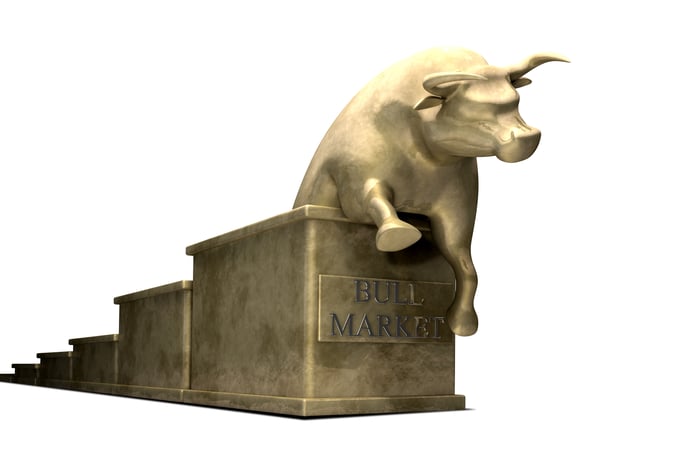 It's all about the earnings reports

Netflix may be a story stock but most of the storytelling is still done in the company's quarterly reports.

Starting in January, several analyst firms reported signs that the company's fourth-quarter report might deliver stronger results than the then-current Street views and management's guidance. Share prices started rising ahead of the report, then jumped another 13% higher in a single day when those bullish musings turned out to be on target. Netflix investors ended January with a 41% single-month gain.

Three months later, Netflix presented another solid earnings report and share prices jumped 9% higher the next day. A similar story played out in October, this time with a 10% single-day jump in the share prices.

Those are the underpinnings of Netflix's big gains in 2018. Three of the four earnings reports that were delivered in this calendar year were strong enough to launch a series of quick gains.

... but not so much about the actual earnings

That huge return in January had very little to do with Netflix's bottom-line result. The company actually only met Wall Street's earnings and revenue targets in the fourth quarter of 2017. The enthusiastic market response was based on a different metric. All of this was true in April, too.

July's second-quarter report holds all the clues you need for solving this riddle. You see, Netflix absolutely smashed the Street's earnings targets with net profits of $0.85 per share, far ahead of the $0.79 consensus. But the stock took a 7% dive on the news because management had overestimated Netflix's subscriber growth. Guidance had pointed at roughly 6.2 million net new subscribers on a global level, but the actual result was more like 5.1 million additions. Subscribers around the world paused their Netflix streams to catch some soccer action over the summer, leaving Netflix's own subscriber addition forecast out in the cold. 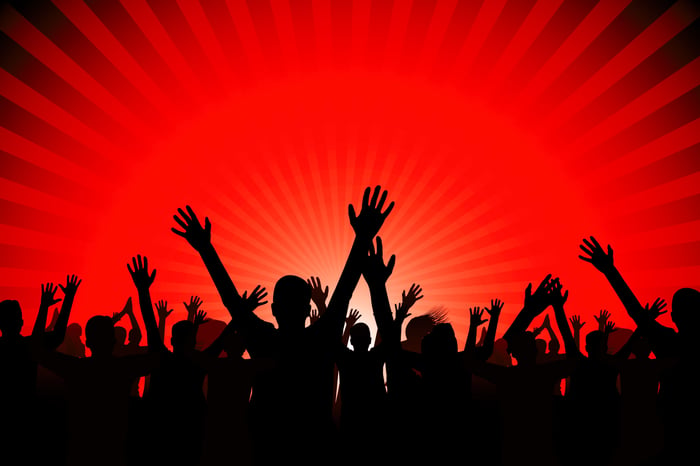 This is what matters: Lots and lots of people flocking to the familiar red light. Image source: Getty Images.

A change is gonna come

Subscriber growth won't be the only metric that matters for Netflix investors forever. At some point, the company's best growth markets will have exhausted their potential for more customer additions and it will be time to push the business model in a new direction. That's where profits and cash flows should take over the spotlight in each earnings report, like any other mature business in the entertainment sector or anywhere else.

Make no mistake: The hypergrowth period still has a few more years left in it and subscriber additions will hog the glory until further notice. But the focus shift away from maximum growth and toward optimal profits has already begun and should start showing positive cash flows soon, perhaps as early as 2022. Let's just say that I'm not going to lock in my Netflix gains by selling the shares here, because this company has a lot of growing and maturing left to do -- with shareholder-pleasing results in store.