Keep an eye on Oshkosh, BAE Systems, and Raytheon, but not because you should be running out to buy all three.

The defense industry has had a nice run over the past couple of years thanks to investors bidding up these stocks in anticipation of higher military spending under Republican control of both the legislative and executive branches. The SPDR Aerospace & Defense ETF has more than doubled the performance of the S&P 500 over the past three years.

That kind of run is more than likely going to get the attention of investors wondering if the stocks in this industry can continue to outperform. So we asked three of our Motley Fool contributors to discuss a stock they feel investors should be following closely. Here's why they think you should put Oshkosh (OSK -1.63%) and BAE Systems (BAES.Y -0.24%) on your radar, but why you may want to exercise caution with shares of Raytheon (RTN). 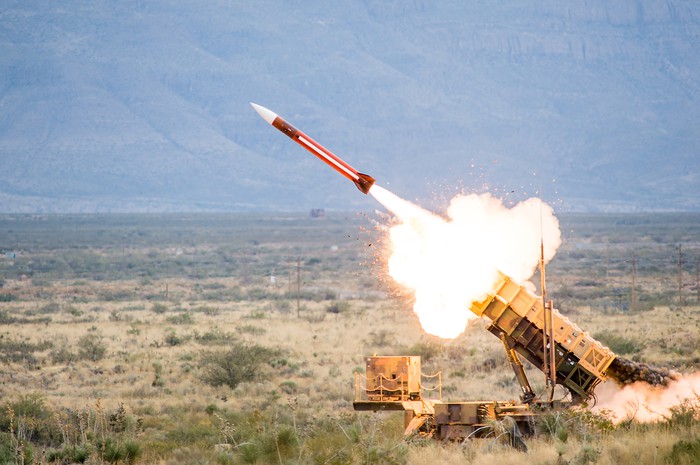 Oshkosh is a bargain, b'gosh!

Rich Smith (Oshkosh): Oshkosh Corporation (formerly Oshkosh Truck) is no longer as heavily invested in the defense business as it was back during the days of the Iraq War, when it was selling MRAPs hand over fist and the Pentagon accounted for more than half its business. Still, with $1.8 billion in annual sales, defense remains Oshkosh's second-biggest business segment, accounting for nearly one-quarter of annual revenue.

That makes "defense" a bigger proportion of Oshkosh's business than "defense, space and security" is of Boeing's, so... if you can call Boeing a defense company, then I think Oshkosh has to qualify as well.

But what makes Oshkosh a defense stock "to watch in November," specifically?

Simply this: On Nov. 1, Oshkosh reported earnings that blew Wall Street away -- 13% sales growth, 67% earnings growth, and new earnings guidance for profits of $6.50 to $7.25, earnings so big that even if Oshkosh hits just the low end, it will easily sail past Wall Street's consensus expectation. Of course, the best part of this story is that the day after earnings sent Oshkosh stock up 21%, the company gave back 5% -- and gave investors a second bite at the apple in November.

Based on trailing earnings alone, Oshkosh already sells for just 10 times earnings (a bargain with its 13.6% projected growth rate and 1.6% dividend yield). Hitting just the low end of guidance will make the stock cheaper still, and if Oshkosh hits the high end of its guidance... the stock could be as cheap as just nine times earnings, and a real steal of a deal.

Jason Hall (BAE Systems): Back in September, I made the case that British defense giant BAE Systems was worth a close look. Having recently signed a big deal to build frigates for Australia that would add substantial revenue and earnings over the next five-plus years, while trading for a relatively cheap valuation compared with many of its peers, BAE Systems struck me as a solid buy compared with its premium-priced competitors.

I made the same argument in October, feeling even more confident that BAE Systems represented an even better value since its stock price had fallen, while its prospects, if anything, were even better. And like my Motley Fool colleague Rich, I still think the market may be underestimating the impact the $26 billion-plus deal with Australia will have on its bottom line.

Yet Mr. Market has continued to sell on BAE Systems, with its shares down almost 16% since mid-September. 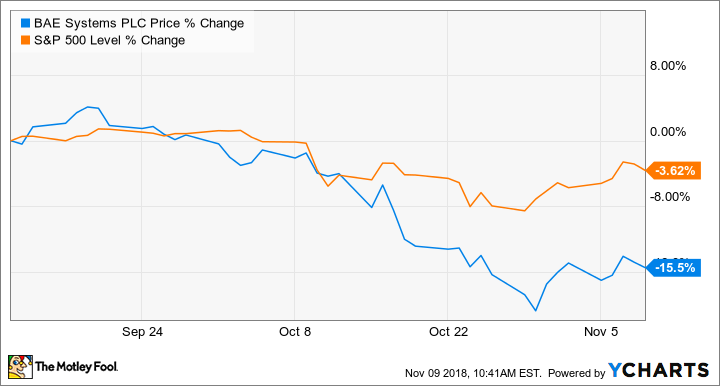 This is what's annoyingly frustrating about the stock market in the short term. You just cannot predict what will happen. But from the long-term perspective, the sell-off is probably a good thing for investors looking to buy today. BAE's prospects remain quite strong; the only thing that's really changed is it's gotten cheaper. 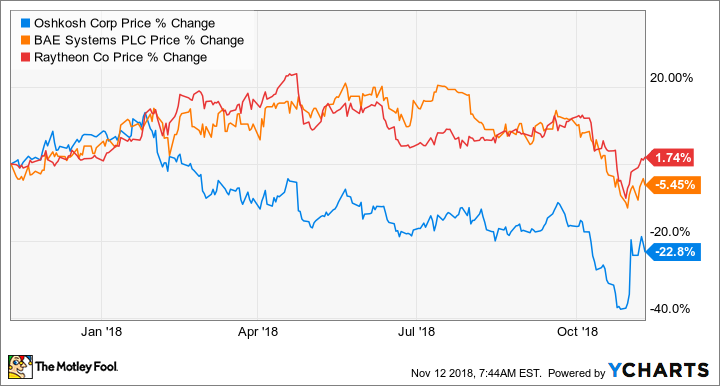 Could one of Raytheon's strengths become a risk?

Tyler Crowe (Raytheon): One of the defense industry's strategic goals as of late has been to expand sales overseas. Even though the Pentagon has been a good customer for decades, sequestration back in 2011 was a wake-up call that it may be a good idea to have some customers not named Uncle Sam. This effort was given an additional boost lately as the Trump Administration has lamented about allies not meeting their obligations for burden sharing for strategic alliances such as NATO.

Of all the defense contractors out there, Raytheon has been the most successful at capitalizing on this overseas sales push. About one-third of its sales and bookings come from international customers thanks to its Patriot missile-defense systems. Thanks to the success of the Patriot and Raytheon's larger global presence, the market has assigned it a premium valuation over its peers.

For investors, though, it is worth asking this question: What if those international customer numbers start to dwindle because of changing American policies? One of the largest buyers of Patriot systems is Saudi Arabia, which includes a $500 million order as recently as January of this year. With some questioning the U.S.'s relationship with the kingdom after the recent killing of a Washington Post journalist, investors should at least entertain the idea that these international sales could go away. If that were the case, then Raytheon probably wouldn't merit a premium valuation.

I can't say with any certainty that this will happen or not, but investors should incorporate it into their investment thesis and be on the lookout for any signs that it is a possibility.