Apple's been busy working on an autonomous driving system. Here's what's happening right now and how the tech giant could benefit.

Over the past several years, rumors have spread that Apple (AAPL 1.30%) is working on a secret car initiative called Project Titan that could launch the company squarely into the autonomous vehicle market -- when and if Titan comes to market.

What's the latest news with Apple's Project Titan? MacReports reported in July of this year that Apple had permits to drive 66 autonomous vehicles on California's roads and approval for at least 111 "safety drivers," according to records from the state's Department of Motor Vehicles. (A safety driver is the person who sits behind the wheel of an autonomous car that is being tested in order to take over if something goes wrong.) As of early 2018, the company had just 27 autonomous vehicles being tested. 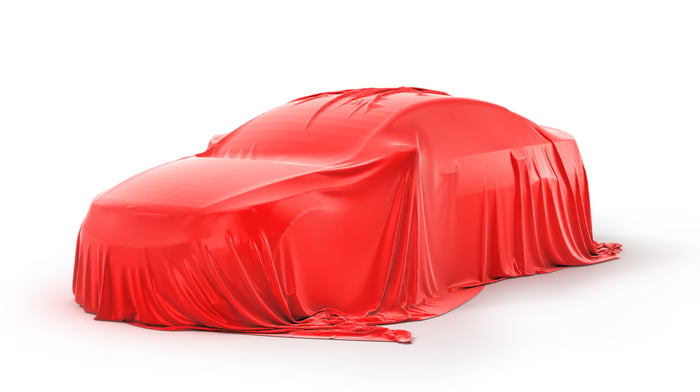 And back in August, John Gruber of technology blog Daring Fireball confirmed that Doug Field, Apple's former VP of Mac hardware engineering, had come back to the company, presumably to work on Project Titan after being in charge of Tesla's Model 3 production since 2013. That news stoked the rumor that Apple wants to develop its own car, rather than merely an autonomous driving system.

What Apple's management has said about the project

Of course, Apple has been pretty quiet about the secret project, but the company has shown its hand a few times.

The first admission that the company was likely working on an autonomous car project came from Apple CEO Tim Cook when he told Bloomberg this in 2017:

Clearly, one purpose of autonomous systems is self-driving cars -- there are others. And we sort of see it as the mother of all AI projects. ... It's probably one of the most difficult AI projects to work on. So autonomy is something that is incredibly exciting for us. But we'll see where it takes us -- we're not really saying from a product point of view what we'll do. It's a core technology that we view as very important.

Of course, Cook didn't want to say precisely what Apple will use its autonomous tech for, but some more details were inadvertently revealed recently when a former Apple employee was caught stealing plans for a self-driving car circuit board from Apple earlier this year.

Besides the fact that confirmed that Apple was working on self-driving car hardware, a complaint filed by Apple also said that 5,000 employees know about the car project and that 2,700 of those are "core employees."

How Apple could benefit from this

Considering that nothing is set in stone for Apple's car project right now, how exactly Apple will benefit is still a bit of a mystery. But there are two emerging scenarios for how this will pay off for Apple.

The first is that Apple will sell its own branded car, as in an actual Apple car that the company sells directly to consumers. Longtime Apple analyst Ming-Chi Kuo leans toward this theory and expects the car to launch sometime between 2023 and 2025 and become the company's "next star product."

The other school of thought is that Apple is developing autonomous vehicle technology to license to automakers. This strategy makes much more sense to me, given Apple's experience with software and devices. 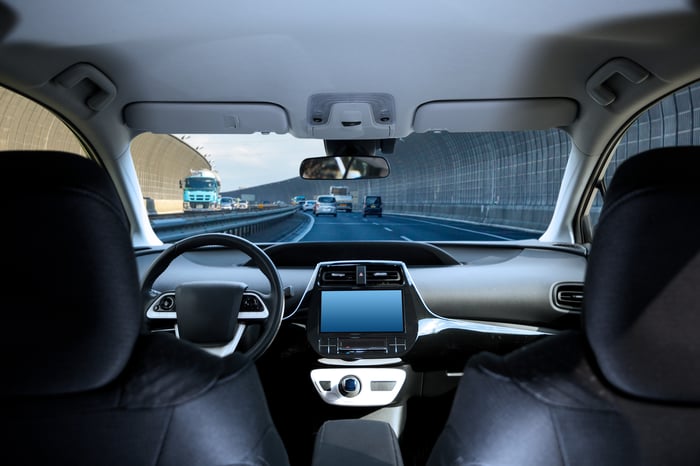 Licensing an autonomous system to automakers and companies for self-driving cars is similar to what Alphabet's (GOOG -0.28%) (GOOGL -0.27%) Waymo is doing with its self-driving car project. The company's autonomous software is far ahead of Apple's right now, and Alphabet already has a public test program for its autonomous vehicles, modified Chrysler Pacifica Minivans and Jaguar I-pace sedans, and will launch a commercial self-driving car service by the end of 2018.

The fact of the matter is that if Apple can get the autonomous vehicle system right, it could eventually become a significant competitor with Waymo and provide automakers with more choices to develop their autonomous cars.

Autonomous vehicles are expected to hit a tipping point in 2021, where many automakers will begin releasing their own self-driving cars (in limited amounts and mainly for ride-hailing services), and IHS Markit forecasts that by 2040 new autonomous vehicle sales will surpass 33 million annually.

Apple's services segment could see huge gains from the autonomous vehicle market, which Intel estimates will grow into a $7 trillion market by 2050.

How investors should be thinking about the company's car plans

With other tech rivals like Alphabet focusing a lot of their attention on autonomous vehicles, it would be a mistake for investors to think that Apple isn't trying to benefit from this market as well. Waymo could be worth $70 billion by 2030, according to some estimates, and much of that potential value comes from the company's projected use of its autonomous vehicle tech to earn money from self-driving services.

Apple is most likely pursuing autonomous software rather than an actual vehicle. For example, Tesla has proved that building cars is no easy task. And even partnering with an automaker to release a car would leave Apple without the end-to-end control it typically likes to have.

No matter which avenue Apple is pursuing, investors should keep in mind that it's going to take years for the company to benefit from its car project. If Apple successfully launches an autonomous technology that can be licensed to automakers, it'll likely be a product worth waiting for. Just remember to play the long game with this one.