With the constant onslaught of new technologies emerging, promising to make our lives better, it's easy to assume that driverless cars could be just another tech that fails to deliver on its big promises.

However, to ignore the autonomous vehicle market means investors would have to look past the enormous benefits that could come from people riding around in vehicles that drive themselves. Namely, the significant reduction in automobile crashes and fatalities, and the massive business opportunities through ride-hailing and vehicle services.

If you're curious about the autonomous vehicle market but aren't sure it's worth paying attention to, here are three reasons any investor should give this market serious consideration. 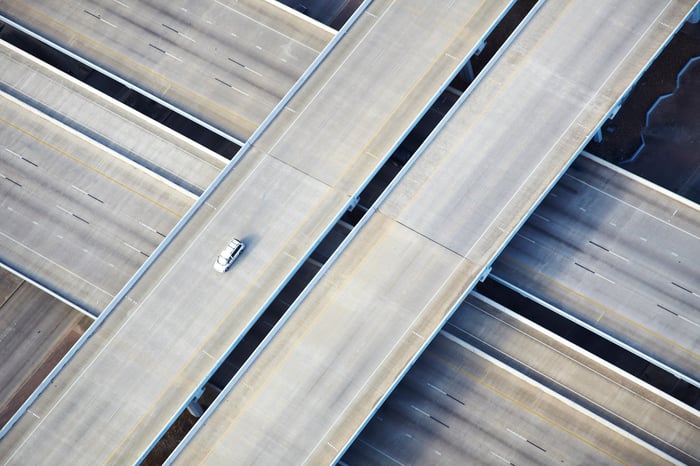 1. It's going to save tens of thousands of lives

One of the most significant benefits of having driverless vehicles on our roads will be their ability to drive better than humans, and thus reduce crashes. Some researchers estimate that autonomous vehicles will eliminate up to 300,000 fatalities from vehicle crashes in the U.S. each decade.

Alphabet's (NASDAQ:GOOG) (NASDAQ:GOOGL) self-driving vehicle company, Waymo, understands the importance of making driverless cars more capable than humans, which is why the company has completed more than 10 million miles of real-world driving experience with its vehicles, along with nearly 7 billion virtual miles. The company uses its own advanced artificial intelligence and sensors to teach vehicles to drive in difficult situations like heavy rain and snow.

Waymo has also taken a steady and purposeful approach to testing its technology with the public. The company is currently allowing 400 members of the public in Phoenix, Arizona, to be part of its Early Rider program, where riders have access to self-driving vans to take them to work, school, the grocery store, or anywhere else around town.

Once driverless cars become prevalent, likely in the next few decades, they could reduce the amount of crashes on the road by about 90%.

2. The opportunity for investors is huge

Of course, there will be monetary benefits from driverless cars as well. Intel released a report with Strategy Analytics last year that found that the autonomous vehicle market could create a $7 trillion market by 2050. This would include things like ride-hailing companies, $200 billion from new services like food and entertainment services specifically for autonomous vehicle riders, and business-to-business services like autonomous freight transportation.

Already, there are a handful of companies investors can use to tap into this market. For example, analysts at Morgan Stanley estimate that Waymo could eventually be worth $175 billion because of the company's soon-to-be-launched ride-hailing service and its opportunity to license its technology to other companies.

Other technology companies, including graphics processor maker NVIDIA Corporation (NASDAQ:NVDA) have lots of opportunities as well. NVIDIA uses some of its graphics chips to help autonomous vehicles process the image information they receive from their on-board sensors to make sense of their surroundings. NVIDIA uses these chips along with its autonomous vehicle platform, called DRIVE PX Pegasus, to enable vehicles to process complex visual information, and the company's management believes its technologies are creating a $60 billion total addressable market opportunity for the company by 2035. 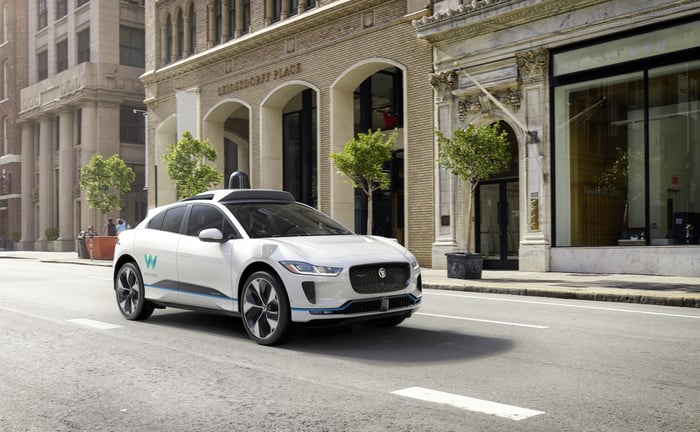 3. Despite hurdles, this market is growing

There are drawbacks to this technology, to be sure. Some companies seem to have rushed semi-autonomous technology onto the roads before they likely should have, there are regulatory hurdles that still need to be overcome, and there's evidence to show that the public, in general, is still skeptical about self-driving cars.

However, despite all of this, technology companies and automakers alike are pushing forward with semi-autonomous and fully autonomous technologies. Consider that General Motors (NYSE:GM), a stalwart of the American automotive industry, has already jumped in head-first to create driverless cars.

The company purchased a self-driving company, called Cruise Automation, back in 2016 and has since revamped two of its assembly plants so it can easily mass-produce autonomous vehicles.

GM now has a fleet of its own self-driving vehicles that it's testing and plans to release a driverless vehicle ride-hailing service next year. Additionally, Honda Motors recently invested in GM's Cruise to help develop a "purpose-built" driverless car that will be capable of driving without any human input. Honda's recent investment brings Cruise's valuation up to an impressive $14.6 billion.

GM's giant leap into autonomous vehicles is a good indicator of where the automotive industry is headed, and if you're still skeptical, then consider that Ford, Toyota, Volkswagen, and many other automakers are betting on this market, too.

In 2040, there will be 33 million driverless cars sold annually, which will account for about 26% of all new vehicles sold that year, according to IHS Markit. The recent moves by GM, Waymo, and NVIDIA are early indicators that the driverless car market is coming quickly -- and investors would be wise to take notice now.

Even if you're skeptical of this market, these three companies offer a unique opportunity to benefit, because none of them are dependent on the autonomous vehicle market to survive. NVIDIA makes the vast majority of its sales by selling graphics processors for the gaming market; GM's vehicle sales will far outpace any self-driving service revenue for quite some time; and Alphabet, Waymo's parent company, makes the vast majority of its sales from advertising.

That means these companies won't see their businesses crumble if driverless vehicles take longer to get off the ground than expected. At the same time, if the autonomous vehicles market reaches its full potential -- or even comes close to it -- these companies are poised to benefit because of their early moves in the space.