2018 has been a good year for the video game company, but shares are still down double digits.

Shares of Zynga (ZNGA) are down roughly 11% in 2018, reversing some of the gains that they recorded in 2017. Last year saw Zynga stock climb 55.6% as the video game publisher showed signs of a successful turnaround, but it looks like the market is taking a more cautious approach in light of pullbacks for the broader market and stocks in the video game industry. 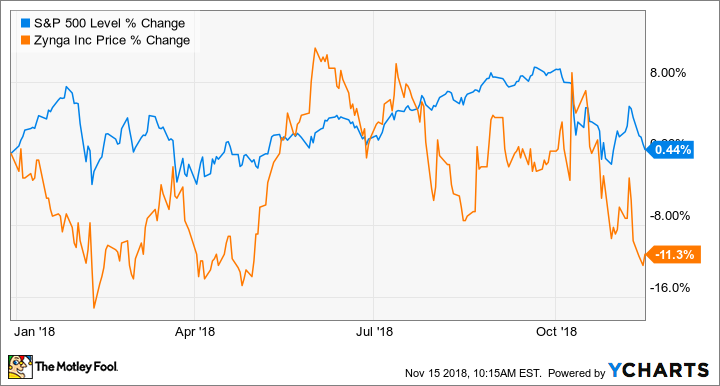 While Zynga stock is now down double digits this year, the company has posted solid earnings results in the same period. It's also made some promising deals and announced upcoming projects that investors will want to keep an eye on. 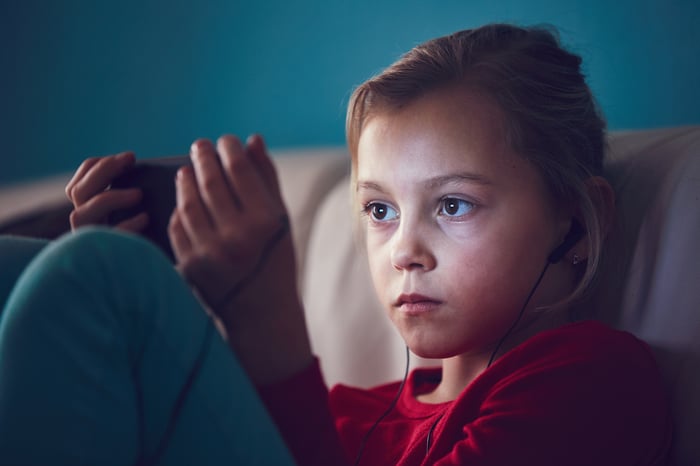 Zynga sold off in October, corresponding with a pullback for the broader market that represented the biggest percentage-based declines for major U.S. indexes since February 2009. Zynga is a growth-dependent tech stock backed by an uncertain comeback story, so its recent declines make sense in the context of the market's pullback.

Despite recent sell-offs, Zynga's business performance, acquisition moves, and a big new partnership in 2018 suggest that progress continues to be made on the company's turnaround effort. Shares gained ground in May following better-than-expected first-quarter earnings and news that the company had acquired game-development studio Gram Games for $250 million. In August, Zynga revealed that it had signed a deal with Disney to create a free-to-play mobile game built around the Star Wars license -- a project that has the potential to be a big performance-driver for the video game company.

Zynga reported third-quarter results at the end of October, with sales for the period up 4% year over year to $233.2 million and bookings up 17% year over year to $248.9 million. Per-share earnings for the period came in at $0.01, down from earnings per share of $0.02 in the prior-year period due to rising research and development expenses and increases for marketing and general-and-administrative spending.

Zynga used to be the top publisher in the casual gaming space, but it got caught flatfooted as video games moved away from browser-based platforms like Facebook in favor of app-based downloads on mobile. After years of struggling to introduce new hit games and failing to combat the decline of formerly blockbuster properties like FarmVille, the company has been focusing on getting the most of out of evergreen franchises like Zynga Poker, Words with Friends, and CSR Racing 2 by keeping them alive with updates. This new focus has meant that Zynga is spending less on developing new titles, and it appears to have the company on track to return to regular profitability in the near term, but it will still have to find success launching new titles.

The mobile games market is crowded, and while big titles can be hugely profitable, it can also be difficult to get products to stand out from the crowd. Partnerships with companies like Disney can be very helpful in that regard because big brands like Star Wars will help establish a baseline audience. There are also reports suggesting that Zynga has been approached about a potential buyout, so it's possible that the company could be put to work on another video game or media company's properties in the not too distant future.

For the fourth quarter, Zynga is guiding for revenue of $235 million and bookings of $250 million, representing 0.7% and 11.7% year-over-year growth, respectively. Management expects net income for the December quarter to come in at -$2 million down from $12.9 million in the prior-year period, while adjusted EBITDA is projected to arrive at $35 million -- down from $46.5 million in 2017's fourth quarter. Declining profitability isn't surprising given that the company appears to be ramping up development on new titles.

With big sell-offs for industry leaders like Activision Blizzard and Electronic Arts, investors seem to be questioning whether the overall video game industry can maintain momentum. Much of the industry's growth over the last decade has stemmed from the rise of in-game purchases, and Zynga's free-to-play mobile games are almost entirely dependent on this model. The industry's overall outlook remains promising, but stock performance for gaming's major players does reflect some new uncertainty about whether game makers will be able to continue to get players to increase their spending.