Tech stocks took a huge hit to start the week, on a day when macro concerns plagued the markets.

Monday was a horrible day on Wall Street, as investors opened the short holiday week with a selloff. The Dow Jones Industrial Average was down as much as 575 points at points at one point, and the tech-heavy Nasdaq Composite posted larger percentage losses of nearly 3%. After years of buying on dips, investors seem to be more afraid than ever that the almost 10-year-old bull market is finally coming to an end. Negative sentiment about global trade, politics in Washington, and economic growth also weighed on stocks. NVIDIA (NVDA -0.05%), Spectrum Brands Holdings (SPB -2.05%), and Facebook (META -0.25%) were among the worst performers on the day. Below, we'll look more closely at these stocks to tell you why they did so poorly.

NVIDIA shares slid by 9%, adding to their 19% drop on Friday. Last week's decline was prompted by quarterly results that indicated sales slowdowns among products that had been growth drivers for the company, including its graphics processing units, which are popular among cryptocurrency miners. Then today, comments from a major U.S. producer of smartphones that indicated its sales had been weaker than expected sent ripples across the semiconductor industry. The implication that the issues facing NVIDIA and its peers could go well beyond the cryptocurrency markets woes left investors even more on edge, and until the tech sector sorts itself out, the company remains vulnerable to further pullbacks. 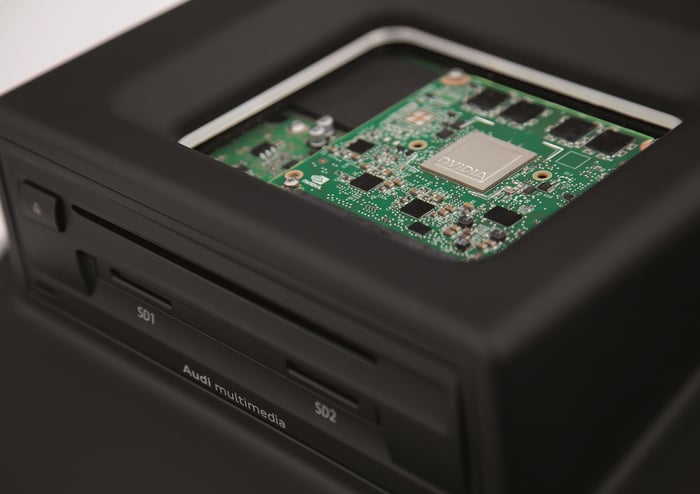 Spectrum Brands Holdings lost 17% after it announced its fiscal fourth-quarter results. The diversified consumer products manufacturer behind brands such as Black Flag bug spray, George Foreman grills to Armor All auto cleaner reported sales that were unchanged from the previous year's quarter, as well as a substantial net loss from continuing operations. Spectrum management said that the company's transformation following its merger with HRG Group continues apace, and asserted that it continues to make efforts to cut leverage, and to put its focus on the businesses with the highest prospects for profit and growth. Yet investors seem impatient with the pace of Spectrum's progress.

Finally, Facebook's stock price dropped 5%. Despite the social media giant's ongoing financial success, shareholders have focused on the controversies surrounding CEO Mark Zuckerberg and his team, including their failure to respond more proactively to issues like Cambridge Analytica's use of private user data during the 2016 election campaigns. Now, investors fear that complying with whatever new regulations end up being imposed on Facebook could hit its profit margins, and eventually eat into earnings growth. Given that Zuckerberg holds firm voting control of the company, calls for a management shakeup are unlikely to lead anywhere, a situation that has some shareholders increasingly frustrated.