The global smartphone market barely grew in the third quarter.

The global smartphone market has been maturing for years, with overall unit volumes continuing to plateau. That's caused endless consternation for Apple (AAPL -1.63%) investors, which is largely why the Mac maker has been futilely trying to get shareholders to better appreciate its growing and highly profitable services business in recent years. What little growth is left is being driven by low-cost handsets from Chinese vendors.

Here are the latest estimates and what they mean for Apple. 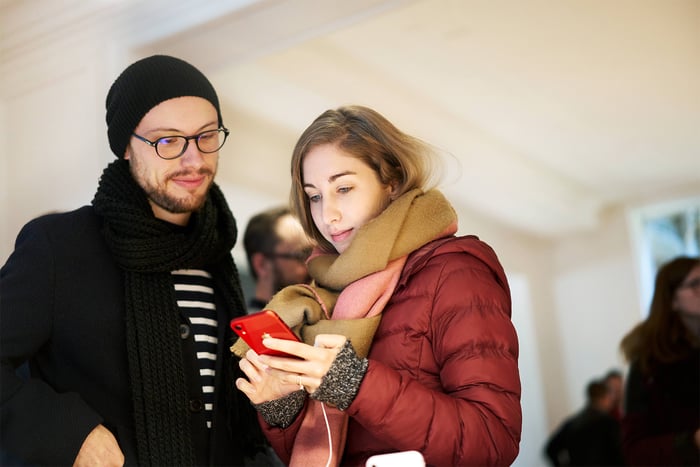 Huawei and Xiaomi stand out

Market researcher Gartner just released its estimates for the smartphone market in the third quarter, and sell-through to end users increased an anemic 1.4% to 389 million units. China's Huawei and Xiaomi enjoyed the most growth, and if you back those two players out, the market would have contracted by over 5%, according to Gartner research director Anshul Gupta. Cheap phones are expectedly grabbing more share in emerging markets.

Here's a breakdown of the top five players. (Note that Gartner's figures for Apple differ from the 46.9 million iPhone sales that the tech titan reported last month since Gartner is measuring sell-through, while Apple reports sell-in.)

Huawei's and Xiaomi's strong growth contrasts with pretty much every other smartphone maker, and Huawei is rapidly catching up to compete with Samsung for the title of No. 1 vendor by unit volumes. The Chinese company only lags the South Korean conglomerate by about 21 million units, compared to a nearly 50 million deficit a year ago. Samsung's latest flagships -- the Galaxy S9, S9+, and Note 9 -- have not performed well, according to Gartner.

Investors already knew Apple's unit volumes were flat in the third quarter on a sell-in basis, and Gartner's estimates show the same is true for sell-through to end users. The premium end of the market is saturated, but the iPhone XS Max could help the company regain some market share in China, which is both the largest market and one where users highly prefer large phones ("phablets").

The figures underscore why Apple will soon stop reporting unit sales in its most important hardware businesses. For a company that revels in bragging, flat unit volumes often fail to impress investors. Apple has instead been able to generate considerable growth from its iPhone business using price increases, and it will only report iPhone revenue going forward. That will force investors to look at overall revenue as the primary way to gauge the health of the business, which Apple argues is more important than unit sales (even if it gets defensive at times).

Apple is already approaching stagnating unit sales in exactly the right ways: capitalizing on price increases while emphatically pointing to its services business.