Shares of Ballard Power Systems (NASDAQ:BLDP), a leader in fuel cell products and solutions, dropped 20% in November, according to data from S&P Global Market Intelligence. The primary culprit for the wave of pessimism was the company's release of its third-quarter earnings report at the beginning of the month.

Reporting $21.6 million on the top line for the third quarter, Ballad Power failed to meet analysts' expectations that the company would report $31.3 million in revenue. More concerning for investors, however, was management's acknowledgment that the remainder of 2018 will be less auspicious than it had previously thought. In the company's press release for its Q3 earnings, CEO Randy MacEwen stated, "Near-term headwinds in China resulted in a material reduction in MEA [membrane electrode assemblies] sales to the Guangdong Synergy-Ballard joint venture in Q3 and in our outlook." 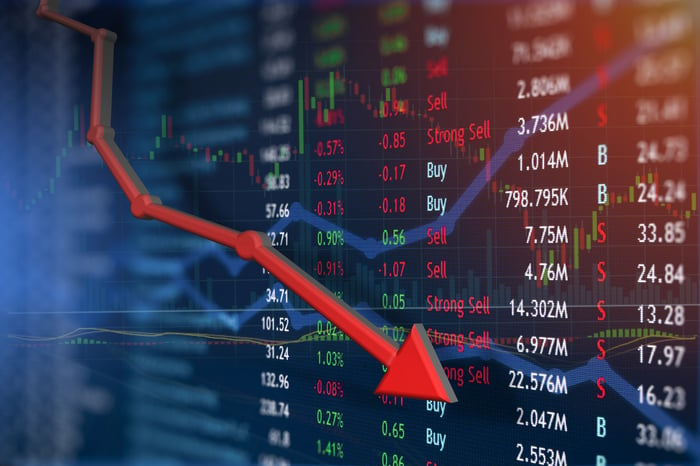 Exactly how strong does Ballard expect those headwinds to be? Due to the uncertainty regarding the joint venture with Guangdong Synergy, Ballard removed the value of the contract from its order backlog, which the company defines as the aggregate value of its orders received. Following the adjustment, Ballard's order backlog now stands at $123 million. To put this in context, consider the company's order backlog as of the end of Q2 2018: a much more robust $283 million.

Further illustrating the effect of the headwinds on the company's financials, management announced its expectation that it will report revenue between $90 million and $95 million in 2018. Ballard traditionally doesn't provide specific financial guidance; however, it did report at the end of 2017 that it expected 2018 revenue to be "relatively flat" compared with the $121 million that it reported in 2017. Should the company achieve the midpoint of this guidance, it will report a 24% decline on the top line year over year -- a significant reversal from the 29% compound annual growth rate that it reported on its top line from 2015 to 2017. Though the challenges regarding the joint venture are the major source of the decline in revenue, management identifies the sale of the company's power manager business as a contributing factor.

Besides the company's earnings report, investors responded to bearish sentiment coming from the Street. According to Thefly.com, Carter Driscoll, an analyst at B. Riley FBR, downgraded the stock to neutral from buy and reduced his price target to $3 from $5, saying that the "timing of [the company's] China ramp is more uncertain."

Management argues that the bumps in the road facing the company in the remainder of 2018 should not distract investors from the company's long-term opportunity presented by the recent deal in China with Weichai Power, which MacEwen says is "expected to be a positive long-term catalyst for our business." Despite management's enthusiasm, investors should remain circumspect and keep a wary eye on the progress of the Weichai deal. It's reasonable to suspect that the challenges facing the company in China are not limited to the joint venture but will extend to the company's other dealings in the country.