Ford Motor Company (NYSE:F) didn't have a terrific year in 2018. The Blue Oval's profits will likely be down from a 2017 result that was only OK, not great -- and it was only "OK" because of a windfall from tax-law changes in the United States.

The truth is, Ford isn't in awful shape, but the company needs some work to be fully healthy. That work is ongoing, but it'll take a couple of years to bear fruit.

In the meantime, Ford's profit and margins are taking hits from several factors, including some over which it doesn't have much control. Here's a look at the issues that have weighed on Ford's profit in 2018, and some thoughts as to where the automaker stands as the year comes to a close. 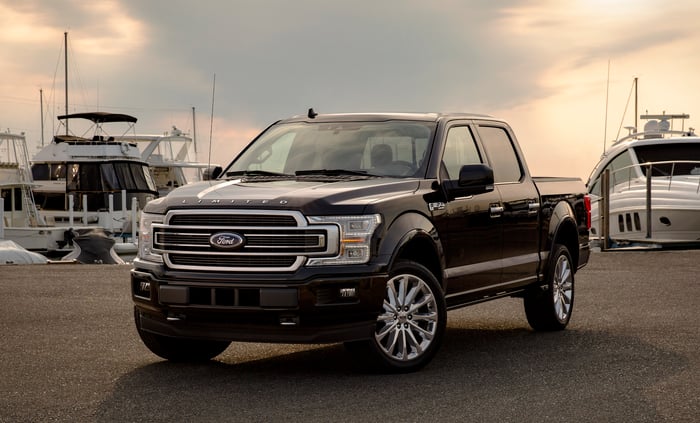 The good news for Ford is that U.S. sales of its highly profitable F-Series pickups have been strong in 2018. The less-good news: Higher prices for steel and aluminum have cut into its margin. Image source: Ford Motor Company.

Low commodity prices helped Ford to record profits in 2015 and 2016, but higher prices have hurt: The metals tariffs probably cost Ford about $1 billion in 2018.

Ford posted a loss of $73 million in Europe in the second quarter of 2018. That was a big surprise, given that Ford's sales in Europe were up 3.4% in the quarter on strong demand for an all-new version of the subcompact Fiesta, which is one of its biggest sellers in the region.

But Ford's result faced a couple external obstacles. First, European customers, like their counterparts in the U.S. and China, are increasingly favoring crossover SUVs over sedans and hatchbacks. 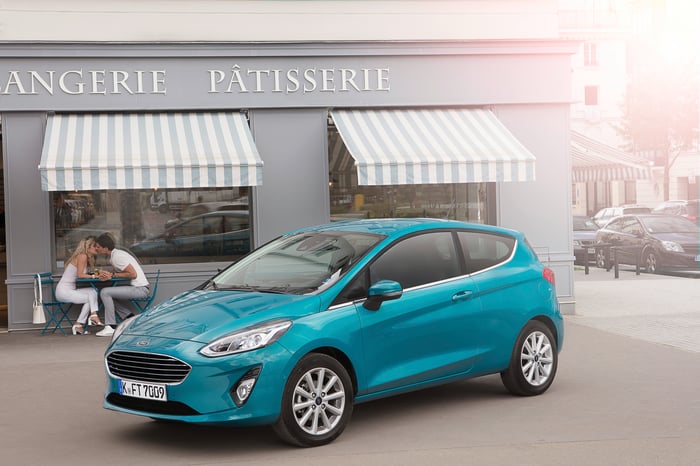 Ford has lost money in Europe this year despite good sales of its all-new Fiesta. Image source: Ford Motor Company.

Ford launched an all-new Fiesta in Europe last year, and followed it with an all-new Focus this year. Both are strong entries, but demand for cars has softened, which limited Ford's ability to command the higher prices it had been hoping to get for both. Meanwhile, Ford's Europe-market compact SUV -- the Kuga, a near-twin of the Escape -- is nearing the end of its model life. Until Ford gets an new Kuga in Europe, it'll be at a disadvantage to rivals with fresher products.

There's another factor: exchange rates, specifically the British pound against the dollar and euro. The weak pound has hit Ford harder than most, because Ford is the biggest-selling brand in the U.K.

Those trends combined with the costs related to launching the new Focus meant that Ford Europe lost money again in the third quarter. It's now expected to post a loss for the full year.

Not so long ago, China was a promising -- and profitable -- growth market for Ford. That has changed: Ford lost money in China last quarter, for the first time in ages. Part of the problem is that China's once white-hot new-car market has cooled, but a larger part of the problem is related to Ford's product-replacement cycle.

China's market has a huge number of entrants, including quite a few domestic Chinese automakers as well as just about every global automaker. That means the market moves very quickly. From a Chinese consumer's perspective, there's nearly always something new to consider in every market segment.

The flip side is that products can get stale quickly. For Ford, which has relied on a single global product portfolio keyed to traditional American and European replacement cycles, that meant that its once-popular products became old news in China long before Ford was ready to replace them. So after a few years of strong growth, Ford's sales in China fell 6% in 2017 -- and another 31% through October 2018. 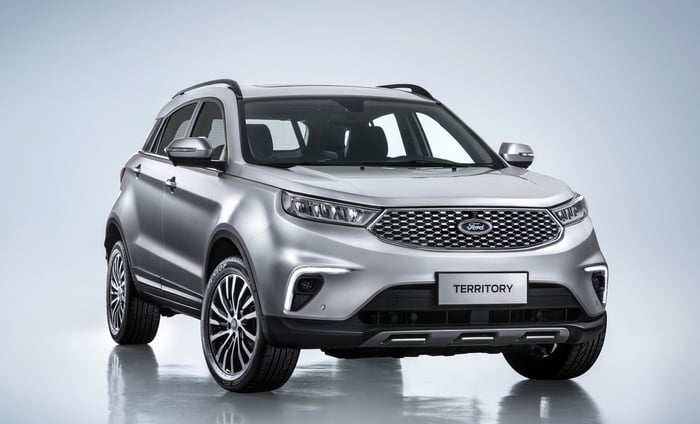 Ford has a China turnaround plan in progress, including a slew of new products tailored specifically to the Chinese market, and it hired a new leader for its regional business in October. Those efforts should help turn things around, but 2018 will be remembered as a tough year for Ford in the world's largest new-car market.

Where does this leave Ford?

Ford isn't in dire straits, but it does have work to do. CEO Jim Hackett has talked at length about improving Ford's "fitness," meaning its ability to consistently deliver strong operating margin. Hackett's plan for Ford, which is well underway, includes changes in both Europe and China that should make both regions consistently profitable, as well as changes in North America that should help offset those higher commodity prices.

Will it work? It may take until 2020 before we know for sure how strongly the automaker can rebound. But I expect that Ford shareholders will start to see meaningful progress as 2019 unfolds.