Although the market is tanking to close out the end of the year, 2019 is shaping up to be a big year for IPOs. So-called unicorns have been angling to take their companies public before the market turns south, and some are rushing to hit the market before a potential sell-off intensifies. And despite the market turbulence, the broader economy remains strong.

Following a year that featured IPOs from Spotify, Dropbox, and Eventbrite, 2019 is expected to see another impressive crop of newly public stocks. Below, in no particular order, are the seven most anticipated IPOs of 2019. 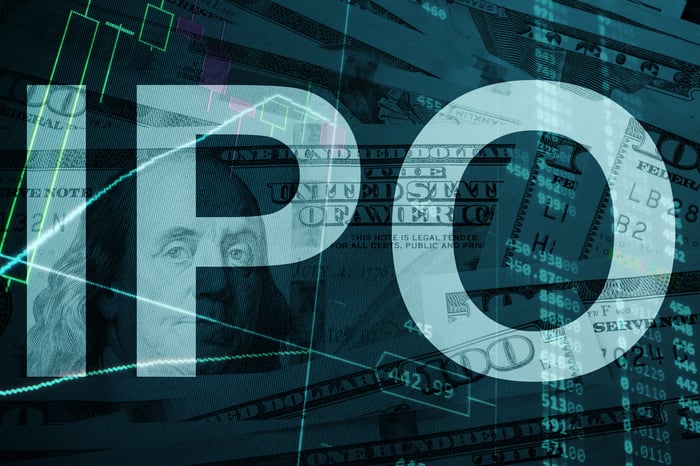 No private company has attracted more attention over the last decade than Uber. The ride-hailing service has quickly spread around the globe, disrupting traditional taxi syndicates and upsetting regulators and drivers along the way.

Uber has been in the process of recovering from a series of scandals, including conflicts with cities and rivals, and has been embroiled in lawsuits over its alleged theft of data from peers like Waymo and rampant sexual harassment stemming from its "brogrammer" culture. These have contributed to a backlash among users, but it's still the ride-share leader in the U.S., though it's pulled back from international markets in Asia and elsewhere.

Since founder Travis Kalanick was ushered out last year, new CEO Dara Khosrowshahi has helped the company clean up its act and improve its image, and Uber is now preparing for an IPO in 2019, having already filed confidentially. The company is targeting a valuation of $120 billion, which seems excessive -- but Wall Street is excited about a company that could disrupt the broader mobility industry with offerings like its restaurant delivery service UberEats and its investments in dockless scooters and autonomous vehicle technologies.

The #2 ride-hailing service is in a race with Uber to IPO first, and investors have long anticipated getting a piece of one of these fast-growing ride-share stocks. Lyft, which was valued at $15 billion in its last funding round, filed to IPO earlier in December as part of its efforts to challenge Uber.

Once seen as an afterthought in the ride-sharing industry, Lyft has been steadily gaining market share, and now claims 28% -- behind Uber at 70%, according to Second Measure, but still part of what is effectively a duopoly in the industry. Since Lyft is the challenger, it has a bigger growth opportunity than Uber in the U.S., as it can continue taking share from its larger rival. However, Lyft has not expanded globally the way Uber has, and has not embraced new technologies as aggressively, though it has formed partnerships with General Motors, Alphabet, and Ford. That distinction explains why it will command a much lower valuation than Uber in its IPO.

2018 has been an ugly year for the social media industry, thanks especially to Facebook's series of public relations crises and ongoing revelations that Russian hacking on multiple social platforms influenced the 2016 election. But a social media company that has largely escaped that scrutiny is going public.

Pinterest just announced its plans to debut on the market early next year. The social site where users post images and articles to their boards now has more than 250 monthly active users, and revenue jumped 50% last year to more than $700 million. According to The Wall Street Journal, the social network is expected to hire underwriters as soon as January, and is seeking a valuation of at least $12 billion. Given the backlash against Facebook, Pinterest may find investors hungry to diversify into a scandal-free social media company.

Slack, the popular office-messaging platform, has also thrown its hat into the ring for a 2019 IPO. The company, whose software provides collaborating workers with an alternative to email, has hired Goldman Sachs to lead its public offering next year, and is seeking a valuation of $10 billion. Founded in 2009, Slack is one of several cloud-based companies that have found success in the mobile era, and has grown quickly, valued at $7.1 billion in its most recent fundraising round in August.

Given the blowout performance of cloud-computing stocks recently, Slack is likely to find a warm audience among investors.

The home-sharing disrupter would certainly be among the most anticipated start-ups to go public next year, as it was last valued at $31 billion. Airbnb also has an attractive business model with built-in competitive advantages, and it's profitable, unlike some other would-be IPOs like Uber and Lyft. However, unlike the names above, Airbnb hasn't yet declared that it is going public, though CEO Brian Chesky has said before that the company would be ready to go public in 2019. It also recently hired a CFO, filling a need before a public offering.

Investors should stay tuned for an announcement, as Airbnb would certainly be attractive given its fast growth, profitability, and disruptive potential.

Data-mining specialist Palantir Technologies could also be among the biggest IPO prizes next year. According to a Wall Street Journal report from October, the company has held talks with Credit Suisse and Morgan Stanley to go public as soon as the second half of 2019, and could be valued at as much as $41 billion.

Since it's not a consumer-facing company, Palantir doesn't have the same public recognition as some of the other names on this list. But the company's technology is valuable, and is credited with helping the government hunt down Osama Bin Laden and disrupt other terrorist networks. With just $750 million in revenue this year, $41 billion would represent a steep price for the company, as it is not yet profitable. However, CEO Alex Karp said that if the company went public, people would be "positively surprised."

Another hoped-for IPO next year is office-sharing juggernaut WeWork, which was most recently valued at $45 billion and counts Softbank as its largest investor. Though many investors are perplexed by WeWork's valuation, believing that the company is just repurposing office space in a way that any other competitor could, the company has grown like a weed, with more than 500 locations in 96 cities around the world. After the company sold $3 billion in additional shares to Softbank in November, an IPO next year seemed less likely -- WeWork is well funded at the moment. But if market conditions are amenable, WeWork could debut in 2019.

WeWork's revenue is set to approach to $2 billion this year and is still growing fast -- revenue more than doubled in the second quarter. The company has more than 500,000 members, but its losses continue to widen as it invests in growth, and that could be a concern for investors.