Even more than WhatsApp.

Snap ( SNAP -0.73% ) CEO Evan Spiegel famously turned down a $3 billion acquisition offer from Facebook ( FB -4.27% ) back in 2013, a puzzling move that turned out to be the right decision, as Snap went public last year at a valuation of about $24 billion. Even with shares now trading around $5, the Snapchat parent is valued at nearly $7 billion. The Wall Street Journal published a report on Spiegel over the weekend, which included several new revelations, including that former CFO Drew Vollero left in part because of Spiegel's fixation with developing hardware.

Facebook was still interested in acquiring the upstart social media competitor as recently as 2016, according to the report, which would have made it Facebook's most expensive acquisition ever. 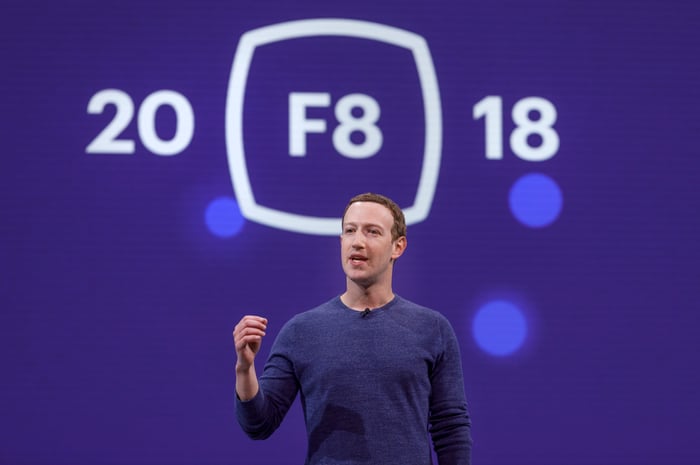 While negotiations never progressed to discussing specific prices, the news is still notable for a few reasons. The fact that Facebook was even open to acquiring Snap in 2016 is alarming, as many investors were already expecting Snap to go public in the near future with a valuation of around $25 billion. After being rebuffed at $3 billion three years prior, the astronomical increase in how much Facebook would have to pay in 2016 should have been enough to dispel any acquisition interest.

That's especially true since Facebook already knew in 2016 that Snap was struggling with user growth, thanks to competitive insights derived from its VPN spying app, Onavo Protect. Facebook closed its largest acquisition to date in late 2014, the $19 billion purchase of WhatsApp that the company is now desperate to monetize. Incidentally, data collected with Onavo Protect also guided the decision to acquire WhatsApp.

If Facebook had been able to acquire Snap for over $25 billion, it would have superseded WhatsApp.

Furthermore, if Facebook had made the blockbuster acquisition, the hypothetical deal would have resulted in yet another ginormous spike in goodwill. I'm still worried about the $15 billion in goodwill that Facebook recorded for the WhatsApp deal, as that may need to be written down in the future if WhatsApp fails to prove its value. The prospect of adding more than $20 billion in goodwill to Facebook's balance sheet is nothing short of terrifying.

For reference, the book value of Snap's stockholders' equity at the end of 2016 was just $1.5 billion, according to the company's IPO prospectus. Goodwill is calculated as the difference between purchase price and the fair value of net assets acquired; even with some adjustments to derive fair value instead of book value, we'd still be talking about over $20 billion in goodwill and intangible assets.

With as poorly as Snap has operated since going public, Facebook (and its shareholders) dodged a massive bullet by not acquiring the company.