Many retail stocks have been hammered since last September, as fears about softer holiday spending, escalating trade tensions, and the broader market downturn caused investors to flee to more conservative investments.

However, the sell-off also dragged down shares of healthy footwear and apparel makers such as Nike (NYSE:NKE), American Eagle Outfitters (NYSE:AEO), and Abercrombie & Fitch (NYSE:ANF). Today, I'll explain why investors who buy these three stocks could be well-rewarded this year.

Nike's revenue rose 10% annually to $9.37 billion last quarter, or 14% on a constant currency basis. Its gross margin expanded 80 basis points to 43.8%, thanks to higher average selling prices, and its diluted EPS grew 13%. Those were remarkably robust growth figures for the company, which previously faced concerns about competition, the saturation of the footwear market, and the bankruptcies of major retailers.

Much of Nike's growth can be attributed to its Consumer Direct Offense initiatives -- which focus on the growth of its digital channels (up 41% on a constant currency basis), its expansion in overseas markets, the delivery of more innovative products at faster speeds, and improving its connections with consumers. Wall Street expects that momentum to continue with 8% sales growth and 11% earnings growth this year.

Nike's stock isn't cheap, at 24 times forward earnings, and its forward dividend yield of 1.2% is lower than that of many other retailers. However, its "best in breed" position in a competitive market, its pricing power, and its aggressive buybacks ($4.8 billion over the past 12 months) should help it generate reliable earnings growth in 2019. Nike also has plenty of room to raise its dividend since it only spent 28% of its free cash flow (FCF) on dividends over the past 12 months. 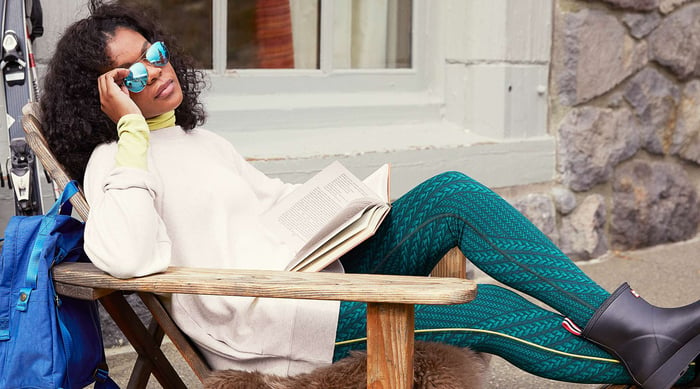 Those are solid growth rates for a stock that trades at just 12 times forward earnings, and it pays a decent forward dividend yield of 2.8%. AEO spent just 35% of its FCF on that dividend over the past 12 months.

I was bearish on Abercrombie & Fitch in the past, but I've been impressed by its turnaround under CEO Fran Horowitz, who took the helm in early 2017. Horowitz turned A&F's secondary brand, Hollister, into its primary one, shuttered weaker A&F locations, and started renovating the remaining stores.

Under Horowitz, A&F started turning on the lights and reducing the scent levels at its namesake banner's dark, cologne-filled stores, then launched a fresh and inclusive marketing campaign to counter former CEO Mike Jeffries' controversial comments and preference for shirtless models. Horowitz also focused on marketing both brands to slightly older shoppers instead of their core market of affluent teens, and she expanded the brand into high-growth markets like China.

These moves paid off as A&F posted five straight quarters of positive comps growth with stable gross margins -- indicating that it was no longer using big markdowns to boost its sales. Wall Street expects A&F's revenue and earnings to rise 2% and 46% this year, as its sales growth stabilizes and its margins improve. The stock trades at a reasonable 18 times forward earnings, and it pays a hefty forward dividend yield of 4.2%. It spent just a quarter of its FCF on that dividend over the past 12 months -- so it has plenty of room for future hikes.