The tech giant is withholding critical information just when investors need it most.

Apple (AAPL -1.25%) dropped a bombshell last night. The iPhone maker dramatically cut its guidance for the December quarter, warning investors that revenue would come in far short of its own outlook, as well as Street expectations. Apple now expects to only bring in $84 billion in revenue in its fiscal first quarter, representing an approximately 5% decline from a year ago. This comes shortly after the company said it would stop disclosing unit sales, arguing that "a unit of sale is less relevant for us today than it was in the past."

That data would sure come in handy right about now. 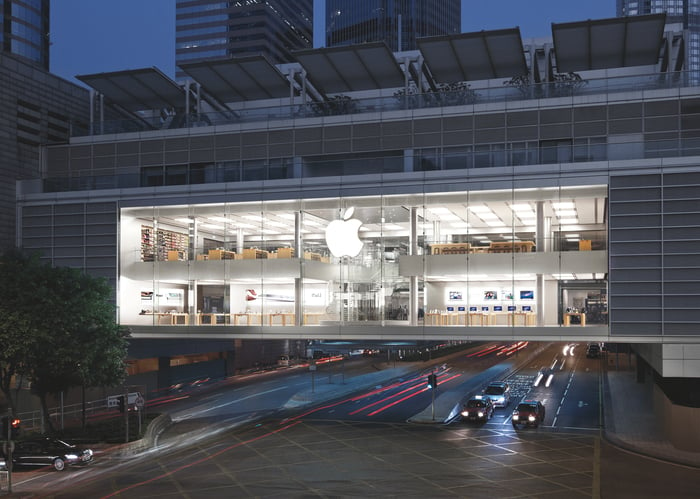 Here's what we know. In a letter to shareholders yesterday, CEO Tim Cook noted that every other segment combined grew 19%, which is to say that non-iPhone revenue grew from $26.7 billion to about $31.8 billion. That includes hitting record revenue in smaller businesses like the Mac, services, and wearables. It also means that iPhone revenue came in at $52.2 billion -- a brutal 15% year-over-year decline.

Facing that kind of drop in Apple's most important business during the most important quarter of the year, investors would be interested to see how the dynamics of iPhone sales may be shifting. Are average selling prices (ASPs) falling as consumers opt for more affordable models, eschewing the priciest models that can cost nearly $1,500? Or are ASPs stable while Apple can still sell its flagship devices to its loyal user base, even if slower upgrades weigh on unit volumes? There's no way to know.

Despite Apple's contention that unit sales simply aren't that relevant these days, the slashed outlook proves beyond a doubt that iPhone unit sales are still absolutely critical to the business, and the company is doing investors a disservice by no longer reporting that information.

No alarms and no surprises, please

In many ways, this was inevitable. While the iPhone's astronomical success over the past decade has made Apple the richest company on earth, it also heavily concentrated the business on that single product line. There was always a risk that a lackluster iPhone product cycle would disproportionately hurt Apple's financial performance.

Moreover, the broader smartphone market has been plateauing for quite some time, with global unit volumes expected to decline by 3% this year, according to IDC. Smartphone upgrade cycles have also been creeping higher for years, with U.S. consumers upgrading every 32 months on average, according to NPD. Wireless carriers are now rolling out three-year installment plans and leases -- which are their primary way to tether users in lieu of service contracts -- in response. It's been nearly two years since Apple reported its first decline in iPhone unit sales.

For all of these reasons, it should come as little surprise to long-term observant investors that Apple's iPhone business is hitting a wall. Apple was able to stave off negative narratives by posting iPhone revenue gains, driven entirely by price increases, but that strategy also has a limit. If anything, the most bizarre aspect is that management has been so reluctant to warn investors of challenges in the iPhone business, as the signs have been at the periphery for years.