Shares of Bitauto Holdings (NYSE:BITA) climbed 34.2% in November, according to data from S&P Global Market Intelligence. The online automotive e-commerce platform saw explosive stock gains in the month despite a significant sell-off for Chinese technology stocks and a decline in the valuation of its Yixin subsidiary. 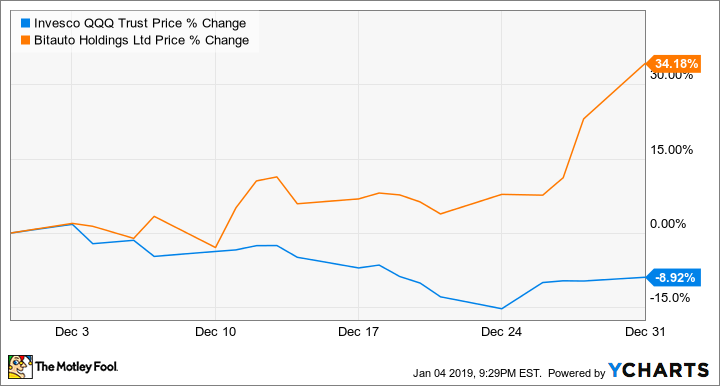 There does not appear to have been any company-specific news behind Bitauto's big December gains. Instead, some promising research and indicators for China's automotive e-commerce industry, despite declining car sales in the country, appear to have been positive catalysts for the beaten-down stock. 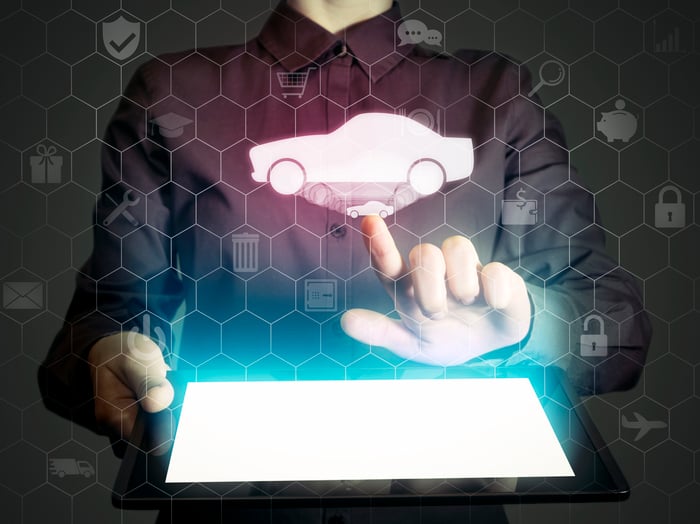 Chinese vehicle sales fell 6% in 2018, the first time that sales have declined on an annual basis in two decades. The research conducted by the China Passenger Car Association suggested that the overall industry decline would continue for the next two years before rebounding. Overall auto data out of China has not been encouraging over the last year, but specific trends within the industry seem to bode well for Bitauto.

Market Research Future published a report estimating that the country's automotive e-commerce market would grow at a 6% annual rate from 2018 to 2023 despite the headwind of lower auto sales in the near term. An agreement between Ford and Alibaba to sell the automaker's vehicles on Tmall also signaled that automotive e-commerce growth is likely to accelerate.

Bitauto has retraced some of its December gains in January, with shares trading down 17.5% over the stretch despite positive momentum for the Chinese tech sector. 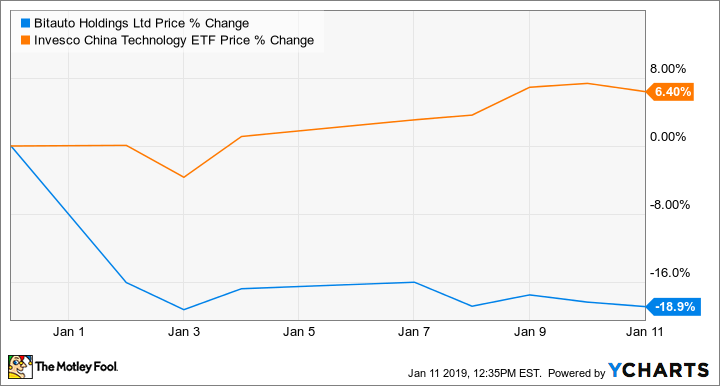 Without any substantial news to point to as a catalyst for the decline, the sell-offs seem to be a reaction to the stock's big December gains. Taking a longer-term vantage, Bitauto stock could be worthwhile for risk-tolerant investors. The company delivered promising third-quarter results at the end of November, with its revenue increasing 25.9% year over year and its adjusted earnings per share roughly doubling. China's automotive e-commerce market is still relatively young, and Bitauto's stock has historically been volatile, but shares present substantial upside, trading at roughly 12 times this year's expected earnings.