Coherent shareholders felt the impact of trade tensions between the U.S. and China last year.

Shares of Coherent (COHR) fell 62.5% in 2018 according to data from S&P Global Market Intelligence. The laser company's stock was substantially affected by the ongoing trade disputes between the U.S. and China. 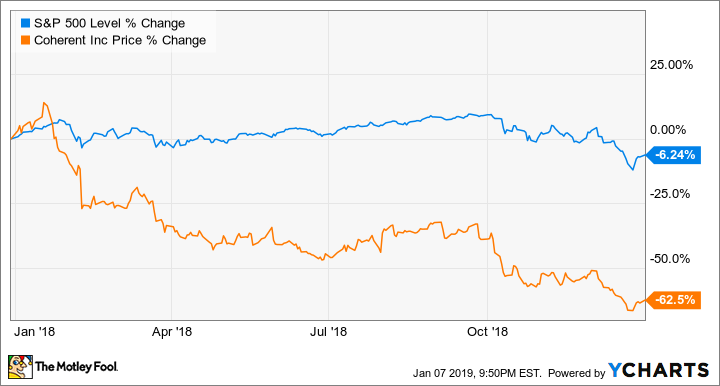 Coherent makes commercial lasers and lasers used in the manufacturing of products including automotive components, medical devices, and display screens. Softening demand for some of its key offerings was made worse by the trade situation and slowing economic growth in China. 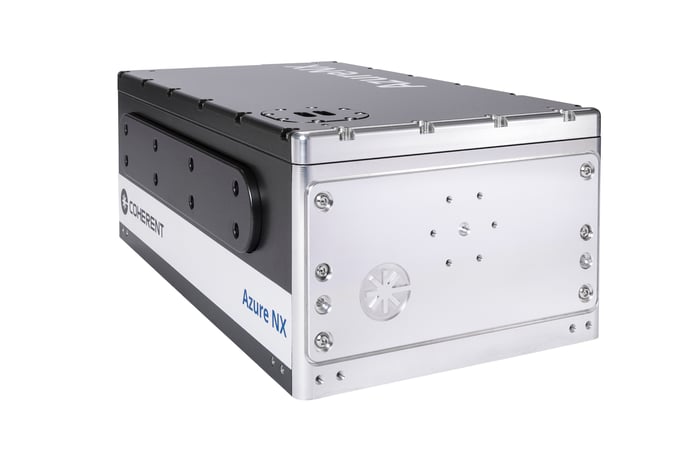 The laser company's stock fell early in the year as management issued guidance that braced investors for weakening sales and margins as the year progressed. Business has been affected by declining demand for OLED screens, a trend that management expects will reverse starting in 2020, and slowdown for the company's other key product categories has meant that declines for the screen business are no longer being offset. Trade disputes between the U.S. and China and the implementation of new tariffs played a substantial role in that dynamic.

Management expects that this year's sales will decline roughly 10% compared to 2018's, largely due to the impact of softer manufacturing demand in China. Coherent plans to reduce operating expenses between $10 million and $15 million on the year in order to partially offset the sales decline.

Coherent stock has seen some recovery along with the broader market early in 2019. The company's shares are up roughly 9.1% in January so far. 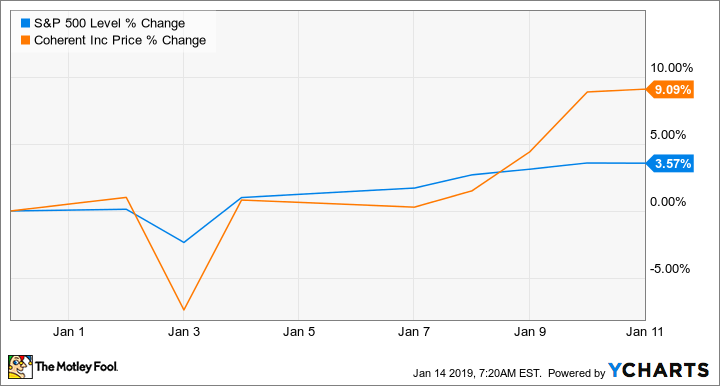 The outlook on trade relations between China and the U.S. remains uncertain and will likely continue to have a significant impact on Coherent's share price. However, the beaten-down stock could see big gains if the trade situation improves and its OLED business starts to rebound next year. Shares trade at roughly 1.5 times the year's expected sales and 10 times expected earnings.