There have been a few trends that have gained steam over the past few years and are shaping up to become even bigger in 2019. For those who've been paying close attention to the technology, automotive, and healthcare industries, you've likely noticed that artificial intelligence, electric vehicles, and cannabis growing are three stock ideas that just can't seem to stay out of the headlines.

Like most investment trends, betting on these trends early is better than holding off for too long. You might have to stomach some volatility as they grow, but there's no mistaking that each offers its own unique investing opportunity. 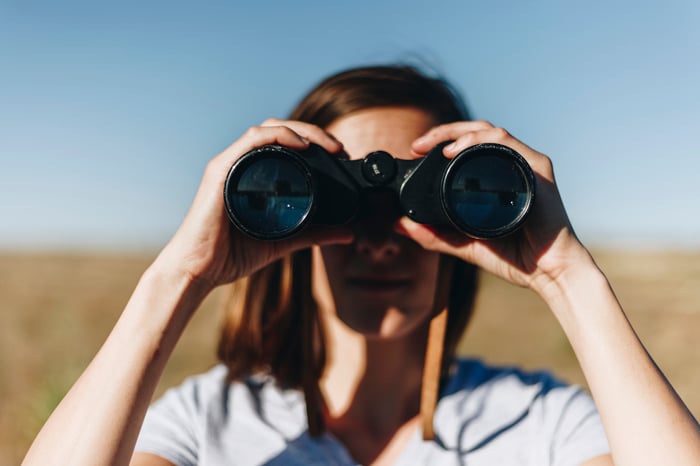 Waymo's service is still in the early stages, but estimates have put the company's potential market value at $70 billion.

Amazon (NASDAQ:AMZN) is also knee-deep in AI and already uses machine learning, a type of artificial intelligence, for the speech and image recognition services it provides through its Amazon Web Service (AWS) cloud-computing platform. Amazon CEO Jeff Bezos has also highlighted the use of machine learning to improve how the company forecasts product demand, product search rankings on its website, and deal recommendations.

Amazon's AI integration is an example of how businesses will implement AI over the coming years, and as they do, they'll create $3.9 trillion in global business value (including cost reductions, new revenue streams, and better user experiences) by 2022, according to Gartner. And that might just be the tip of AI's full potential. Artificial intelligence could add $15.7 trillion to the global economy by 2030, according to PwC.

This one might seem like an odd trend to highlight, but recent moves by General Motors (NYSE:GM) indicate that electric vehicles are on their way to becoming more mainstream. The company announced back in November that it was laying off some of its workers in part so that it can focus attention on making a new platform for electric vehicles (EVs).

GM is expected to release the first EV on the new platform in late 2021 or early 2022, and it will eventually use it across its Cadillac, Buick, and Chevrolet brands, though its initial EV focus in the U.S. will be on Cadillac vehicles. The pivot to EVs is a big one for GM, and the move may be partially influenced by the rise of EV sales in China, which is the largest automotive market. Electric vehicle sales in the country already outpace those in the U.S.

The jump in Tesla Model 3 deliveries over the past year prove that the company -- and EVs in general -- are only beginning to find traction. It's worth pointing out that there's still a long road ahead for Tesla. Musk recently said that he's laying off 7% of the company's workforce while still aiming to increase Model 3 production.

Over the next few years, EV sales are poised to take off. The latest estimates from J.P. Morgan show that global sales of electric vehicles will reach 8.4 million units in 2025, up from just 1 million in 2016. And with those increases, EVs will create a $567 billion market that same year.

And finally, one of the biggest trends many investors are watching right now is the cannabis industry. Much of the excitement around this market comes from what's happening in Canada, where the sale of marijuana to adult individuals for recreational use is now legal across the country.

The opening up of the cannabis market in the country has caused the share price of the few publicly traded Canadian marijuana growers to skyrocket recently. For example, shares of Canopy Growth Inc. (NASDAQ:CGC), one of the largest cannabis growers in Canada, have popped 60% over the past six months. Investors are optimistic about a $4 billion investment the company received from Constellation Brands (NYSE:STZ), one of the world's largest alcoholic beverage companies, in mid-2018. Canopy also recently made a move to begin selling hemp-based consumer goods in the U.S. that's sparked investor optimism.

Another big player in marijuana stocks is Aurora Cannabis (NASDAQ:ACB), which is one of the top cannabis-producing companies. Aurora is benefiting from medical marijuana sales in countries around the world and has expanded its reach recently through several important acquisitions. Aurora's stock, like most marijuana stocks, remains highly volatile but has lots of potential.

The worldwide legal cannabis market is expected to grow to $194 billion by 2025, and if current trends continue in the U.S., America's marijuana market will be worth $23.4 billion by 2022.

It's impossible to predict how these trends will grow, of course. But there's no denying that electric vehicles, artificial intelligence, and the cannabis industry are hot markets getting lots of attention right now.

In the coming years, it's likely investors will continue to hear more about these markets as more companies use AI to improve their businesses, as EV sales continue to grab more automotive market share, and as more countries (namely, the U.S.) expand legal cannabis sales. For investors looking to benefit from some of the biggest trends available right now, each of the companies mentioned above is worth a closer look.