Check out the latest Robert Half earnings call transcript.

The market may be fretting over the direction of the global economy, but if results from staffing company Robert Half International (RHI -0.33%) are a useful guide, then the economy is doing just fine. The company reported a good set of results and has started 2019 on a strong note, too, just as it did in 2018. Let's look at a company typically seen as a bellwether for trends in the economy.

It was a pretty good quarter, and management's disclosure of revenue trends shows ongoing strength in 2019. The way to read this table is to observe how the company exited the quarter (December) versus performance through the quarter, and then compare it with how the company has begun 2019. As you can see below, the rate of revenue growth appears to be increasing in 2019 compared with the final quarter of 2018. 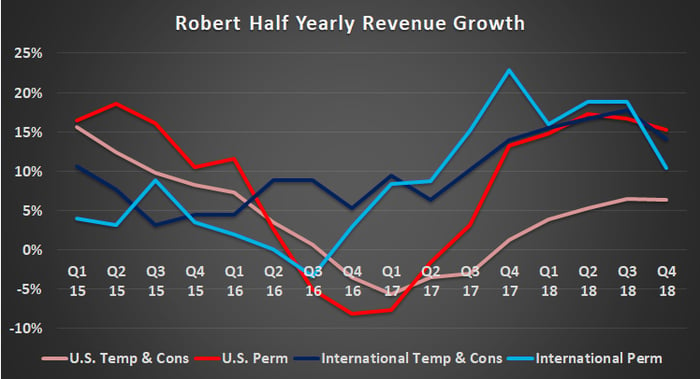 Discussing the current environment in the U.S., CEO Max Messmer painted a picture of optimism over hiring by Robert Half's small and midsize customers, accompanied by skill shortages in the job market -- good news for staffing companies as it creates a tight labor market for those with the right skill sets.

Messmer cited research by the National Federation of Independent Business (NFIB) that showed business optimism "remains near historically high levels" and that "small business owners are moving forward with hiring plans." However, he added, "Not being able to fill these jobs fast enough is the biggest barrier to growth -- 60% of business owners said they are hiring or trying to hire, and 90% of those reported few or no qualified applicants." Messmer also sees skill shortages as being global.

One way to judge the company's strength is to look at bill rates, and here CFO Keith Waddell affirmed that conditions are improving. He said that bill rates were up 5.2% year on year for the fourth quarter, versus an increase of 4.9% in the previous quarter, and affirmed that Robert Half was just now getting into the kind of 5% bill-rate increases that the company reported in the 2004-2008 period before the last recession.

You can read a full transcript of Robert Half International's conference call here.

For reference, Robert Half's management doesn't give yearly guidance, and staffing companies traditionally don't have much visibility into the future. Nevertheless, current trends remain strong, and Messmer defined the global labor market as being "a candidate-short market." 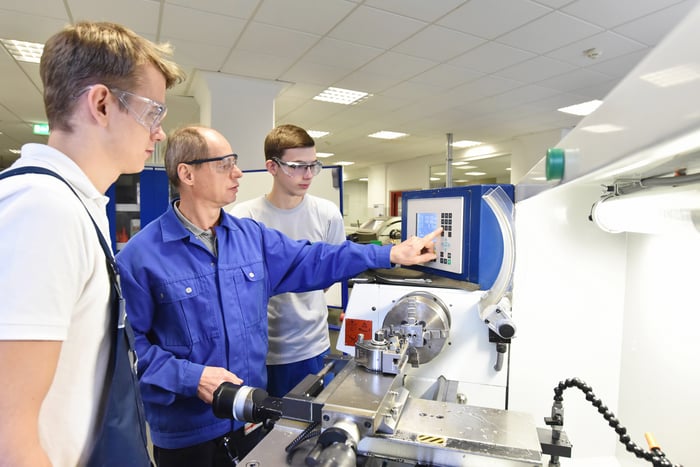 The company's earnings and management's commentary suggest that the global economy remains in growth mode, and it's worth noting that employment gains usually lead to increases in income and consumption spending as well as supporting the housing market.

Meanwhile, skill shortages provide staffing companies like Robert Half with opportunities to flourish as they help companies match with candidates. Investors will hope that current conditions extend through 2019, because based on the fourth-quarter showing, Robert Half is in good shape.