A big earnings beat and better-than-expected targets for 2019 have helped push Xerox stock to a six-month high.

Shares of Xerox (XRX) gained 42.8% in January, according to data from S&P Global Market Intelligence. The stock climbed steadily along with the broader market's rebound early in the month and then saw a big jump after the company published fourth-quarter results and 2019 guidance that reassured shareholders. 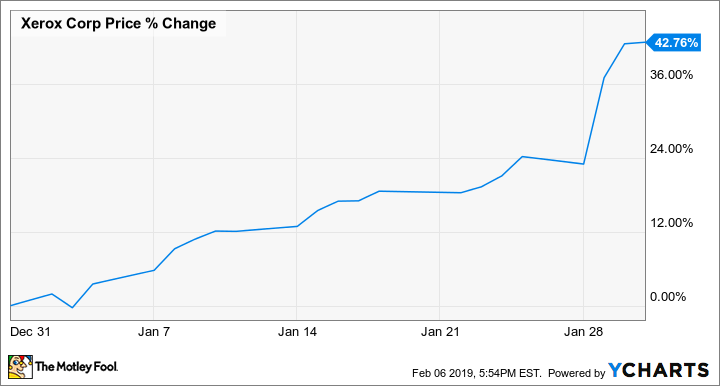 Xerox stock fell 27% across the final quarter of 2018, with the most precipitous drop in December after Moody's Investors Service downgraded its rating on the company's corporate bonds. However, a fourth-quarter earnings beat and an encouraging outlook for 2019 helped the stock bounce back. 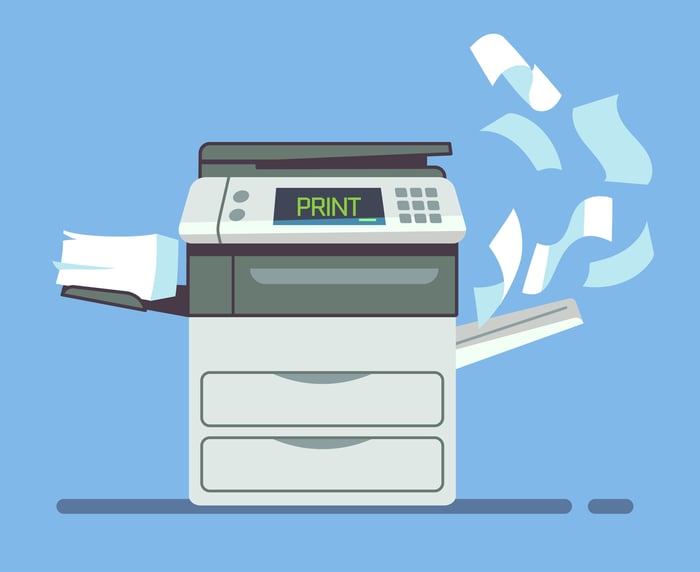 Xerox's fourth-quarter sales fell roughly 5% year over year to land at $2.53 billion, coming in below the average analyst estimate for revenue of $2.56 billion. But earnings for the period were significantly better than the market expected, with the company's per-share profits of $1.14 handily beating the average analyst estimate of $1.04. Coupled with guidance for more earnings growth in 2019, the beat helped Xerox stock recover from its slump.

Xerox stock has continued to climb in February, with shares trading up roughly 4.1% in the month so far. 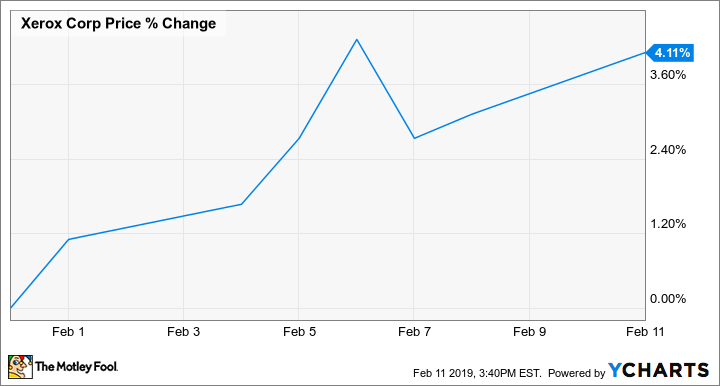 The company expects sales to decline roughly 5% on a constant currency basis this year due to soft demand from original equipment manufacturers and an unfavorable product-launch timing comparison. However, management projects that operating income for 2019 will rise roughly 5% at the midpoint of its target and reach $1.2 billion, and adjusted EPS to come in between $3.70 and $3.80, up from $3.46 last year.