All have improved, but one stands out.

J.D. Power released the latest edition of its Vehicle Dependability Study this week. You probably won't be surprised to learn that Toyota ( TM 1.17% ) and its Lexus luxury brand were at the top of the ratings.

However, if you're an investor in General Motors ( GM 0.22% ) or Ford Motor Company ( F 0.42% ), you might be surprised by how the Detroit automakers performed.

Why this study is a big deal

First, let's explain what this study measures (and what it doesn't). The J.D. Power Vehicle Dependability Study, or "VDS," measures problems in the third year of a vehicle's life. In other words, this year's study looked at problems in 2016 model-year vehicles that were still owned by the people who had bought them new.

The VDS is an annual study. For the 2019 edition, J.D. Power surveyed 32,952 original owners of 2016 model-year vehicles in the last three months of 2018. The owners were asked to detail problems they'd had over the previous 12 months in eight key areas, including problems that go beyond parts that failed -- including issues with features and controls, as well as the overall driving experience.

The intent of the survey is to evaluate how well an automaker's vehicles hold up over time. It's designed as a complement to the other big J.D. Power auto study, the Initial Quality Study, or IQS, which looks at problems in the first 90 days of ownership. Think of it this way: The IQS looks at problems that might arise from manufacturing defects, while the VDS looks at how well the vehicle holds up over time. Looking at both studies can give us some insight into an automaker's overall quality.

The VDS ranks auto brands by the number of reported problems per 100 vehicles (so a lower score is better). It also names the top three models in each of the major market segments, as well as the most dependable model overall.

Long story short, there are a couple of different ways for an automaker to do well on the VDS: Its brands can rank highly, it can have several models named as best in their segments -- or both.

How the automakers scored on vehicle dependability

Here's how the brands ranked in the 2019 J.D. Power Vehicle Dependability Study. 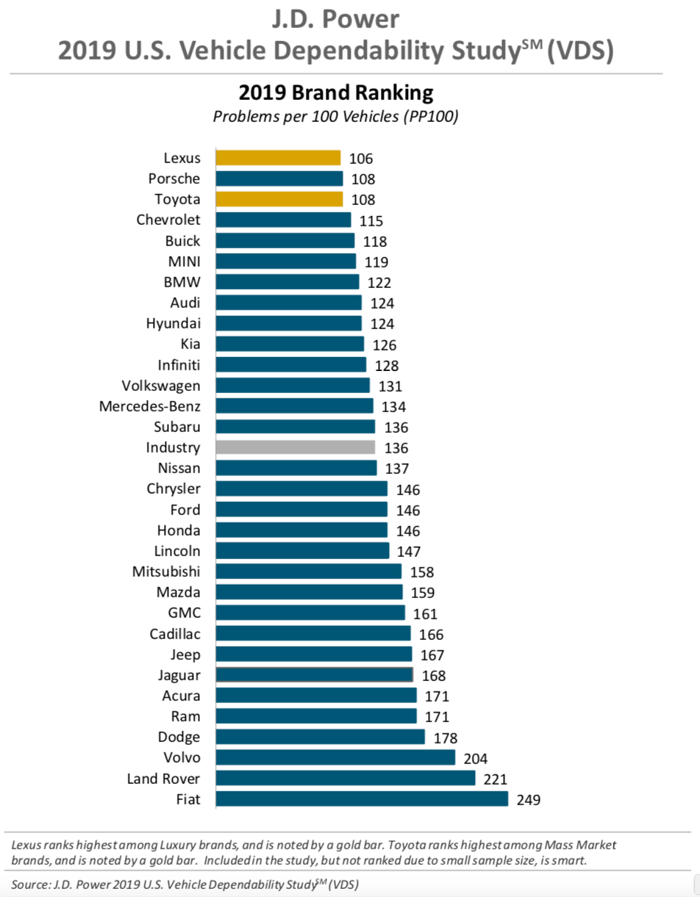 What can we learn from this? First, that some brands rank well year after year. Four of the top five brands in this year's study were in the top five in 2016 and 2017 as well -- and three are repeated from last year's edition.

As I said above, most readers won't be surprised to see Toyota and its luxury brand, Lexus, leading the mass-market and luxury fields, respectively. And readers who have followed these kinds of rankings in the past know that Porsche has long ranked near the top for both initial quality and dependability.

But what might be a surprise to some is that General Motors' ( GM 0.22% ) Buick brand has ranked in the top five every year since 2014 -- and in five of those six years, GM has had a second brand in the top five as well.

GM also did well in the segment awards, receiving five: The Buick LaCrosse, Buick Verano, Chevrolet Equinox, Chevrolet Silverado HD, and Chevrolet Sonic all led their segments. (Toyota was second with four segment awards; BMW took three; Volkswagen and Fiat Chrysler Automobiles each received two; and Ford, Hyundai, Kia, and Nissan won one each. The award for the most dependable model went to the Porsche 911.) 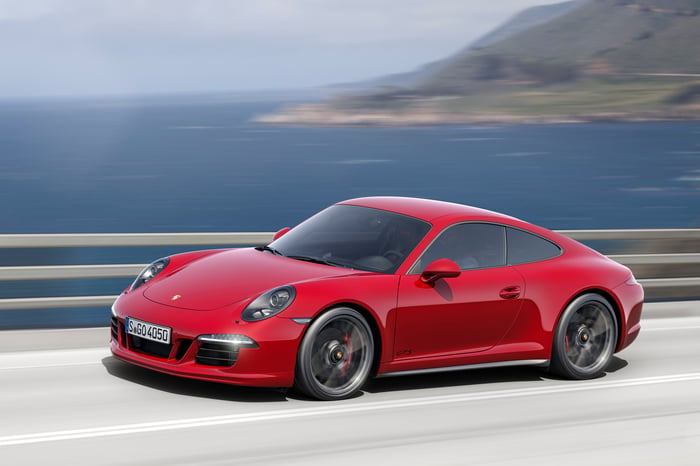 For one thing, it's a good example of why investors should always double-check conventional wisdom against actual data.

For instance, the conventional wisdom is that GM's vehicles don't hold up as well as their Japanese and German rivals. But GM's consistently good performance in the VDS over the last several years challenges that conventional wisdom.

For GM investors specifically, there's another consideration: residual value, the estimated value of a vehicle at the end of a new-car lease. For automakers with captive-financing units (like GM), higher residual values mean that the automaker can offer more attractive lease terms up front, generate more profit from its captive-finance unit, or both.

Vehicles that rate highly for dependability tend to earn higher residual values because they're more in demand as used cars, and thus command higher prices at used-car auctions. GM's improvements in dependability have led directly to higher profits from GM Financial. 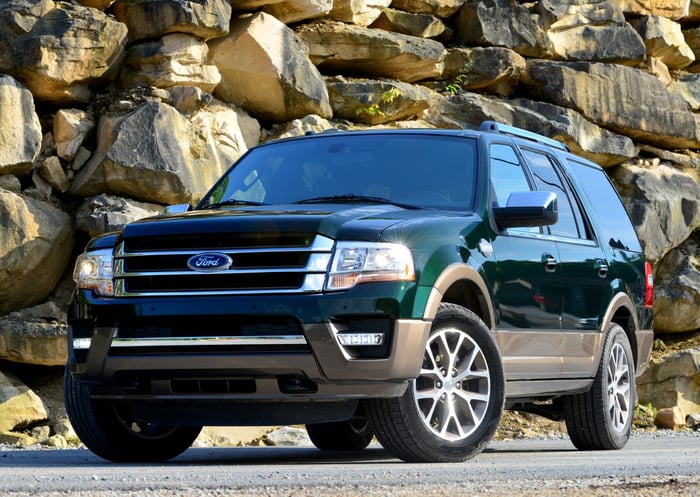 The only Ford to win its segment was the last-generation Expedition SUV, since replaced by an all-new model. Image source: Ford Motor Company.

And what about Ford? Ford investors can take some solace from the fact that this survey focused on 2016 models. With the Blue Oval in the midst of overhauling its global product line, it's possible that the company's ranking will improve quite a bit over the next few years.

But here's the takeaway: Nearly a decade after GM emerged from bankruptcy, its huge gains in dependability are still a bit under mainstream investors' radars -- but it's an advantage that is already translating, albeit indirectly, to GM's bottom line.