The marijuana industry has taken the investing world by storm, and cannabis stocks have soared so far in 2019. Rising demand from the legalization of recreational cannabis in Canada has been a huge growth opportunity, and as more states in the U.S. join the legal marijuana movement, the industry continues to gain momentum.

Nearly all of the major players in the marijuana market produce dried cannabis for smoking. But not everyone who wants to get the medical benefits of marijuana wants to smoke it. Moreover, companies that have been able to differentiate themselves by offering value-added products like softgels for cannabis-infused oils have been able to reap premium prices in some cases. That's likely the thinking behind Aphria's (NASDAQ:APHA) latest move to offer a transdermal patch for cannabis users. 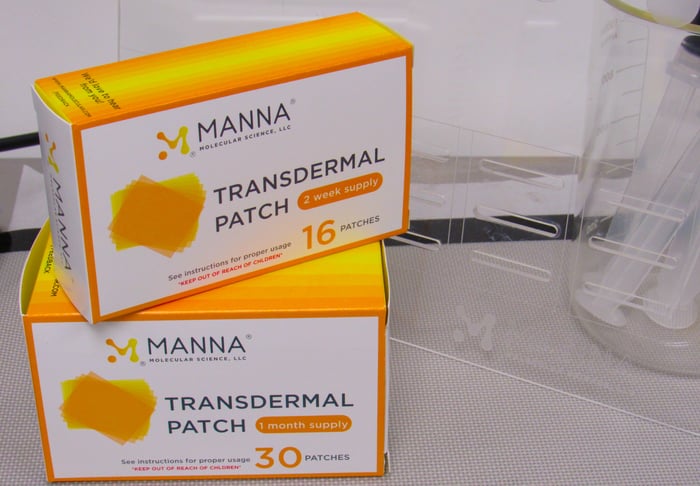 How will pot patches work?

Aphria entered into a licensing deal on Feb. 26 with a company called Manna Molecular Science. Manna is a specialist in working with cannabis extracts and using innovative technology to help adapt them for medical purposes. Although it's just four years old, Manna has scientists on its team who have worked in the pharmaceutical and chemical industries for decades, and the Massachusetts-based company boasts a collaboration with scientists from the Massachusetts Institute of Technology in helping it come up with product ideas.

The deal gives Aphria a worldwide license to produce and sell transdermal patches containing cannabis oils. Aphria will then be able to market those products to customers both in its medical marijuana business and to the recreational adult-use market. For five years, Aphria will have exclusive preferred vendor status in working with Manna, and the license will be exclusive during that period for any Manna patch products using cannabis oil as an active ingredient.

According to Manna, MIT pharmaceutical researchers designed the transdermal patch to work for all cannabinoids. When used in conjunction with high-quality cannabis extracts, the patches should be able to achieve pharmaceutical-quality standards, making them attractive for the medical marijuana market. The patches deliver cannabis-derived ingredients through the skin over a 12-hour period.

What Aphria gets out of the deal

Aphria is excited about the prospects for transdermal patches. In Aphria President Jakob Ripshtein's words:

As we continue to expand [marijuana's] use from product to ingredient, we are excited to offer innovative new ways for consumers to interact with cannabis. As a company at the forefront of cannabis innovation, Manna Molecular Science will be an important strategic partner for Aphria. Like us, they are committed to making safe, high-quality cannabis products available to a wide array of global consumers.

Yet, perhaps most importantly, the deal gives Aphria a chance to move past some of the more controversial issues that it's faced lately and get back to product development and marketing. A hostile takeover attempt from Green Growth Brands has distracted from its own business strategy. Moreover, allegations of insider misconduct regarding Aphria's acquisition of LATAM Holdings led to the creation of a special committee to review the matter. Even though the review ended favorably and several major governance changes resulted from the process, some investors still aren't entirely comfortable with how the transaction took place.

What's next for Aphria?

Given the rapid expansion of interest in marijuana, it's essential for companies like Aphria to identify growth opportunities and to seek ways to stand out from the crowd. Taking on a new product concept like transdermal cannabis patches is a good step for Aphria, but it's only a single step. Ideally, if Aphria can string several positive moves like this in a row, it'll go a long way toward helping the company regain its reputation -- and possibly attract interest from a much larger consumer-goods partner that could help it compete more effectively against its cannabis stock rivals.