these stocks could help pay for your retirement.

The traditional rule of thumb is that as you near retirement -- and especially once retired -- bonds should become an increasingly important part of investment portfolios. That isn't always the case, though. In fact, stocks can provide returns that outpace the cost of living over the years, and they can pay out healthy dividends along the way to help pay for a life free of work.

Of course, staying well diversified is of the utmost importance when picking stocks for retirement. To help, here are three that our Foolish contributors think fit the bill: Hasbro (HAS -1.94%), Aflac (AFL 0.27%), and Procter & Gamble (PG -0.85%).

Hasbro in the attic... for now

Nicholas Rossolillo (Hasbro): Before I go too far, I first want to acknowledge that owning Hasbro has been no walk in the park the past couple of years. Though the maker of popular brands such as Nerf, My Little Pony, Monopoly, Play-Doh, and Transformers is a part of the lives of millions of children around the world, 2018 was a tough year. The stock is off of its high-water mark set over the summer of 2017 by some 25%.

The situation was mostly brought on by the demise of Toys "R" Us, Hasbro's top retail outlet until it went under last year. As a result, sales fell 12% last year, and earnings adjusted for non-recurring one-time items were down 30%. Hasbro thus underscores the need for retirees to keep their stock holdings diversified. Nevertheless, the stock is still a great pick for those living off their investments.

As of this writing, the stock pays a 3.2% dividend -- which, by the way, was easily covered by the $506 million in free cash flow generated last year. That means the company can keep paying shareholders while it continues to invest in growth. New digital sales channel partnerships are being developed, the company purchased the Power Rangers brand, and movie and game content is continuing to be developed, to name just a few initiatives.

Management didn't provide guidance for 2019 yet, but after a bruising 2018, the new year looks much more promising. Hasbro is making progress on replacing its lost Toys "R" Us business, and a busy year of toy making is likely to lie ahead, with plenty of potential box office hits scheduled for release from key partner Disney (DIS -0.76%). It's been rough going, but Hasbro would still make a great addition to retirement portfolios.

Check out the latest earnings call transcripts for Hasbro, Aflac, and Procter & Gamble.

Chuck Saletta (Aflac): Perhaps best known for its longtime spokesduck, supplemental-insurance giant Aflac has many characteristics that make it a great dividend stock for retirees to consider owning. First, its dividend is well covered by its earnings capacity, with its payout representing only around 28% of its trailing earnings. A strong dividend coverage ratio offers a decent reason to believe the company can maintain its payment even in the face of significant, though temporary, troubles. 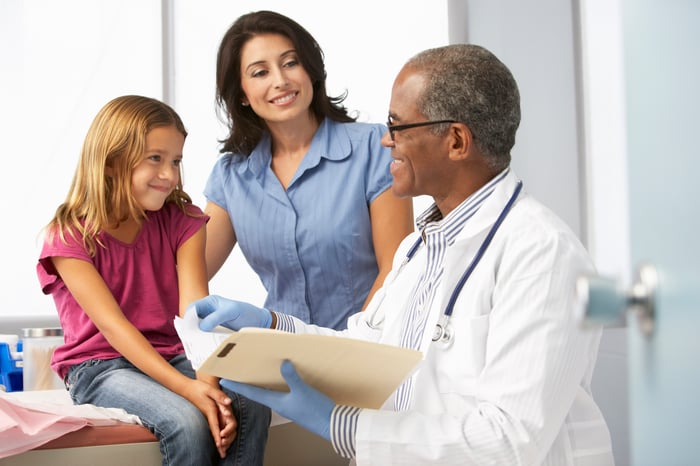 Second, Aflac has a 36-year history of increasing its dividend annually, with its most recent increase announced this January. Its increase was to $0.27 per share per quarter from $0.26 per share per quarter. That's around a 3.8% boost and keeps up with recent and anticipated inflation. While dividend increases are never guaranteed, when a company establishes a track record of increases, it does send a signal to investors that its dividend is an important part of how it manages its business.

Third, Aflac has a solid balance sheet and a conservative investment strategy. Its debt-to-equity ratio clocks in at a mere 0.25, indicating that it hasn't overleveraged itself on debt. In addition, the vast majority of its own investment portfolio is held in investment-grade or government bonds. While that strategy won't light the world on fire, it also helps provide a very high likelihood that the company will be able to meet its own financial obligations, even if it faces a surge in unexpected claims.

Aflac's approximately 2.2% dividend yield is only slightly ahead of the overall S&P 500 yield of around 1.9%. With the company's solid foundation and track record, along with reasonable projections for modest growth over the next several years, Aflac has much to offer to make it worth a retiree's consideration.

Daniel Miller (Procter & Gamble): When considering stocks that are perfect for retirees, companies that have long-standing competitive advantages, a healthy dividend yield, and a proven track record of success should be at the top of the list. Procter & Gamble absolutely fits the bill.

The consumer-goods juggernaut has been in business for over 180 years and has products in more than 180 countries, spanning 10 categories. It's also increased its dividend for 62 consecutive years and currently offers a healthy and enticing 2.9% dividend yield. But words can only convey so much. This graph sums it up well: 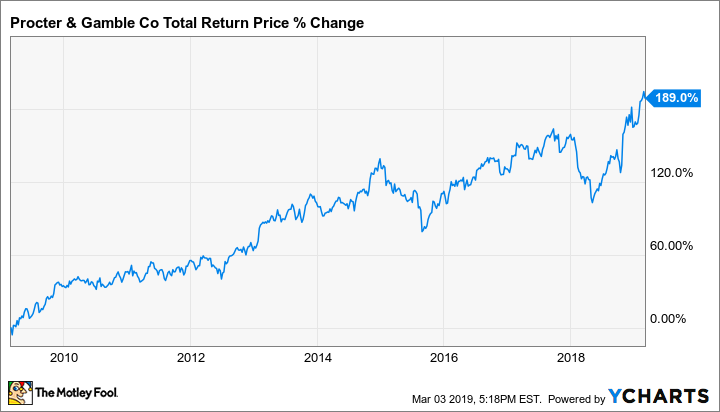 Beyond its healthy dividend and consistent increases, the company's stock is up almost 25% over the past year because its transition to fewer brands is gaining traction. To make a long story short, P&G offloaded roughly 100 brands from its portfolio, leaving it with a core group of 65 brands to double down on efforts to grow organically in the most lucrative areas.

P&G is a consumer-goods giant with more than 21 brands generating between $1 billion and $10 billion in annual sales, and another 11 brands that generate between $500 million and $1 billion. It has a long history of adapting and succeeding through different economic scenarios, and it has consistently rewarded investors with an increasing dividend. P&G is, in short, a phenomenal dividend stock for retirees.