The telecom giant is selling fewer phones, but it still expects to grow wireless service revenue.

iPhone maker Apple isn't the only company struggling with the sea change going on in the smartphone market. Consumers are holding onto their phones for longer, delaying upgrades at a time when smartphone innovation has slowed, and when flagship phones are rising in price. The smartphone market is in decline both globally and in the U.S, and it's hitting AT&T ( T -0.77% ) where it hurts.

AT&T CFO John Stephens provided an update on the company's 2019 outlook during a presentation at the Deutsche Bank Media, Internet, and Telecom Conference on March 12. Among other things, Stephens laid out the financial impact of a slowing market for smartphones. 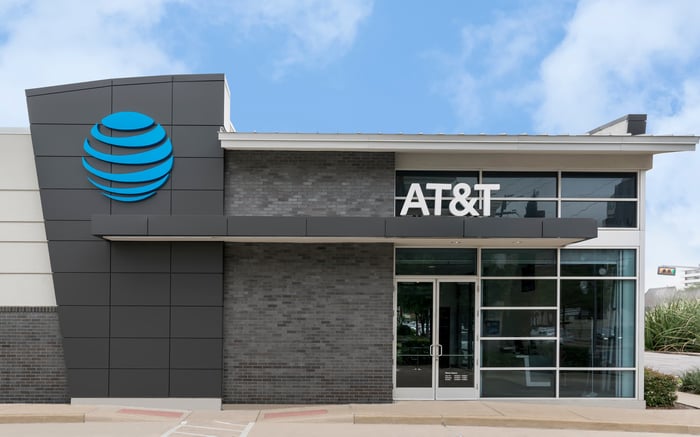 Although smartphones can be bought at retailers like Best Buy and online, many people still buy them directly through their wireless carrier. There are around 5,300 AT&T branded stores, with some owned by AT&T and some operated by third parties. The company announced last September that it plans to add another 1,000 new store locations in the U.S. to expand its footprint even further.

The timing of those expansion plans is questionable given what's happening in the smartphone market. Stephens didn't provide an update on the company's store plans during the conference, but he did quantify the impact of a lengthening upgrade cycle. With wireless customers holding onto their devices for longer periods of time, AT&T has seen its equipment revenue through the first two months of 2019 drop by about $100 million compared to the prior-year period. That implies a half-billion-dollar impact for the full year if the trend continues.

The good news is that AT&T still expects to see its wireless service revenue grow, and it doesn't expect lower equipment sales to affect wireless profitability. In the fourth quarter of 2018, AT&T reported net phone adds of 147,000 in the U.S., enough to drive mobility service revenue up 2.9% on a comparable basis. AT&T expects that growth to continue despite slower smartphone sales.

In addition to the update on the wireless business, Stephens talked about other issues that will affect AT&T's 2019 results. The company maintained its full-year adjusted earnings per share guidance calling for low single-digit growth, but Stephens said that quarterly EPS may vary from historical trends.

A strong U.S. dollar will hurt reported revenue from the company's foreign operations, namely WarnerMedia, DIRECTV Latin America, and business wireline services. But expenses will be similarly reduced, and the company expects that reduction to mostly offset the reported revenue decline.

The first quarter of 2019 will see a $200 million to $300 million increase in amortization of prior-year commissions, which will hurt earnings and wireless service margins in the beginning of the year. WarnerMedia will see higher sports programming costs in the first half of the year compared to the second half, so the company is expecting a strong second-half performance that will buoy its full-year results. AT&T also plans to launch new streaming services around WarnerMedia content this year.

There are a lot of moving parts, and a lot that could derail AT&T's 2019 outlook. The company will report first-quarter results on Wednesday, April 24 before the market opens.