This investor thinks it's a great time to take some of his chips off the table.

I've been a Chipotle Mexican Grill (CMG 3.93%) fan and shareholder for nearly a decade. I love the company's food and the investor in me has long believed in the concept's growth potential.

My bullishness caused me to hold on to all my stock throughout the food safety crisis. I even added to my position on the way down.

While I still think long-term optimism is warranted, I have decided to sell some of my stock. Here's why. 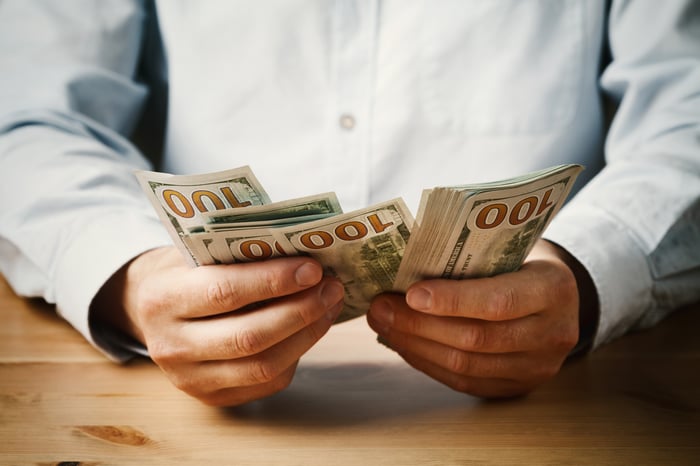 1. Big catalysts are in the rearview mirror

Chipotle's stock has been a rocket ship ever since Brian Niccol was brought in as the new CEO.

Niccol has made some great moves in his first year in the corner office. He has brought back chorizo and permanently expanded the chain's vegan options. He struck up a delivery partnership with DoorDash and he has placed a needed renewed emphasis on digital channels. Niccol is also experimenting with drive-thru pickup options and finally launched a loyalty program. He even set a goal to reduce the company's food waste.

Early signs show that these no-brainer moves appear to be working. Store-level traffic is heading in the right direction, albeit at a modest pace. Wall Street has significantly bid up the stock in response.

The downside for investors is that the low-hanging fruit has already been picked. The company has already executed on its list of obvious changes that would drum up excitement for the business (except for adding breakfast).

A lot of my bullishness for Chipotle used to hinge on former CEO Steve Ells' belief that the company's model could be applied to other types of food. The company started a pizza chain called Pizzeria Locale, an Asian-cuisine chain called ShopHouse Southeast Asian Kitchen, and a burger joint called Tasty Made that all sought to play off Chipotle's strengths.

I love it when a company is willing to make small bets like this. If they work, it can add another avenue of growth and drive years of outperformance. If they fail, it doesn't cost the company all that much.

Unfortunately, Chipotle has admitted defeat on both ShopHouse and Tasty Made. Pizzeria Locale is still alive but the company shuttered five locations in 2018. It is unclear whether Chipotle will ever put the resources behind Pizzeria Locale to allow it to drive needle-moving growth.

3. The price is right

Chipotle's stock has been a monster winner over the past year. With shares currently hovering around $700, the stock is trading for 45 times next year's earnings estimates. I think that valuation is pricing in a lot of good news.

I'm optimistic that the recovery will continue, but I'm not sure that it will happen at the pace that Wall Street currently expects. If the company slips up or has any other food safety issues, the share price could get hit hard.

In other words, Chipotle stock just isn't as attractive to me at $700 in the same way that it was at just over $250 a little over a year ago.

4. Better places for the money

Figuring out when to sell a stock is always hard. However, since Chipotle currently accounts for more than 4% of my portfolio and I've got other stocks that I'd like to buy, I think that trimming some of my position makes sense.

Where am I going to reinvest my profits? Here are five stocks that I'd happily buy more of today:

I want to stress that I'm still optimistic about Chipotle's stock moving forward. I'm hopeful that the company's recent actions will continue to drive same-store sales growth and operating leverage that will lead to outsize gains on the bottom line. That's why my plan is to just trim my position, not exit it completely.

So as soon as The Motley Fool's trading rules allow, I'll be selling off some of my Chipotle stock and will reinvest the proceeds elsewhere.