The pizza-and-arcade chain is planning an IPO later this quarter. Here's what investors need to know.

2019 is shaping up to be a record year for IPOs. Lyft and Levi Strauss have already tossed their hats into the ring. Pinterest is getting ready to dive in, and investors are anticipating debuts from Uber and Slack, which have already filed to go public. Later in the year, big names like Airbnb and WeWork are rumored to join the parade.

With the stock market hovering near an all-time high and the economy continuing to hum along on low unemployment and solid job growth, the IPO environment doesn't get much better. Against that backdrop, CEC Entertainment, the parent company of restaurant chains like Chuck E. Cheese and Peter Piper Pizza, has joined the IPO mix.

On Monday, CEC announced that its parent company would merge with Leo Holdings, a special-purpose acquisition company. The new company will be known as Chuck E. Cheese brands, and it will trade on the NYSE under the ticker CEC after the deal closes sometime late in the second quarter.

In announcing the move, the companies said the new entity will have an enterprise value (market cap plus debt minus cash) of $1.4 billion. That's similar to the $1.3 billion (including debt) that Apollo Global (APO) paid for it in 2014 when it took CEC private. Apollo will remain the majority owner -- controlling 51% of the stock -- and is not planning on selling its shares. 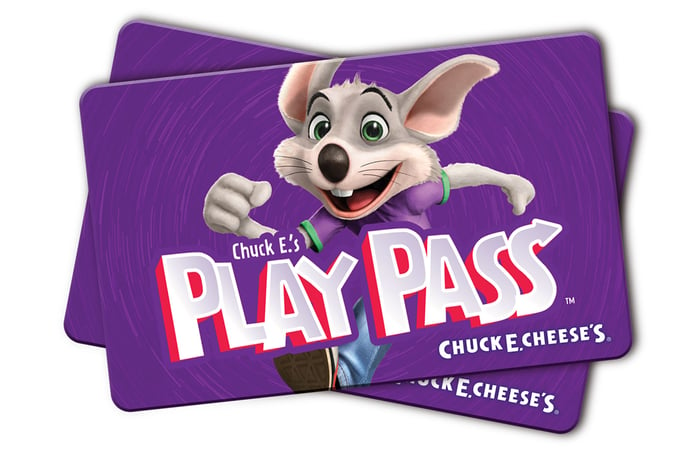 CEC, which has 606 Chuck E. Cheese locations globally and 144 mostly franchised Peter Piper restaurants, pointed to comparable sales momentum as evidence the business is on the right path. Over the last four quarters, comparable sales have improved sequentially, rising from 1% in second-quarter 2018 to 7.7% in first-quarter 2019. However, overall revenue increased just 1% last year to $896.1 million as its store count fell from 754 to 750. CEC reported operating income of $50.8 million last year. But because of $76.3 million in interest expense, the company had a net loss of $20.5 million. In the merger announcement, CEC said it had adjusted EBITDA of $175 million last year for a margin of nearly 20%.

CEC has nearly $1 billion in debt on its balance sheet, which explains its crushing interest expense, but the company plans to pay down about $300 million of its debt following the transaction through proceeds from Leo and a private placement.

Mixed results for "eat and play"

CEC's closest peer in the public markets today is Dave & Buster's (PLAY 0.56%). In fact, the two companies' businesses are similarly divided between food and beverage and amusements. D&B brought in 58% of its revenue through amusements last year, with the remaining 42% from and food and beverage. CEC's split was 55%/45% between the two categories.

The two companies aren't direct competitors as Dave & Buster's caters to adults and alcohol makes up a significant portion of its sales, while Chuck E. Cheese's business is focused on kids and families. However, Dave & Buster's experience on the public markets may inform what CEC investors can expect.

D&B has rapidly expanded its store base since its 2014 IPO, and the company now has 121 locations with plans to reach 200 stores in North America. This year, it will add 15-16 stores.

However, the stock has come under pressure in recent years as Dave & Buster's once-steady growth has slowed and comparable sales even turned negative for several quarters. The stock is still down about 30% from its peak in 2017.

There's no clear reason for the Dave & Buster's struggles. The restaurant industry has faced challenges of late from oversaturation and the rise of delivery. That may be keeping more customers at home, and D&B can't tap into delivery the way other chains can. Some have speculated that the Fortnite phenomenon has kept gamers at home, and management has also noted that they've faced stiff competition from Top Golf. Dave & Buster's comps have returned to growth more recently as the company has introduced new games, but growth is still expected to be much slower than it was just a few years ago.

The path to growth

Chains like Dave & Buster's and Planet Fitness have been popular with mall landlords as the businesses are traffic drivers, have a large footprint, and can't be copied online. That could bode well for CEC should it decide to open new stores. However, that doesn't seem to be its plan at the moment (store count fell by four locations in 2018). For now, management seems to be focused on driving comparable sales growth, improving its current store base through remodels, investing in new technology like gaming cards, and possibly incorporating an all-you-can-play model. The hope is that these efforts will help drive comparable sales growth.

Still, CEC's financial results have not changed much since its last go-round as a public company five years ago. That fact and the company's debt burden loom over any improvements to the underlying business. A few more quarters of 8% comparable sales growth would paint a rosier picture for CEC, but for now, it might be best to avoid getting a piece of this new stock pie when it goes public.