Please ensure Javascript is enabled for purposes of website accessibility
Log In Help Join The Motley Fool
Free Article Join Over 1 Million Premium Members And Get More In-Depth Stock Guidance and Research
By Keith Noonan - Apr 10, 2019 at 9:06AM

Shares of Ebix (EBIX -4.93%) dropped 15.3% in March, according to data from S&P Global Market Intelligence. The e-commerce services company's stock fell following its fourth-quarter earnings release early in the month and continued to move lower as 2019's first calendar quarter wrapped up. 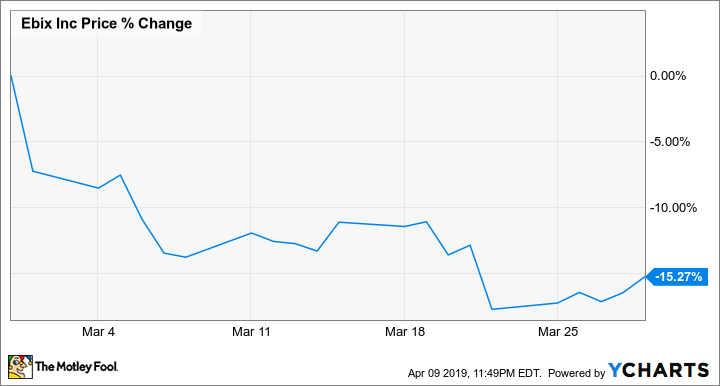 Sales and earnings for the December quarter each came in ahead of the average analyst estimates, but the market appears to have focused on the company's possible plans to have a spinoff and initial public offering for its EbixCash payment business. The company had posted big gains in 2019 prior to its fourth-quarter release, and it looks like business performance, guidance, and possible complications stemming from spinoffs weighed on the stock last month.

Ebix's fourth-quarter sales grew 30% year over year to reach $136.3 million -- or 34% year over year on a currency-adjusted basis to hit $140.7 million. The currency-adjusted sales beat the average analyst revenue target by roughly $10 million. Adjusted earnings per share for the period came in at $1.06, topping the average analyst estimate's target for adjusted per-share earnings of $0.95.

While investors appear to be against a spinoff for EbixCash, March still brought some good news for Ebix and its shareholders. The company raised its sales goal for the year, increasing its goal for quarterly annualized revenue to hit $750 million in 2019's final quarter -- up from its previous target of $650 million.

The news didn't do much to lift Ebix's stock performance in March, but the company did announce that it had put in an offer to buy Yatra Online, India's largest travel website. The company also debuted GeniEbix, a new set of artificial intelligence technologies for use with its insurance and e-commerce software.

Ebix stock has seen a bit of positive momentum in April, and is trading up roughly 3% in the month so far. 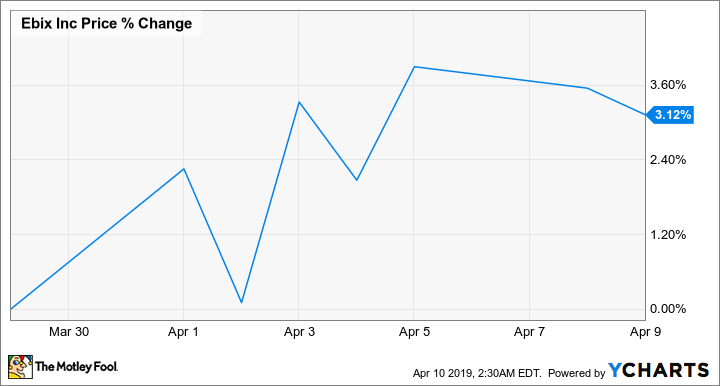 Ebix stock trades at roughly 11 times this year's expected earnings and about 2.5 times expected sales. The company has branched out from insurance software to also cater to the e-commerce and payment software markets, and it looks like it will continue to seek businesses that can add the right products and accelerate its efforts in international markets like India and China.