LVMH's (LVMUY -2.66%) stock recently hit an all-time high after the luxury goods giant reported that its first-quarter sales rose 16% annually to 12.5 billion euros ($14.1 billion), or 11% on an organic basis, which excludes currency fluctuations, divestments, and acquisitions.

That marks an acceleration from its 9% organic sales growth in the fourth quarter, and compares favorably to its 13% growth in the first quarter of 2018. Analysts at SocGen, who raised LVMH's rating from "hold" to "buy" after the report, noted that its accelerating sales growth should enable it to "stand above the peer average this year." 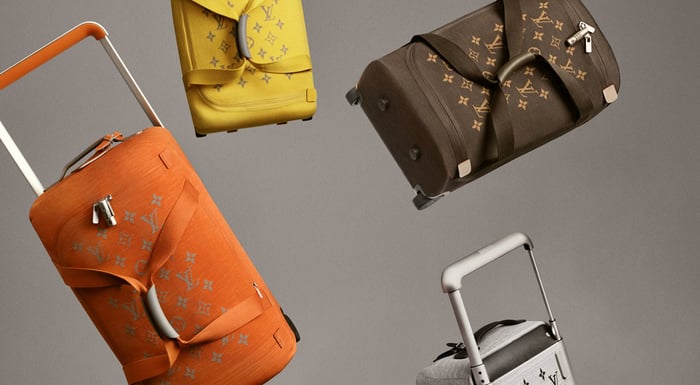 LVMH didn't disclose its first quarter profits since it only discloses its earnings figures twice a year. However, LVMH never offers markdowns on its products, it only faces a handful of high-end competitors, and its operating margins expanded at all five of its business segments in 2018.

LVMH's core business looks healthy, but investors might be wondering if the stock is still worth buying after its 30% rally this year. Let's take a closer look at its core businesses to find out.

LVMH owns a portfolio of 70 luxury and retail brands, including Louis Vuitton, Dior, Loewe, Bvlgari, Moët & Chandon, Hennessy, and Sephora. Its products are sold at over 4,590 stores worldwide.

41% of LVMH's first quarter revenue came from its fashion and leather goods, 28% came from its selective retailing business, 13% came from perfume and cosmetics, 11% came from wine and spirits, and 8% came from watches and jewelry. Here's how those businesses fared over the past year:

LVMH's fashion and leather revenue growth decelerated slightly, but it noted that its flagship Louis Vuitton brand generated "remarkable growth" and that it opened a new leather workshop in France to "meet growing demand" and "limit stock shortages" at the brand. It also noted that Christian Dior Couture "performed exceptionally well," that Fendi, Loewe, and Berluti were "growing fast," and that it launched new collections and rolled out new concept stores for Celine during the quarter.

The growth of that unit still easily surpassed the growth of industry peers like Capri Holdings (CPRI -2.27%) and Tapestry (TPR 1.42%), which reported just 1% and 2% year-over-year constant currency sales growth, respectively, in their latest quarters. 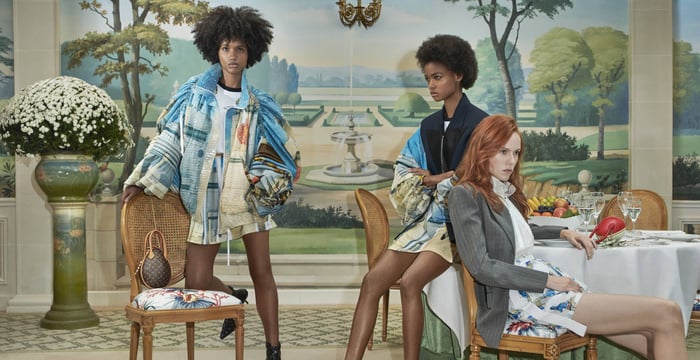 LVMH's selective retailing unit was lifted by the growth of Sephora, which benefited from the opening of a new flagship store in New York and strong online sales. DFS' Gallerias in Hong Kong and Macau also "performed particularly well" and reflected healthy high-end consumer shopping trends in China. Its perfumes and cosmetics revenue grew on the strength of its Dior family of fragrances, Guerlain cosmetics products, and Givenchy fragrances.

Demand for its watches and jewelry continued to decelerate, partly due to market saturation and competition from smartphones and smartwatches, but Bvlgari's strength still boosted the unit's year-over-year growth. The unit also fared much better than its lower-end industry peer Fossil (FOSL -2.46%), which reported a 13% year-over-year constant currency sales decline last quarter.

LVMH's wine and spirits revenue growth accelerated during the quarter, fueled by strong demand for its high-end wines and Hennessy cognac in the US, Japan, and China. The unit also benefited from a "firm pricing policy" that prevented its products from being sold at discounts.

Why LVMH is still a worthy buy

LVMH didn't provide any guidance for 2019, but analysts expect its revenue and earnings to rise 9% and 12% this year, respectively. Based on those estimates, LVMH trades at 24 times this year's earnings, which seems high compared to its industry peers.

However, LVMH's products are squarely aimed at the high-end market, which makes it a more recession-resistant play than Capri, Tapestry, or Fossil, which all sell mixtures of high-end and middle-of-the-road products targeted at mid-range customers. As a European brand, LVMH is also largely insulated from the trade tensions between the US and China.

LVMH's stock isn't cheap, but I think its "best in breed" position in the luxury market, well-diversified portfolio, robust sales growth, and expansion opportunities in markets like China all justify its premium valuation. I wouldn't buy a full position right away, but I think investors can buy some shares at these levels.