Here's what to expect when the industrial conglomerate reports first-quarter earnings next week.

Textron (TXT 0.62%) is set to release first-quarter 2019 results on Wednesday, April 17, 2019 before the market opens. With shares of the industrial conglomerate up around 12% year to date as of this writing -- helped by a modest 5% pop following its solid fourth-quarter 2018 report in late January -- it's the perfect time to take a closer look at what investors should expect this time around.

That said, the market doesn't need growth to materialize in the first quarter. While Textron does not provide specific quarterly financial guidance -- and though we don't typically pay close attention to Wall Street's demands -- analysts' consensus estimates predict Q1 revenue will fall 3.7% year over year to $3.17 billion, translating to a 5.6% decline in earnings to $0.68 per share. 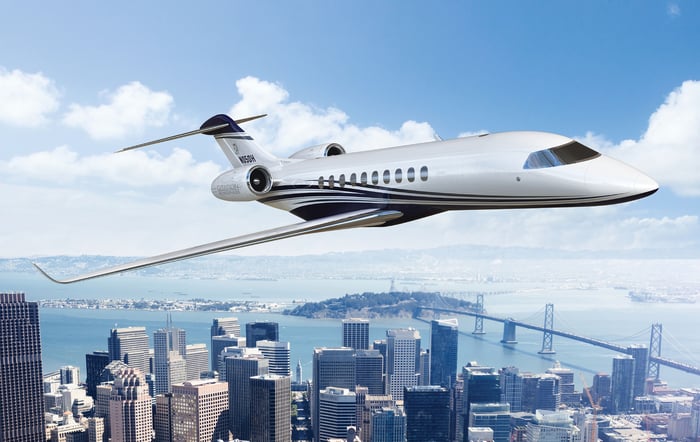 Some of that near-term weakness will stem from Textron's restructuring of its specialized-vehicle business as it works to correct execution missteps with the Arctic Cat brand, the underperformance of which has negatively impacted growth at its Industrial segment in recent quarters. Textron will also face a difficult comparison on the Industrial side absent contributions from the Tools and Test business, which it agreed to sell to Emerson Electric for more than $800 million around this time last year.

Meanwhile, Textron should see solid growth this year -- guidance calls for a roughly 10.6% increase in sales, to $5.5 billion -- from its core Aviation segment, which notably houses the Cessna brand, helped by continued volume increases from its commercial turboprop lines.

At Bell, however -- and with the caveat that such big-ticket items can mean lumpy sales on a quarterly basis -- Textron anticipates flat revenue (at roughly $3.2 billion) in 2019, as higher commercial-helicopter shipments should offset a decline in government business. The latter includes lower expected production for the V-22 Osprey program.

Finally, management called 2019 "an important transition year" for the Textron Systems business, where revenue is expected to decline modestly, to $1.4 billion, particularly as Systems' Marine and Land subsidiary moves its U.S. Navy Ship-to-Shore Connector (SSC) program from development to production. During last quarter's earnings conference call, Textron noted the first two SSC craft were already in testing and that the program should be poised to make its first deliveries later this year.

In short, investors shouldn't expect Textron to deliver eye-popping growth -- or any growth at all, for that matter -- on a consolidated basis as it kicks off the year. Rather, putting aside the relative strength of the Aviation segment and commercial side of Bell, look for steps in the right direction with effective operational execution, new contract wins, and progress delivering on the promises of its existing programs.

Will Textron offer as much when its report hits the wires next week? Whatever the company reports, I suspect its stock price will respond accordingly.

Why Textron Stock Is Climbing Today
376%