Wednesday was generally a mild downer on Wall Street, with most major indexes posting modest declines. Market participants pointed to persistent concerns like the state of the global economy and political issues in the U.S. and elsewhere around the world as weighing on positive sentiment, and a mixed earnings season thus far has held stocks back from reaching new record highs. Moreover, some company-specific items caused more substantial losses for individual stocks. Sprint (S), Bank of New York Mellon (BK 3.81%), and Mallinckrodt (MNK) were among the worst performers. Here's why they did so poorly.

Shares of Sprint fell 6% on news that the wireless telecom company might see more roadblocks in its attempt to merge with industry peer T-Mobile US (TMUS 0.84%). The merger has been under scrutiny from the U.S. Department of Justice for a while now, and earlier today, new reports surfaced that suggest that the DOJ might seek to have the two companies change the structure of the deal in order to gain approval. Increasingly, it's become apparent that of the two companies, Sprint has more to lose if a merger doesn't get done. That's the big reason why T-Mobile shares didn't sink nearly as much as Sprint today, and it reveals Sprint's vulnerability if it's forced to compete on its own in the U.S. wireless market. 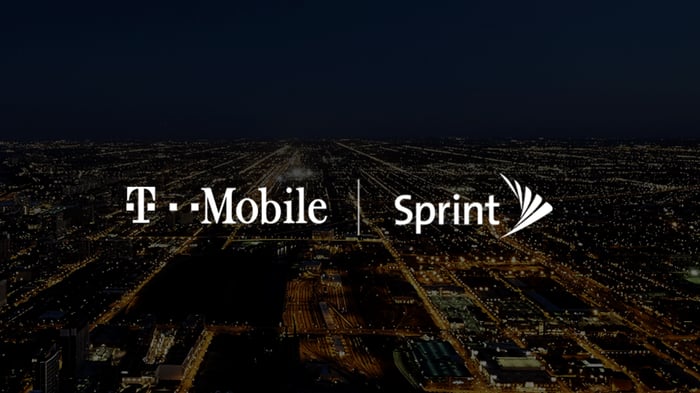 Bank of New York Mellon's stock dropped 9.5% after the banking institution reported its first-quarter financial results. BNY Mellon said that revenue fell 7% from year-ago levels, sending earnings per share down 15% over the same time frame. CEO Charlie Scharf pointed to "the changing mix and cost of our deposits and the impact of the prior year asset management outflows" for the rough performance, and he predicted that the movement in the yield curve will adversely affect the company's business for the next several quarters. BNY Mellon, which has been a recent favorite of Warren Buffett, does expect that setback to be only temporary, but that wasn't enough to reassure shareholders, who had hoped to see results more reminiscent of what some of the other top banks in the U.S. have reported so far this earnings season.

Finally, shares of Mallinckrodt plunged nearly 12%. The pharmaceutical company was one of many healthcare stocks to struggle on Wednesday, reacting negatively to news out of Washington concerning the likely future fight over the way Americans get their healthcare. Mallinckrodt in particular has gone through a significant turnaround effort, and investors have hoped that the pharma company had finally gotten itself in shape to promote further growth. Yet if the entire industry environment starts heading south, it could hurt Mallinckrodt at exactly the wrong time -- and leave investors suffering further potential losses.