A good deal for both sides.

In a move with big implications, Rivian Automotive LLC is teaming up with Ford Motor Company (F -3.46%). The Michigan-based electric-vehicle start-up said Ford will invest $500 million, taking a minority stake, and the two companies will join forces to develop a new electric Ford.

It's the latest coup for Rivian, which in February added Amazon.com to its roster of investors after revealing its upcoming electric pickup truck and SUV to wide acclaim.

It's also a smart strategic move for pickup-truck leader Ford. Here's what we know. 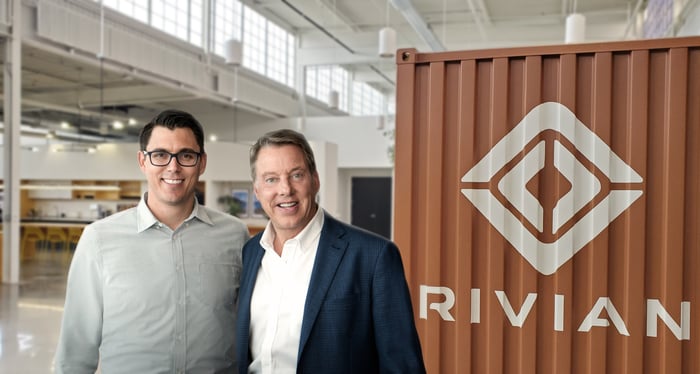 A $500 million investment, a Rivian-based Ford -- and something else

The deal between Rivian and Ford has three key provisions:

"Ford has a long-standing commitment to sustainability, with Bill Ford being one of the industry's earliest advocates," Scaringe said. "We are excited to use our technology to get more electric vehicles on the road."

Ford CEO Jim Hackett said Rivian would bring a "fresh approach" to Ford's electric-vehicle effort, and that Rivian would in turn benefit from Ford's manufacturing expertise and supplier network.

Rivian, based in Plymouth, Michigan, has developed an innovative electric-vehicle platform that incorporates batteries, suspension, and motors in a single unit. The company has shown two vehicles that it plans to build on the platform, which it refers to as a "skateboard": an upscale electric pickup truck and a closely related SUV. 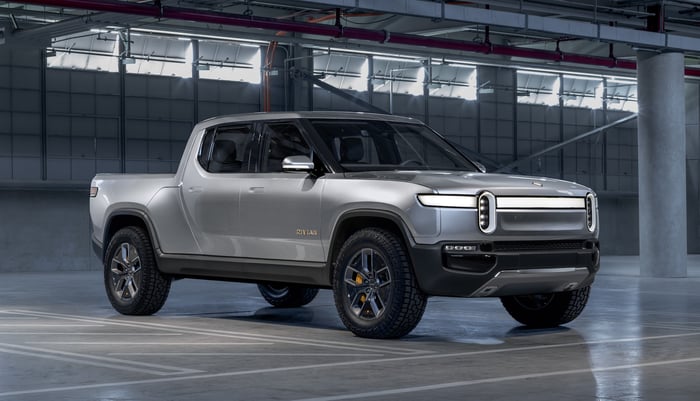 The R1T pickup is one of two models that Rivian hopes to have in production by the end of 2020. Image source: Rivian Automotive LLC.

At least in concept form, the two Rivians are impressive designs. Both have four electric motors, one at each wheel, to optimize off-road ability (and, not incidentally, on-road acceleration), along with rugged suspensions and innovative, customer-friendly features.

Rivian is aiming to have both vehicles in production by the end of 2020 at a factory it owns in Illinois.

Why Ford made this deal

Ford has said that it plans to spend $11 billion on a new range of electric vehicles. It has confirmed two so far: a Mustang-inspired high-performance SUV, due next year; and a zero-emissions version of the F-150 pickup.

The Rivian-based Ford vehicle will be in addition to those two products, Ford said. (Put another way: The electric F-150 will not be a rebadged Rivian.)

Why is Ford doing this? At first blush, I can see three good reasons:

The key thing to remember is that pickups are hugely important to Ford. The F-Series generated roughly a quarter of Ford's revenue in 2018, and probably much more than a quarter of its profit. While Rivian's pickup probably wouldn't have been a mass-market sales threat, it had the potential to make Ford's effort look a step (or several steps) behind. By making Rivian a partner, Ford has pre-emptively reframed that discussion. 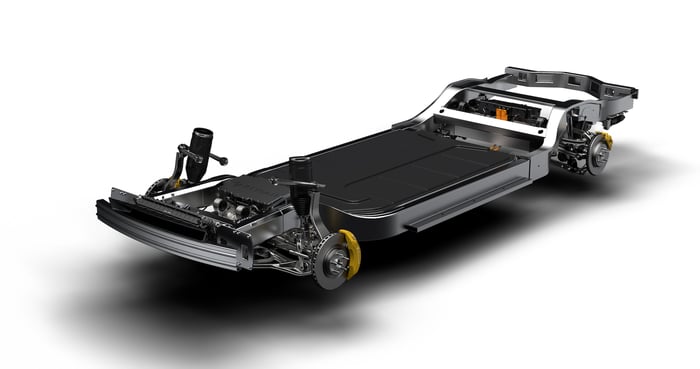 The upshot: This looks like a good move for both sides

Rivian is a young company without a lot to show -- yet. But Scaringe and his team have impressed so far, designing compelling products and building relationships with partners in both the technology and automotive arenas. In particular, the addition of Hinrichs to Rivian's board is a coup: Among other things, it shows that Scaringe is determined to learn from (and avoid) Tesla's regular visits to what CEO Elon Musk calls "production hell."

Meanwhile, while the Rivian-based Ford will probably be an intriguing product, that's probably not the real point of this deal for the Blue Oval. I think that by joining forces with an impressive early-stage company that could have become a rival in time, Ford might be able to claim a coup of its own.

Long story short: There's a lot of potential here for both companies. We'll see where it goes.