Please ensure Javascript is enabled for purposes of website accessibility
Log In Help Join The Motley Fool
Free Article Join Over 1 Million Premium Members And Get More In-Depth Stock Guidance and Research
By Rick Munarriz – Updated Apr 29, 2019 at 9:03AM

Telecommunication stocks are out of favor; these two companies are going in different directions.

Wall Street is giving most telcos the cold shoulder these days. Shares of AT&T (T -1.46%) declined 4% last week, sliding after a disappointing quarterly report. Frontier Communications (FTR) fared better last week, but it's been a disaster for stakeholders by shedding more than two-thirds of its value over the past year.

AT&T and Frontier have taken different approaches to marching back into investor fancy. AT&T has diversified into satellite television and, more recently, content. Frontier doubled down on its wireline operations. One company is still hiking its dividends, but the other eliminated payouts entirely last year. Neither stock is at its best right now, but which is the better choice for opportunistic investors sifting through the telco bargain bin? Let's size up AT&T and Frontier to see. 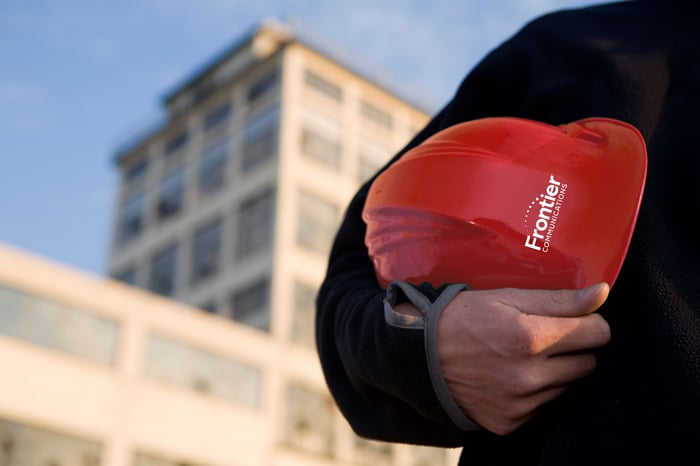 Regional telcos have struggled over the years, and Frontier's big bet -- a $10.5 billion deal for Verizon's wireline operations in California, Texas, and Florida -- isn't paying off. It has now pieced together 15 straight quarters of losses, and there's no relief in sight. Analysts see Frontier's deficits widening through at least the next five years, a trajectory that makes it unlikely we'll even get that far.

Cash-rich companies can afford to lose gobs of money, but that's not Frontier these days. It's been trying to preserve capital by selling assets and nixing its once beefy dividend in early 2018. Revenue is also going the wrong way, something that analysts see continuing through the next few years.

AT&T has known for a long time that the days are numbered for wireline as a growth business. It has made a big splash in wireless, where it's neck-and-neck with Verizon for U.S. dominance. Its plan to diversify into satellite television with its acquisition of DIRECTV hasn't been as successful, but its big deal for WarnerMedia is already paying dividends as a way to cash in on content.

Speaking of paying dividends, AT&T is still cutting quarterly checks for its shareholders. It has now boosted its payouts for 35 years in a row. There are some concerns that it bit off more than it can chew with WarnerMedia, but the potentially game-changing deal is accretive to earnings and cash flow. AT&T is still on track to score roughly $26 billion in free cash flow in 2019, and its manageable payout ratio suggests that the hikes will keep coming. The market wasn't pleased with last week's quarterly report, but it's still not the red flag incubator that Frontier Communications has become.

Speculators may be able to score short-term rallies in Frontier stock, and its low-priced shares will be inviting to riverboat gamblers. However, AT&T is the relative victor here for investors with a long-term horizon.