Please ensure Javascript is enabled for purposes of website accessibility
Log In Help Join The Motley Fool
Free Article Join Over 1 Million Premium Members And Get More In-Depth Stock Guidance and Research
By Luis Sanchez CFA – May 2, 2019 at 8:36AM

The company has enjoyed a solid stretch of outperformance, but it's pushing forward in new categories to accelerate growth.

Lululemon Athletica (LULU 0.50%) had a strong 2018 with revenue up 24% year over year, but the athletic apparel company has set its growth goals higher still. Lululemon recently held an investor day where it unveiled its new "Power of Three" growth acceleration plan.

The bottom line: Lululemon believes it can double menswear sales, quadruple international sales, and double digital sales over the next five years, leaving investors with a lot to look forward to. Here's why the menswear and international opportunities, in particular, have so much potential.

The "Power of Three"

As you may have guessed, the "Power of Three" refers to the three markets the company will focus on expanding: menswear, digital, and international.

Founded in Vancouver, Canada, Lululemon has always been a North American known for its women's yoga apparel. While focusing on a lucrative niche has given the company a strong brand identity, it's pursuing a wider swathe of consumers who might not identify as "yogis."

Perhaps it's an admission that sales to its core customers are maturing, but Lululemon has set lofty goals in its emerging categories. Targeting new consumer segments increases the company's total addressable market, and it will change the face of its customer in the process.

Menswear is the largest opportunity

Menswear growth is by far the largest opportunity for the company. Lululemon already has a robust store footprint with 440 units -- it just needs to give men a reason to visit them.

According to the company, its No. 1 obstacle in menswear is brand awareness. Most men simply don't know what Lululemon is, or those who do, associate it with women's apparel. Therefore, the company will need to aggressively market its message to men to educate them on the company's expanded product line. To help out with this effort, it hired NFL quarterback Nick Foles as a spokesman. There's an opportunity to capture growth in men's yoga apparel. The number of men who practice yoga in the U.S. rose from 4 million in 2012 to 10 million in 2016. However, most of the company's male customers use its clothing for running or general training. As casual wear has become more popular in the office, Lululemon also envisions men wearing its collared shirts and slacks to work.

Product innovation focused on the needs of men is also important. Over the years, Lululemon has introduced popular men's technical items, including lightweight shirts with "anti-stink technology" and "anti-ball-crushing pants" (ABC for short). ABC pants are flexible enough in style and appearance to wear in a work environment, making them ideal, for example, for men who bike to the office.

And remember the company isn't starting from zero with menswear. Several years ago, Lululemon established a stretch goal of $1 billion in annual revenue from menswear by 2020. It's on pace to exceed that initial goal and has even raised its growth target for the next five years. Last year, 30% of new customers were men, proving that the menswear strategy has been working.

Business outside of North America represents just 11% of total revenue today. Lululemon aims to quadruple international revenue from $362 million in 2018 to more than $1.4 billion by 2023.

At the moment, that market is mostly white space, because the company doesn't have much of an international presence. Of its 440 total stores, just 91 are located outside North America. Going forward, the company will be opening more locations abroad each year, with a particular focus on China. Lululemon added seven locations last year for a total of 22 stores in China at the end of 2018, but it plans to open 40 to 50 new locations just this year.

Similar to how it's ramping up marketing spend for menswear, the company is investing in Chinese advertising spots and other forms of promotion. Last year, Lululemon held a series of events in major Chinese cities, including a massive yoga class in Beijing's Forbidden City. These events counted more than 3,000 participants and ended up generating over one billion Chinese social media impressions.

Taking a step back, it's not crazy to think that a premium athletic brand like Lululemon can be massively successful abroad. Nike generates 57% of its revenue internationally, and Under Armour generates 25% of sales abroad. 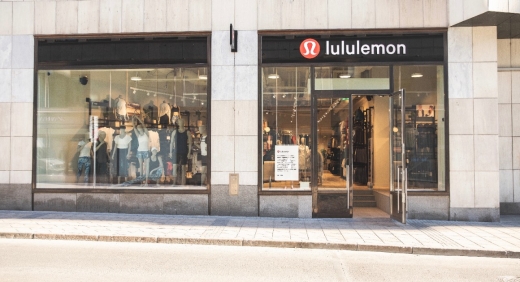 Lululemon has been firing on all cylinders lately, and its share price -- trading at all-time highs as of this writing -- reflects that success. The only way the company can maintain this momentum is if it can successfully execute on this "Power of Three" strategy.

The company has already shown promising results in selling to men and is poised to turn this category into another multi-billion dollar segment. Lululemon may be in the early innings of its international expansion, but its aggressive push to open stores abroad is a good start to its global brand-building effort.