Please ensure Javascript is enabled for purposes of website accessibility
Log In Help Join The Motley Fool
Free Article Join Over 1 Million Premium Members And Get More In-Depth Stock Guidance and Research
By Rich Smith – May 8, 2019 at 1:27PM

A fired-up Match reports an earnings surge and crushes estimates.

Shares of dating app conglomerate Match Group (MTCH) stock are up 13.4% (as of 1:05 p.m. EDT) after reporting estimate-thumping earnings for its fiscal Q1 2019 last night.

Expected to report $0.33 in per-share profit on $464 million in revenue, Match Group met the consensus number for sales (actually, exceeded it ever so slightly) and returned profits of $0.42 per share -- $0.49 per share, pro forma. 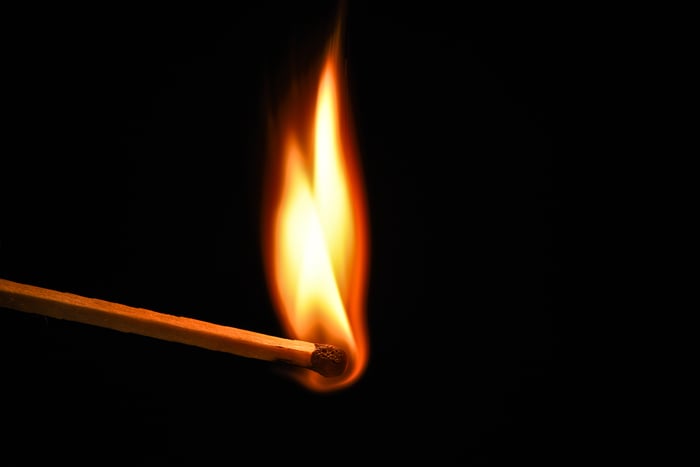 That's the good news. The bad news is that because of the timing of a cash receipt, which Match received in Q4 2018 instead of Q1 2019, where the comparable receipt in the prior year was received in Q1 2018, free cash flow at the company declined dramatically year over year, down 30% to $82.6 million.

Personally, I still have my doubts as to whether this makes Match Group stock a good investment at a valuation of more than 35 times FCF -- but based on today's surge in share price, I'd say I'm in the minority in holding that opinion.