With markets seeing volatility tied to trade disputes between the U.S. and China, investors might want to narrow in on dependable companies that pay solid dividends.

PepsiCo (NASDAQ:PEP) has earned its reputation as a great dividend stock and trades up roughly 17% year to date despite the market's recent sell-offs. With 46 years of consecutive annual dividend growth, safe payout ratios, and a yield of roughly 3%, it still stands out as a worthwhile income play. However, there are plenty of other great dividend stocks that could also be winning components in a diversified, income-generating portfolio.

We asked three of our Motley Fool contributors to spotlight a company that's paying a bigger dividend than Pepsi and deserves a look. Read on to see why L Brands (NYSE:BBWI), Philip Morris International (NYSE:PM), and Coca-Cola (NYSE:KO) could be worth a look for investors on the hunt for big yields. 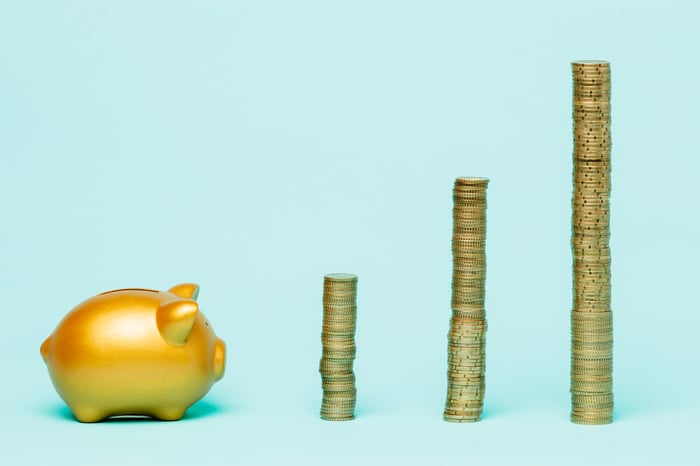 Psst! Can you keep a Secret? L Brands is a better bargain than Pepsi

But here's the thing: Although L Brands' new annual dividend payout of $1.20 per share is only half its old dividend payout of $2.40 per share, it's still a pretty hefty yield that L Brands is paying on its $22 stock -- about 5.3% annually, and significantly more than the 2.9% dividend that Pepsi pays.

Valued at less than 10 times trailing earnings, a share of L Brands stock costs only about two-thirds as much as a share of Pepsi. And L Brands' earnings are arguably of better quality than Pepsi's, too. According to data from S&P Global Market Intelligence, L Brands generated $748 million in positive free cash flow over the last 12 months (16% more than its reported net income of $644 million). That's as compared to Pepsi's $7 billion in free cash flow -- 45% less than reported net income of $12.6 billion.

Topping off the comparisons, analysts polled by S&P Global predict that over the next five years, L Brands will grow its earnings at nearly twice the rate Pepsi does -- 11% -- generating boatloads of cash with which to get L Brands' dividend payments growing again. For dividend investors, this may be the best news of all.

Keith Noonan (Philip Morris International): After a big sell-off in last year's final quarter, Philip Morris stock has rebounded in 2019 thanks in part to a return to growth for its heated-tobacco products. Shares yield roughly 5.3% even as the stock has rallied more than 25% in 2019, and while its payout growth history isn't as storied as Pepsi's, the tobacco company has raised its dividend each subsequent year since being spun off from Altria in 2008.

Philip Morris's payout ratio might look dangerous coming in at roughly 91% of trailing earnings, but that's the norm for the tobacco industry and can be maintained because capital expenses tend to be relatively low, steady, and predictable. Barring any big shifts, Philip Morris will likely continue to deliver payout growth even as the company looks to promote the adoption of its IQOS heated-tobacco line.

While PepsiCo continues to look for new beverage and snack products that can help drive growth amid declining domestic soda sales, Philip Morris has also seen the need to introduce new products amid pressures facing its core product line. Cigarette sales volume has been declining, and the company is hoping IQOS will be the business's bridge into healthier alternatives and can shore up its position in a changing industry.

Philip Morris is pivoting away from cigarettes, and that means that performance for IQOS and other alternatives will likely have a significant impact on stock performance over the long term. However, Philip Morris is currently still able to leverage pricing power on leading cigarette brands like Marlboro, and that should help it fund its dividend, smooth out earnings performance in the near term, and fund its long-term diversification effort.

The archrival that pays its investors a bit more

Chuck Saletta (Coca-Cola): At least since the Cola Wars, Coca-Cola and Pepsi have been locked in a battle for the hearts, minds, and wallets of consumers. These days, Coca-Cola's market capitalization of around $205 billion is not that far ahead of PepsiCo's capitalization of around $185 billion. In addition, both companies are expected to grow their earnings around 5% or so annualized over the next five years, giving them similar prospects.

Still, where Coca-Cola does currently edge out PepsiCo is in the dividend arena. Coca-Cola's current yield is around 3.3%, edging out the approximately 2.9% for PepsiCo. This is largely because Coca-Cola pays out far more of its earnings to its shareholders than PepsiCo does -- around 96% for Coca-Cola versus 42% for PepsiCo.

While Coca-Cola's 96% payout ratio does seem high, investors can frequently expect higher payouts from a mature business that generates substantial cash and isn't growing much. Indeed, with both Coca-Cola and PepsiCo projected to have very similar low- to mid-single-digit growth rates, the bigger question is why PepsiCo feels the need to retain so much more of its earnings.

Of course, both Coca-Cola and PepsiCo are actively seeking out ways to restart growth, given the longer-term decline in consumption of beverages like their namesake sodas. On that front, PepsiCo, with its larger earnings retention each quarter, may be better positioned to self-fund any growth activities it finds. So while Coca-Cola may currently pay its investors better, over the long term, PepsiCo could find itself in a better position to thrive.