Please ensure Javascript is enabled for purposes of website accessibility
Log In Help Join The Motley Fool
Free Article
Join Nearly 1 Million Premium Members And Get More In-Depth Stock Guidance and Research
By Dan Caplinger – Updated May 24, 2019 at 8:14AM

Lawmakers are starting to question the massive size of share repurchases.

Stock buybacks have become one of the most controversial issues in investing. Amid a 10-year bull market, companies are spending more money than ever on repurchasing their own shares. Most shareholders have been happy about the trend toward greater buybacks, given the positive impact on key metrics such as earnings per share and its consequent support of stock prices. Yet opponents believe that money used for buybacks would be better spent on increases in pay and benefits for workers.

Even as political pressure on stock repurchases has ramped up, companies continue announcing ever-larger buyback programs. The big question remains whether Washington will take action to try to rein in the rising volume of buybacks -- and whether investors should care about what lawmakers do. 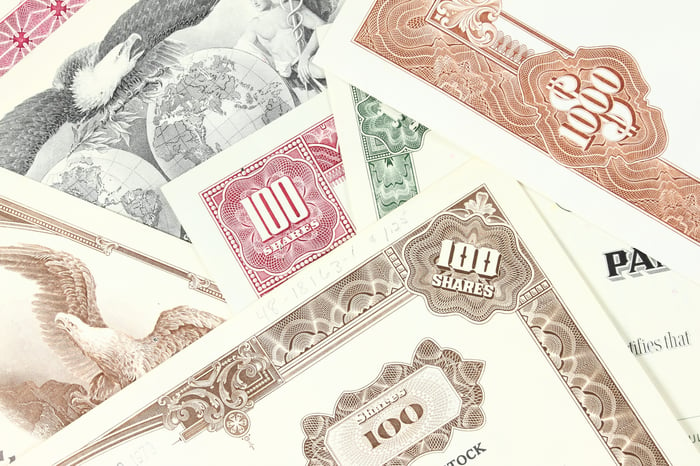 How buybacks have grown

Stock repurchases have been popular for decades, as they carry a key tax advantage for investors over other methods of returning capital to shareholders. When a company pays a dividend, most investors have to pay taxes on the cash they receive. However, with a buyback, only those shareholders who sell their stock back to the company have an immediate tax impact. Others generally only see a rise in their share price without any corresponding taxes to pay right away.

Changes in tax laws in the early 2000s were partially responsible for a big boom in buyback activity. Among S&P 500 companies, annual buybacks went from a range of $100 billion to $200 billion from 1999 to 2004 to as much as $600 billion in 2007, according to data from S&P Dow Jones Indices. The financial crisis and its fallout brought a pause in buyback activity, but by the early 2010s, annual buybacks recovered and the number would hit $600 billion by 2016.

Tax reform at the end of 2017 ushered in a huge reduction in corporate tax rates, and companies used much of that money to boost their repurchases. In 2018, S&P companies that were newly flush with cash bought back $806 billion in stock, including $223 billion in the fourth quarter alone. Preliminary estimates put the first quarter of 2019's buyback total at about $215 billion.

The biggest buyers of company stock

Among recent buyback announcements, Apple (AAPL -0.80%) reigns supreme. The iPhone giant said in late April that it would authorize $75 billion for stock buybacks, adding to the massive $100 billion repurchase authorization it made in 2018. Yet even with that move, the tech company has fought to deploy all of its available cash flow, which amounted to $113 billion as of its most recent quarterly results.

Some smaller buybacks can still represent massive commitments from companies. For instance, railroad company Union Pacific (UNP -1.71%) announced in February that it would buy back as many as 150 million shares. With the share price currently at about $175, that works out to more than $26 billion. Union Pacific's market capitalization is less than $125 billion -- meaning that the buyback, if done in full, would represent more than 20% of its outstanding shares.

Some members of Congress have looked askance at the boom in buybacks. Early last year, Democratic Sen. Tammy Baldwin of Wisconsin sought to repeal an SEC rule that had made it easier for companies to repurchase stock. More recently, the heat on buybacks has increased. Sen. Chuck Schumer, D-N.Y., and Sen. Bernie Sanders, I-Vt., argue that no company should be able to buy back shares without first enacting a host of labor-friendly provisions, including paying a $15 minimum wage, offering seven days of paid sick leave, and providing better health benefits and pension provisions.

Even from the other side of the aisle, Republican Sen. Marco Rubio of Florida has argued that lawmakers should take away the preferential tax treatment on buybacks over dividends. That would increase the likelihood that companies will share wealth with all investors, although it wouldn't require any internal investment in their labor force.

What investors should watch for

Investors generally like stock buybacks, but they haven't always been good moves over the long run. It's easy to find examples of buybacks gone wrong, with the most recent being General Electric and its ill-timed purchases of stock at far higher prices than the shares currently fetch. Often, companies have the most cash at the same time that their share price is at its highest, while downturns leave them with both low stock prices and little available capital with which to take advantage.

For long-term investors, a company doing a buyback shouldn't have any lasting impact. Reducing outstanding shares makes each remaining share represent a bigger part of the company, but it also reduces the value of the company by the amount of cash spent.

The only way a company makes money on buybacks is if it can purchase shares below their true intrinsic value due to market fluctuations -- and given the length of the bull market, there are few stocks that fall into that category. It's those with a shorter-term mindset -- such as executives whose pay is based on stock performance over a quarterly or annual time frame -- who often stand to gain the most from buyback-induced stock gains.

Investors who like stock buybacks are nervous about what Washington could do to rein them in. But the much bigger threat to share repurchases is the next economic downturn. If corporate profits suddenly turn lower, then buybacks will be the first place that companies cut back -- and a stock market that's come to take them for granted could be in for a nasty surprise.