After both companies reported eventful first-quarter earnings, it's time to turn our attention to the question of which stock is the better buy, General Electric (NYSE:GE) or Boeing (NYSE:BA)? So far in 2019, the two companies have somewhat disappointed from an operational perspective, but despite the setbacks, both stocks are up handsomely -- at the time of writing, Boeing is up nearly 11%, and GE is up nearly 31% on a year-to-date basis. What are investors to make of this, and which stock is a better pick for long-term investors?

Buy neither if you're worried about the 737 MAX

I'll cut to the chase. Neither stock is worth buying if you don't believe the Boeing 737 MAX is going to get back in service. The grounding of the airplane in the wake of two crashes within six months and the need to upgrade the Maneuvering Characteristics Augmentation Systems (MCAS) software and achieve certification has hit both companies, and if the 737 MAX doesn't get back into service, both companies face a threat to their future earnings prospects. 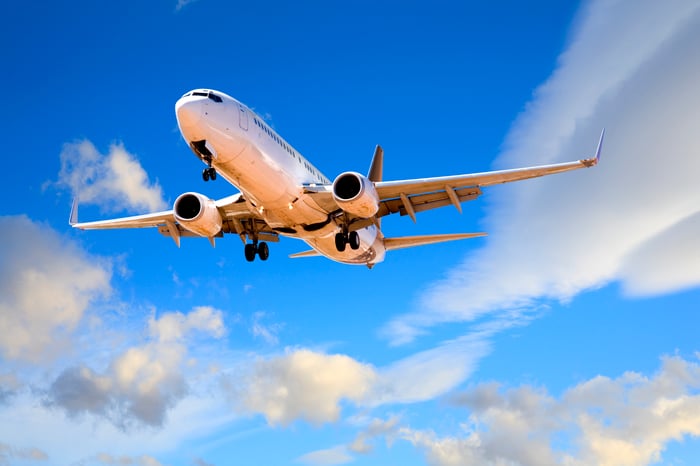 The 737 MAX grounding is a significant threat to Boeing

Alongside the Airbus A320 aircraft family, the Boeing 737 family is the workhouse of the civil aviation industry. While Boeing still produces the legacy 737 aircraft, the newer, more efficient 737 MAX was expected to comprise 90% of 737 deliveries in 2019.

Simply put, Boeing's first priority should be, and is, getting it back into service. While it will be extremely hard for Airbus to ramp A320 family production in order to take advantage, any airline opting for a legacy 737 will be buying an inferior plane to the 737 MAX and the Airbus A320 NEO -- Boeing would surely have to discount heavily on the legacy 737 in order to attract orders. There's no way around it. Boeing desperately needs the 737 MAX back in service.

The same conclusion applies to GE. The company's joint venture with Safran Aircraft Engines, CFM International, produces the LEAP engine, which is the sole engine option on the 737 MAX. CFM also competes with United Technologies' Pratt & Whitney for engine orders on the Airbus A320 NEO. However, it's not feasible for Airbus to ramp A320 NEO production in order to significantly take orders that could be lost on the 737 MAX, and anyway, CFM still has to compete with Pratt & Whitney's engine.

Simply put, the LEAP engine for the 737 MAX, and more importantly the future revenue stream from its aftermarket/service revenue, is the single most important element of GE aviation's future segment revenue. In turn, this makes it the most important product for GE.

The 200 million euro figure is large enough, but it fades into insignificance compared to the potential lost revenue if the 737 MAX is grounded for a long time.

If you are confident in the 737 MAX returning soon...

In this case, Boeing is probably a better buy.

On a positive note for both companies, the civil aviation market remains strong. From United Technologies, through Honeywell International and GE itself, all of the major industrials with aviation exposure reported strong aftermarket demand in the first quarter. This suggests a strong underlying market for Boeing.

Moreover, the sell-off in Boeing's stock looks a little harsh. Boeing has lost nearly $48 billion in enterprise value (market cap plus net debt) since the start of March. Based on the average of its enterprise value to earnings before interest and tax (EBIT) multiple since then and now (around 19.3 times), it appears the market is assuming a $2.5 billion hit in earnings from the 737 MAX debacle. Although it's very hard to know exactly what the final figure will be, the $2.5 billion appears to be an overly harsh assessment at this point.

Turning to GE, Culp has done a good job of rebuilding confidence in the accuracy of management's guidance, and the first-quarter earnings report showed some signs of improvement. However, the reality is that GE is still to report a tangible improvement in its power segment -- notably in its gas power transactional services, an area where GE is expecting revenue and margin improvement in the next couple of years.

Boeing is a better buy

All told, a swift resolution to the 737 MAX issue probably brings about more upside for Boeing, so the aviation giant wins on that front. For GE in general, the company needs to demonstrate some progress on its power segment turnaround before investors can be fully convinced about the stock. That's a risk that hangs over the stock with or without the 737 MAX issue being resolved.