Please ensure Javascript is enabled for purposes of website accessibility
Free Article Join Over 1 Million Premium Members And Get More In-Depth Stock Guidance and Research
By Rich Smith - May 26, 2019 at 7:13AM

Private space companies are proliferating, and the IPOs are sure to come...eventually.

Morgan Stanley's 2017 report on the "Investment Implications of the Final Frontier" made a strong case for investing in space companies today -- because by 2040, this could be one of the most important industries on (technically, off) Earth.

And it appears investors were listening. According to space investing research outfit Space Angels, private investors poured some $1.7 billion in new funds into space start-ups in Q1 2019, twice what was invested in the preceding quarter. In its latest issue of the Space Investment Quarterly, Space Angels -- which bills itself as providing investors "the most comprehensive market intelligence" in this sector -- makes the case that 2019 will be a truly "massive year" for investment in the space economy. 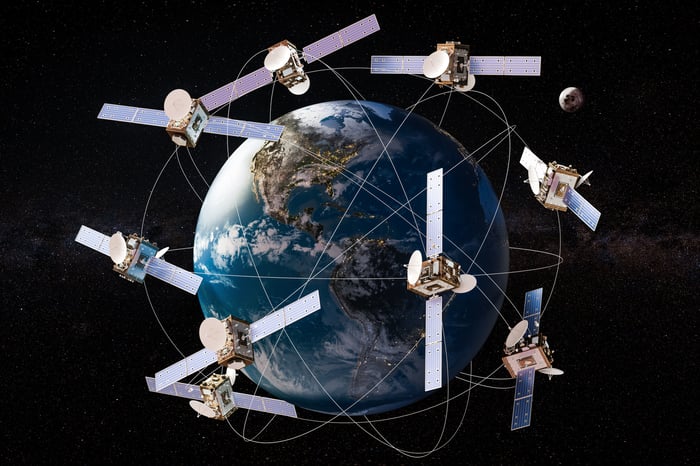 December 8, 2010, arguably marked the beginning of the current space race. This was the date SpaceX launched its first Dragon space capsule aboard a Falcon 9 rocket, becoming the first private (nongovernmental) entity to orbit the Earth with a man-made spacecraft.

Up until that time, investors had invested less than $1 billion -- total -- into the creation and development of private space companies, the industry we now know as "New Space." But my, how times have changed.

Over the past decade, investment in New Space has exploded in scale, totaling some $20.4 billion invested into hundreds of private space ventures.

2. An expanding cast of characters

Northrop Grumman and Orbital Sciences, Aerojet Rocketdyne and Ball Aerospace (a subsidiary of the packaging company), Sierra Nevada Corporation, and a few others rounded out the list. But still, this was only a small handful of nongovernmental space companies operating in the world.

By Space Angels' count, the number of private space companies has now grown to 435 -- and these are just the ones receiving private investment dollars from as many as 587 different venture funds. Globally, Space Angels says it's now tracking some 1,500 space start-ups.

Many of these companies are attracting venture capital investment. Some others are getting bought up in their entirety.

4. Satellites get most of the cash

That's more money than was invested in satellite start-ups than in all of 2018.

So far this year, one single deal encapsulated the bulk of the funding going into space when, in March, OneWeb secured its "largest fundraising round to date." SoftBank Group, Grupo Salinas, Qualcomm Technologies, and the government of Rwanda (!) combined to sink $1.25 billion in new funding into satellite communications company OneWeb. With $3.4 billion in total funding attracted, OneWeb now has the capital needed to begin the mass production, in cooperation with joint venture partner Airbus, of at least 650 satellites for its new broadband internet satellite constellation.

5. The year of commercial space travel

But satellites aren't all these companies are sending into space. Calling 2019 "the Year of Commercial Space Travel," Space Angels notes that four separate companies are still hoping to launch new human-rated spaceships from U.S. soil this year, putting Americans back in space under their own power for the first time since the Space Shuttle program closed down in 2011.

As exciting as all of the above is for space watchers, I admit that it's a bit frustrating as an investor, knowing that because the vast majority of these companies remain privately owned and far distant from any IPO date, there's still no chance for most of us to invest in their success. That being said, with 435 companies to choose from, the odds seem strongly in favor of at least a handful of these companies making an initial public offering eventually.

The best way to know which ones are worthy of investment when that day comes is to start watching them now. Good hunting!