The animal-free protein revolution is just getting started.

Investors haven't been able to get enough of Beyond Meat (BYND -4.43%) shares, which have continued to surge after a wildly successful -- and wildly underpriced -- initial public offering (IPO). As of this writing, the business sports a market cap of $5.6 billion following news that it's building a manufacturing facility in Europe to smooth over logistics and transportation obstacles on the continent. Investors are also eagerly awaiting the announcement of first-quarter 2019 operating results on June 6.

While the business has plenty of growth ahead of it, individual investors might want to ground themselves in reality. Barring an acquisition, Beyond Meat is trading at one heck of a premium. Shares sit at 64 times sales and nearly eight times enterprise value.

It's also worth considering that the novelty of the first publicly traded plant-based-protein food company will wear off once Wall Street realizes there are dozens of start-ups following in Beyond Meat's footsteps. Here are five you should know about in no particular order. Often labeled the chief competitor to Beyond Meat, Impossible Foods raised another $300 million in venture capital in May to send its private valuation to about $2 billion. The company relies on genetically engineered yeast to produce a molecule called heme, which helps its plant-based proteins to "bleed" similar to those derived from animal meat. The start-up has successfully piloted an Impossible Whopper in a growing number of Burger King locations, and is testing Impossible Sausage with the Little Caesar's pizza chain.

Of course, aside from competing for restaurant and food chain distribution deals, it's not quite accurate to say any two animal-free protein companies are competitors. The global meat market is valued at an estimated $1.4 trillion, meaning there's plenty of market share to go around. Besides, if the upstart field is going to succeed in significantly reducing the role of animals in the food supply, then it's going to take many companies doing their part. 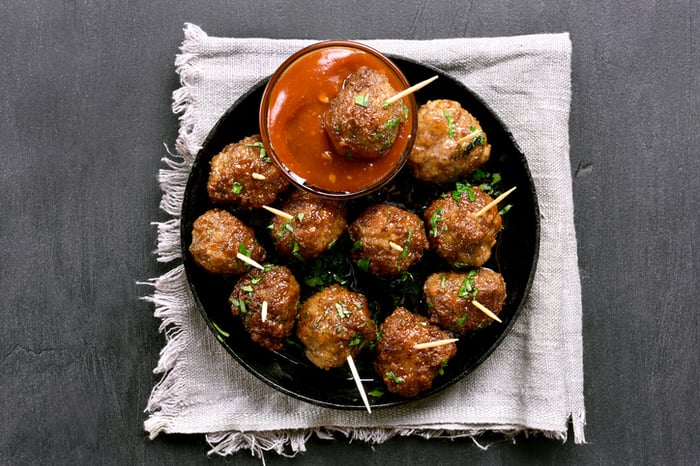 This company's investors include Tyson Foods (TSN 1.38%), Cargill, Bill Gates, and Richard Branson, but its approach to technology is a little different from that of Beyond Meat or Impossible Foods. Memphis Meats relies on tissue engineering to produce real animal meat, except the vessel used to grow the meat is a bioreactor instead of a live animal. It's called "cultured meat" or "clean meat", and it holds promising potential to reduce the impact of livestock cultivation.

One academic study estimates that cultured meat production can reduce greenhouse gas emissions by 96%, energy consumption by 45%, land use by 99%, and water consumption by 96% compared to traditional industrial farming for the same mass of food. While there are still technical obstacles that need to be overcome -- animal cells grown in a bioreactor currently require animal products to thrive, commercial-scale production remains out of reach, and more -- successful proofs of concept have garnered the attention of meat producers such as Tyson Foods and Cargill.

Mark Post made cultured meat before it was cool, debuting the world's first lab-grown animal meat burger in 2013, albeit at a cost of over $250,000. Now he's the co-founder and Chief Scientific Officer of Mosa Meat, which lists investors such as the venture capital arm of Merck, Alphabet's Sergey Brin, and Bell Food Group.

The latter is the largest meat processor and manufacturer of convenience products in Switzerland, which suggests the start-up has an easy path to market-testing its products. Mosa Meats expects to have its first products on the market in the next three or four years. 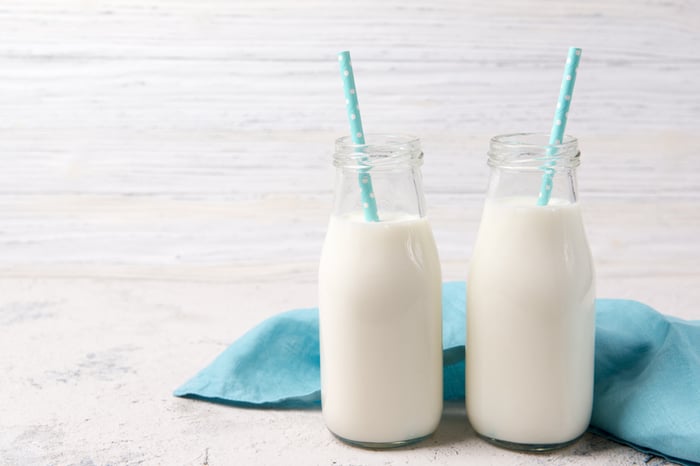 Just as you don't get all of your protein from burgers and sausage (at least we hope not), start-ups are developing a diverse range of animal-free protein products. Clara Foods announced a Series B round of fundraising in late April led by Ingredion (INGR -0.28%). The capital will be used to commercialize the company's cultured egg protein products -- grown without chickens, of course.

Clara Foods has previously demonstrated its ability to make egg white proteins, which could seize a huge opportunity in restaurants and fast-food chains, but is also exploring other uses for its products, including beverages, baking ingredients, and more.

Beyond Meat may have been the first animal-free protein company to debut on the public markets, but while Wall Street and investors are clamoring over its growth potential -- which is indeed significant -- it won't be the only investment opportunity in the field for very long. Whether through more IPOs or acquisitions, some of the start-ups on the list above (and those not listed) could find a way into your portfolio within the next few years.