PepsiCo (NASDAQ:PEP) has been a reliable dividend stock for decades. The company has raised its annual dividend for 47 consecutive years and currently pays a yield of about 3%. On top of that, Pepsi's stock has also outpaced the market over the past year, rising 23% compared to the S&P 500's 5% gains.

But there are other great dividend stocks out there that pay a higher dividend than Pepsi. To help you find some of the best ones, we asked three Motley Fool contributors for their suggestions, and they came back with General Mills (NYSE:GIS), Ford Motor (NYSE:F), and Verizon Communications (NYSE:VZ). Here's why. 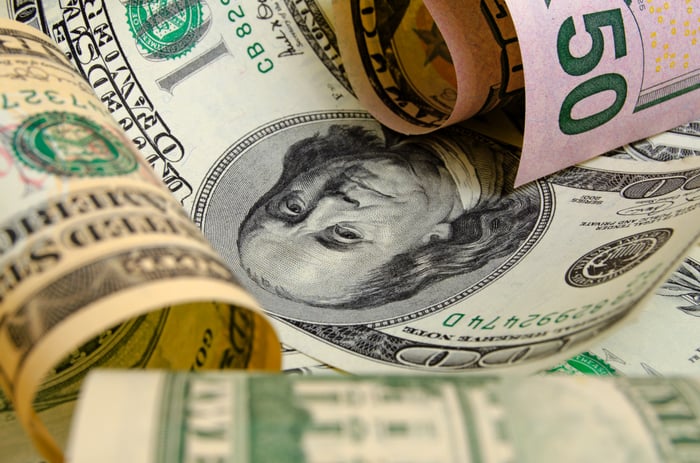 Prepackaged food gets its boogie on

Nicholas Rossolillo (General Mills): The prepackaged food industry hasn't been the stalwart investment the last few years that it was in times past. Food innovation and a shift in consumer preferences toward healthier and fresher options have meant stagnating-at-best returns for many boxed-consumable makers. That's the boat General Mills was in -- at least until 2019 got underway. However, the stock has rallied 36% so far in 2019 after a 34% drubbing last year.

General Mills and its stable of breakfast cereals, baking products, pet food, and other snacks isn't likely to set the world on fire anytime soon. But the company's to-date fiscal 2019 performance has been solid. Through the first nine months ended February 24, 2019, sales were up 7% and adjusted earnings per share grew 3%. The company will be reporting its end-of-fiscal-year results late in June, and all indications are that the rebound will continue.

General Mills has made continuous adjustments the last few years, adding the pet food company Blue Buffalo to its stable as well as various organic food options. It took some time, but it appears that the adjustments are starting to pay off. Don't expect huge double-digit upside like what the stock has put up so far this year; slow and steady performance is what this food manufacturer is all about.

Along the way, investors get treated to a healthy 3.7% dividend yield. That's much better than snack brand and soft drink peer Pepsi is offering, and could be a good fit in a conservative income investor's portfolio.

Sure, with the highly profitable North American light-vehicle market plateauing, a global economic slowdown, and escalating trade tensions between the U.S. and China, Ford's growth story is a tough sell on Wall Street. But for income investors, it's an enticing dividend yield, and much of the negativity appears priced into Ford's stock, which is trading right around $10 at a price-to-earnings ratio of only 12 times.

Despite the headwinds facing Ford, the company has finally seen progress from its turnaround strategies. Ford has changed a handful of leadership roles and recently announced it would eliminate roughly 10% of its white-collar workers through layoffs and voluntary buyouts; these changes plus cost gains and product-line adjustments enabled Ford to post a better-than-expected first quarter. Ford's adjusted earnings per share checked in at $0.44, compared to analysts' estimates of only $0.26 per share.

There's plenty of work left to do for Ford's management team, and restructuring the company's business will be expensive -- CFO Bob Shanks estimates one-time charges will total roughly $3 billion by the end of 2019. But with a list of new products set to be rolled out over the next few quarters, the company is positioned to post better full-year results for 2019 than for last year. With improving bottom-line results, a turnaround gaining traction, a cheap valuation, and juicy dividend yield, Ford's worth a look for income investors.

Connect to this dividend stock

Chris Neiger (Verizon Communications): Verizon is a strong dividend play considering the telecom giant's forward yield is north of 4%. That's higher than Pepsi's yield, of course, but it's the company's potential in the growing 5G market that investors should really pay attention to.

Verizon believes that the services being born out of 5G have the potential to create $12.3 trillion in global economic value by 2035, and it's moving quickly into this space so it can benefit. 5G is the next phase of connectivity for mobile and Internet of Things devices and will bring faster internet speeds and lower latency (faster connections between devices and cell towers) than 4G LTE.

The company has already debuted 5G in some select cities and has plans to bring the new technology to more than 20 cities by the end of this year. Verizon's nationwide 5G rollout will likely take some time, but as the leading cellular carrier in the U.S. it arguably stands to benefit the most as 5G takes off.

Verizon's stock has gained 19% over the past year, compared to the S&P 500's 5% jump, and with 5G just getting started, there could be more share price gains around the corner. Add that to Verizon's impressive dividend, and this telecom looks like a strong contender for income investors.