Virtual reality (VR) has changed a lot since Facebook's (NASDAQ:FB) Oculus Rift and HTC's (OTC:HTCKF) Vive were launched in 2016. Headset graphics have improved, graphics cards are getting better, and there's now a wider selection of content available.

Until recently, one consistent technology underlying the industry's best headsets was what's known as "outside-in" tracking. Base stations or lighthouses needed to be placed on a desk or in the corner of a room in order to better triangulate where the headset and controllers were at any time. But now, headset makers are transitioning increasingly to "inside-out" tracking, and it'll change the VR industry forever. 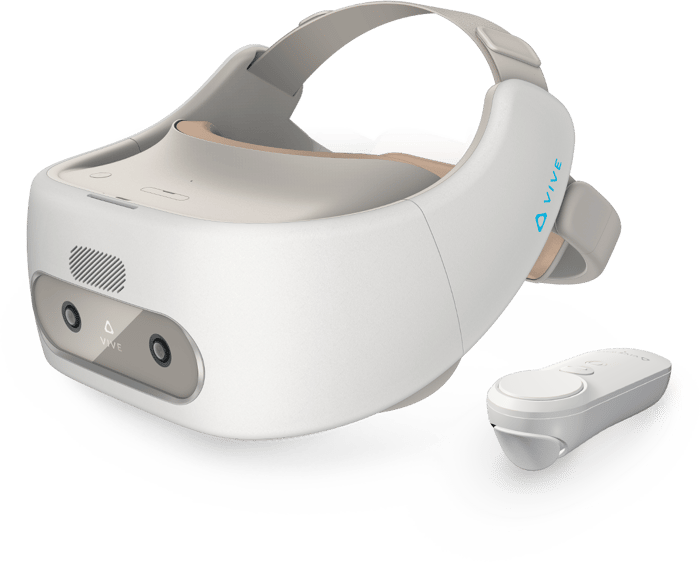 With inside-out tracking, a headset uses internal cameras to look at the environment around it and create points it can track within a space. This eliminates the need for base stations or lighthouses, making it much easier to set up a VR headset. It also means there are fewer components that can potentially become defective.

Inside-out tracking isn't without its flaws, however. If a headset with inside-out tracking can't "see" controllers or other devices it's trying to track, it won't be able to triangulate their positions. Microsoft's mixed-reality headsets suffered from this early on because they would lose "sight" of controllers even when they were in the normal operating range during use. This can be improved as the device's field of view increases and companies incorporate sensors that allow the system to estimate a device's location, which improves the experience.

Everyone is going inside-out

Oculus' Quest (launched in May) was the first well-known mass-market product that had inside-out tracking, which was needed because it's a stand-alone headset. But it's not the only option anymore.

Rift S from Oculus (also launched in May) has replaced the original Rift and its trackers along the way. All of the company's headsets are now using inside-out tracking. Rift S is still tethered to a computer but no longer needs external trackers.

Opening up a world of possibilities

If the VR industry can make inside-out tracking work well, it'll make it easier for consumers and enterprises to set up and regularly use VR. That's the big reason the technology is so intriguing for enthusiasts and investors.

Where the real game-changer comes is with untethered headsets that also use inside-out tracking. Oculus Quest is the first mass-market product to combine the two technologies, and if it's a success, it could drive a new wave of broader adoption, which is much needed for the industry right now.