In a June letter to the shareholders of Taubman Centers ( TCO ), activist investor Land & Buildings threatened to replace Taubman's board of directors in 2020 if the company doesn't take action to create value for shareholders.

Taubman Centers owns a real estate portfolio of luxury malls in the U.S. and Asia, and Land & Buildings believes these holdings could be worth as much as double the current market value of the company. The activist has referred to Taubman's 11 most valuable real estate assets as its "Jewel Box" and wants the company to sell or spin them off to realize value for shareholders.

Should Taubman Centers heed to activist pressure or risk a proxy fight in 2020? 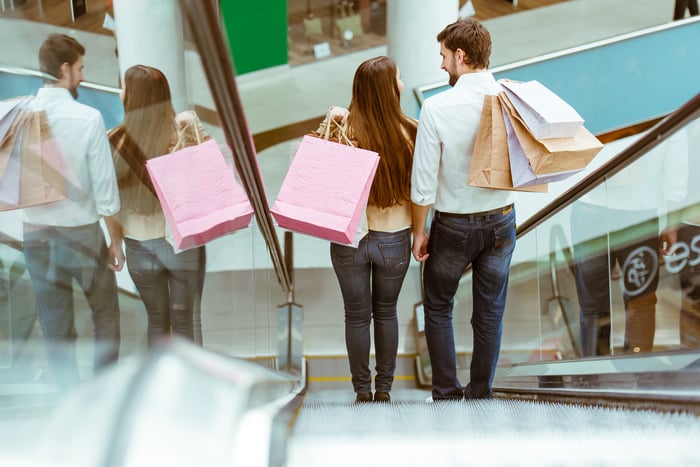 Land & Buildings first took an activist position with Taubman Centers in 2016 when it released a lengthy presentation calling for changes in corporate governance at the company. Since 2016, the two parties have had the corporate equivalent of a shouting match, with the two sides sending out numerous press releases and slide presentations arguing their case for the future of the company.

In 2018, Land & Buildings founder Jonathan Litt was elected to Taubman Centers' board of directors after a failed attempt in 2017. Litt advocated for operational changes that he believed would increase the company's earnings, including more efficient use of empty mall retail space and adding more in-mall advertisements. Litt also called for the company to eliminate its dual-class share structure, which gives the Taubman family more voting rights for owning a separate class of stock. To illustrate the voting disparity, the Taubman family owns roughly 2% of the company's common stock but controls about 30% of the total voting interests through their ownership of non-traded Series B stock.

Despite winning a board seat, Land & Buildings has so far failed in its efforts to change Taubman Centers. The dual-class share structure still exists, and the company's financial performance has not improved. Taubman Centers' stock price is now at a multiyear low. Litt stepped off the Taubman board this year, noting in a recent letter that "one independent shareholder voice in the boardroom was simply not enough to implement the changes necessary to drive shareholder value at Taubman."

Taubman Centers owns and operates a real estate portfolio of luxury shopping malls in dense metropolitan areas. It is focused on what is known as Class A malls, which tend to be located in affluent neighborhoods and carry premium retail brands.

Despite negative headlines describing declining foot traffic at shopping malls, Class A malls have continued to do well. Shoppers continue to visit luxury shopping malls in droves, supporting much higher store rents at these destinations. Taubman's malls are among the most productive in terms of retail sales per square foot in the U.S.

In a December 2017 presentation, Land & Buildings highlighted several of Taubman Centers' malls that it believes are some of the most attractive in its portfolio. These properties are likely some of the assets that make up the Jewel Box. As the table below shows, Taubman Centers owns several malls located in affluent communities and boasts attractive sales per square foot.

In its June letter, Land & Buildings noted that Taubman's 11 Jewel Box assets alone are worth more than the current market value of the company and can be monetized through a sale or spinoff. The activist also calls on the company to divest its Asian properties because it doesn't believe they add value to the overall portfolio.

It's important to note that Land & Buildings is an investment firm specializing in real estate. The firm has successfully waged activist campaigns in the past that have unlocked real estate value at companies like retailer Hudson's Bay and casino MGM. Given that Litt has served on the Taubman board, Land & Buildings has a particularly strong understanding of the inner workings of Taubman Centers.

It's safe to say that Land & Buildings has good insight into what Taubman Centers' real estate portfolio could be worth, and it is taking action to call attention to that value.

If Taubman Centers' real estate is so valuable and the market is not giving the stock proper credit, what is holding the company back from acting on the activist's proposal?

Land & Buildings has argued in the past that the Taubman family is entrenched at the company and benefits from their lucrative relationship through employment and other perks. In other words, the activist believes that the Taubman family has a conflict of interest when it comes to maximizing value for the rest of the shareholders.

This is why Land & Buildings believes the board should be changed. However, whether or not Land & Buildings would be successful in its attempt to take over the board in 2020 is another matter. Due to the Taubman family's control of 30% of the shareholder vote, the activist would need the overwhelming majority of the remaining shareholders to support its proxy fight in order to prevail. While this is possible, it's certainly a tall order.

Land & Buildings may have a better shot of persuading Taubman Centers' management to monetize some of the assets. The activist's proposals are not necessarily new, but the stock's currently depressed share price may increase pressure on the company to take action.

Malls: How Many Is Too Many?

Near a 10-Year Low, Is Simon Property Group a Buy?