On a record day for stocks, Genesee & Wyoming agreed to be bought by Brookfield Infrastructure Partners, and Applied Materials announced a significant acquisition.

Investors were encouraged by the outcome of trade talks at the G-20 meeting this weekend, and tech stocks led the market higher on Monday. The S&P 500 (^GSPC -0.40%) finished at a record high, and the Dow Jones Industrial Average (^DJI 0.00%) also rose, ending the day just 0.2% below its record close. 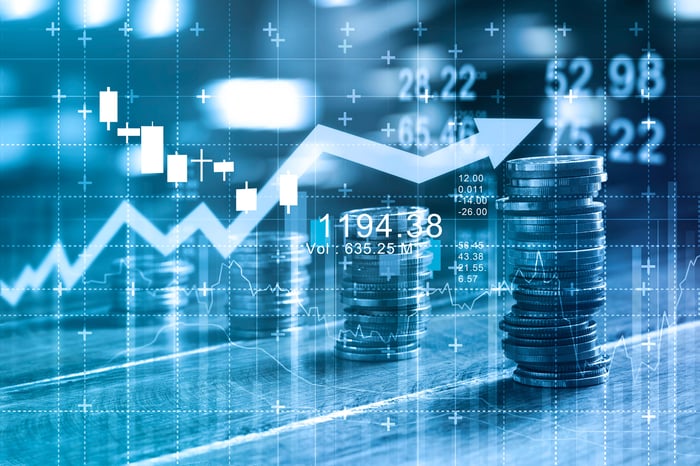 Shares of short-line railroad operator Genesee & Wyoming soared 8.9% after the company announced it's agreed to be taken private by an affiliate of Brookfield Infrastructure Partners and GIC, the investment firm that manages Singapore's foreign reserves.

The investors are offering $112 per share in cash for the rail company, which represents a 39.5% premium to the share price the day before news of a potential agreement leaked to the press. The deal, worth about $8.4 billion, is subject to approval by two-thirds of G&W shareholders and regulatory approval and is expected to close by year-end or early 2020.

Brookfield has been selling off slower-growing assets like its electricity business in Chile and recycling those funds into new businesses to recharge growth. G&W has bought up small regional lines and now operates 120 freight railroads in the U.S., Australia, and Europe, generating double-digit profit growth.

Applied Materials aims to bolster its offerings with an acquisition

Semiconductor equipment leader Applied Materials announced an agreement to buy Kokusai Electric from global investment company KKR for $2.2 billion in cash. Shares of Applied Materials opened 3.8% higher on the news but ended the day with a 1.7% gain. KKR shares rose 2.4%.

Kokusai Electric makes thin film deposition systems for processing silicon wafers for semiconductors, specializing in the tiny geometries needed for chips for growing markets like artificial intelligence, the Internet of Things, and self-driving cars. It was originally a subsidiary of Hitachi, but under KKR was repositioned as a pure-play semiconductor equipment maker, posting $1.2 billion in revenue in fiscal 2018.

Applied Materials has been working through a slowdown in the semiconductor equipment industry, but the purchase adds high-productivity wafer batch processing systems, with the ability to process multiple wafers at once, to complement the company's single-wafer systems. Applied Materials' CFO deflected a question about acquisitions in the most recent conference call, but the company expects the deal to be immediately accretive to earnings, and investors seemed to approve today.

Is Market Volatility Making You Sell? 3 Dividend Stocks That Are Easy to Hold