Stocks are rallying, and a whopping 755 exchange-listed stocks hit new highs last week. There are a lot of investments trading at their highest level in more than a year -- if not ever -- and some of them may be surprising entries on the list.

Adobe (NASDAQ:ADBE), Starbucks (NASDAQ:SBUX), and Hilton (NYSE:HLT) are some of the seemingly unlikely names snagging fresh high-water marks. Let's go over why these three stocks are faring so well. 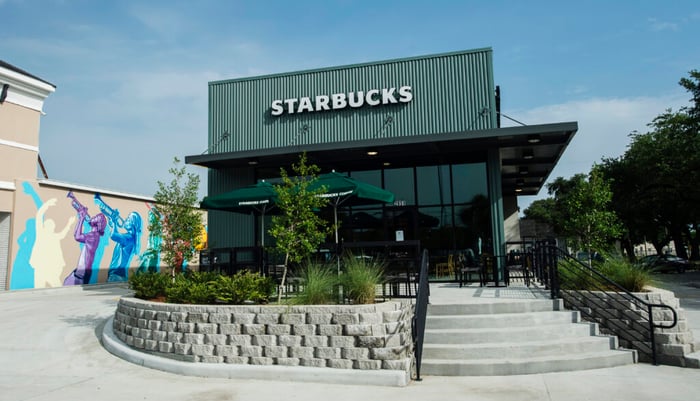 Several years ago, it seemed as if the internet would be the end of Adobe. Why would someone pay top dollar for desktop publishing tools including Photoshop and Acrobat when free or nearly free options were available as apps? Adobe found a way to rise above, migrating to a cloud-based subscription platform -- and it's working.

Adobe has rattled off 17 consecutive quarters of record revenue, with subscription revenue accounting for nearly 90% of its business. Adobe's top line rose 25% in its latest quarter, ahead of its earlier guidance. Adjusted earnings also rose better than expected. Adobe found a way to reinvent itself, and it's rewarding investors in the process.

The baron of baristas saw its stock hit an all-time high on Friday, despite a potentially thorny incident in Arizona a day earlier. Six police officers were reportedly asked to leave a Tempe Starbucks on Independence Day after a customer complained of feeling unsafe as a result of their presence. This is an evolving story, but with DumpStarbucks trending as a hashtag on social media over the weekend, it will be interesting to see how the market reacts on Monday.

Starbucks is ubiquitous. It's so addictive that it couldn't find its way out of a Game of Thrones shoot. There are now 16.8 million active Starbucks Rewards accounts, and die-hard regulars keep growing in number with every passing quarter. This doesn't mean that things are perfect. Revenue growth decelerated for the fourth quarter in a row, rising a mere 4.5% last time out. Adjusted earnings per share fared better, but that was partly the result of aggressive buybacks over the past year. In short, Starbucks isn't as perfect as its stock price makes it seem.

Analysts at Deutsche Bank, Berenberg, and Raymond James downgraded Hilton stock two months ago, largely on valuation concerns. Here we are -- two months later -- and the stock is once again hitting new highs.

Hotel chains may not be fertile soil for growth-stock investing, especially with online platforms including Airbnb, HomeAway, and VRBO making spare guest rooms marketable lodging options. Hilton is still finding ways to grow. Average revenue per available room -- the key metric in the industry that combines going rates with occupancy levels -- is expected to climb 6.5% this year. In short, Hilton checks out because people keep checking in.