This Canadian rail company, transportation infrastructure operator, and aerospace contractor are interesting stocks to keep an eye on this month.

The transportation industry is a crucial cog in the global economy, as it builds and operates the infrastructure and equipment necessary to transport goods and people. This year, the transportation and warehouse industry in the U.S. will haul in $1.3 trillion of revenue, according to IBIS World. That represents a 2.6% increase compared to 2018, which is much faster than the sector's 1.7% annual growth rate over the last five years, thanks to a strong economy in 2019.

The transportation sector's accelerated growth rate in 2019 has helped drive big gains in transportation stocks this year, as evidenced by the SPDR S&P Transportation ETF, which has risen nearly 15% so far this year. With the sector enjoying a strong year, we asked three of our contributors which transportation stocks they have their eye on this month. Here's why they think Canadian rail operator Canadian National Railway (CNI -1.59%), infrastructure giant Brookfield Infrastructure Partners (BIP -0.36%), and aerospace and defense contractor Boeing (BA 1.29%) are the most compelling ones to watch this July. 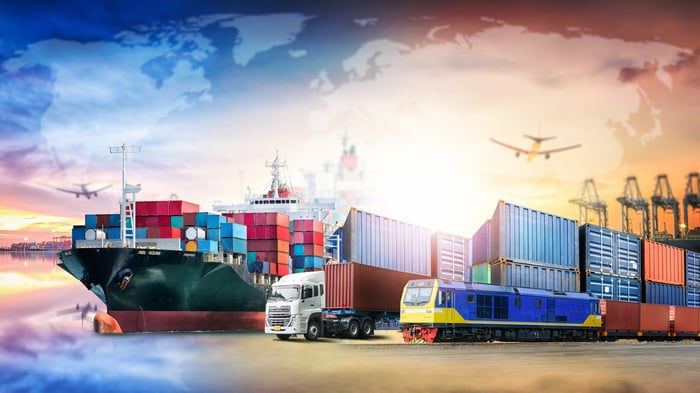 Jason Hall (Canadian National Railway): After taking an absolute beating to finish 2018, shares of this top-notch North American rail services provider have come roaring back in 2019. At this writing, they're up 25% since the calendar turned to January, and 30% from the recent low on Christmas Eve 2018. That's even better than the S&P 500 index has done during the 2019 recovery: 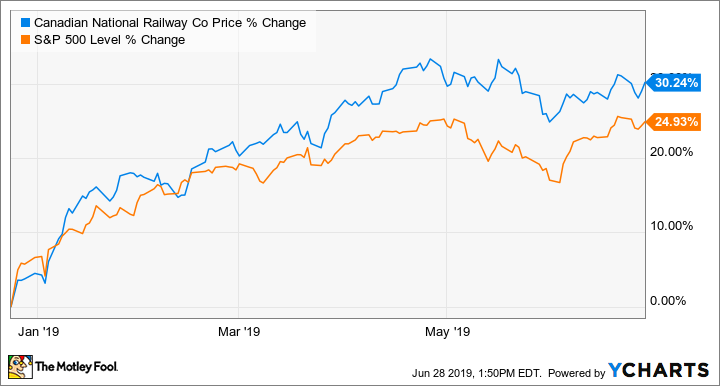 Moreover, the company, which operates a substantial portion of its business in Canada (surprise, surprise), was able to navigate a particularly harsh winter relatively unscathed, and is steaming into 2019 with solid momentum.

And I think the combination of solid results to start the fiscal year, along with big capital investments in 2018 to expand its network, make CN, as it's known, worth putting high on your watchlist for July. CN is set to report its second fiscal quarter's results on July 23, and chances are it will report another solid quarter and give investors more information about its growth prospects across North America.

If you're looking for top transportation stocks to own, CN should be on your list, and July 23 should be circled on your calendar.

Matt DiLallo (Brookfield Infrastructure Partners): Brookfield Infrastructure Partners has quietly become a transportation infrastructure powerhouse over the last few years. The company and its partners have acquired toll roads in Brazil, Chile, Peru, and India, railroads in South America and Western Australia, and port terminals in North America, the U.K., Australia, and Europe. These assets supply the company with predictable cash flow backed by long-term contracts, which helps support its attractive 4.6%-yielding dividend.

The company's transportation infrastructure portfolio, however, has been undergoing some notable changes in recent months. Last year the company sold a 33% interest in its Chilean toll road operation for $365 million, and more recently it agreed to sell its 40% stake in the European bulk port operations for $130 million. These sales are part of the company's capital recycling program, through which it sells mature businesses and reinvests the cash flow into more attractive opportunities.

Brookfield Infrastructure recently found one such deal as it partnered with Singapore's sovereign wealth fund and other investors to acquire regional railroad operator Genesee & Wyoming (GWR) in an $8.4 billion deal. Brookfield will invest about $500 million into the transaction, which will help expand its rail operations to four continents. Further, the investment in Genesee & Wyoming will enhance its Australian rail business while giving it a large-scale presence in North America.

That deal makes Brookfield Infrastructure an even more compelling stock idea for investors seeking exposure to the transportation sector, which is why they should consider adding it to their watchlist this month.

Tyler Crowe (Boeing): Boeing's stock has been an intriguing tale to watch over the past year. As the story about the 737 MAX crashes unfolds, it doesn't cast management in a very favorable light. The company could be exposed to significant liabilities as a result of the crashes, every current 737 MAX is grounded until a fix is made, its supply chain is completely disrupted, and news about the 737 MAX's initial certification process is looking questionable.

And yet all this bad news hasn't had much of an effect on Boeing. Not only has its stock barely moved as the news unfolds, but companies also lined up to order more 737 MAX planes at the Paris Air Show. To say all this bad news doesn't matter is an overstatement, but it does go to show how crucial Boeing is to the global commercial aviation industry. It's difficult to find an analyst who says this is anything more than a minor setback. 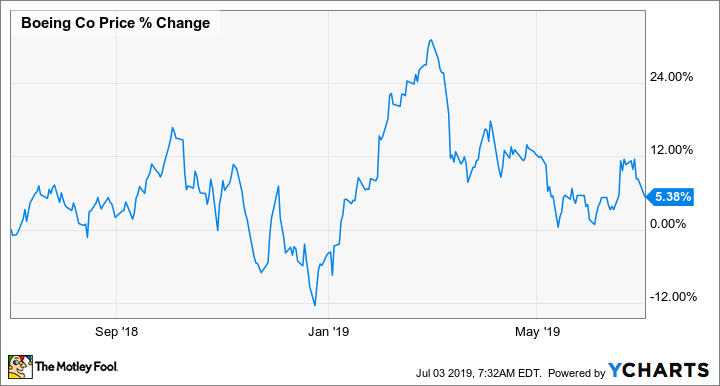 Boeing is going to remain a commercial aviation powerhouse -- there's little doubt of that. Its other offerings in both the wide- and narrow-body aircraft businesses are too popular, and commercial airline traffic is set to grow immensely over the next decade at least.

The question that remains, though, is how much of a financial impact this entire 737 MAX saga will have on Boeing's overall profitability. It will be worth watching over the next few quarters to see if there are larger or more lasting financial impacts from this debacle.