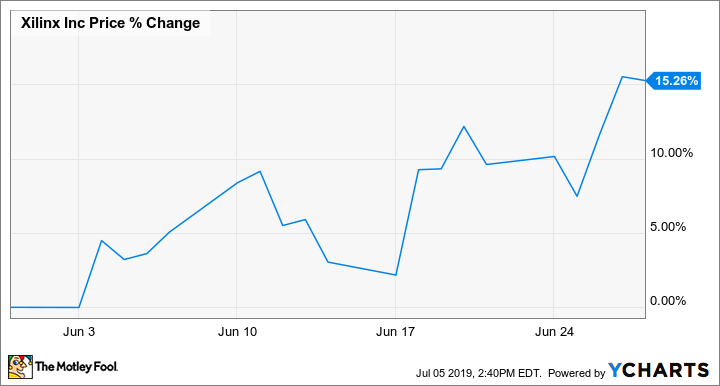 Xilinx touted its 7nm Versal ACAPs as the first chips in their class in a press release published on June 18 and stated that these uniquely powerful chips were significantly more capable than traditional central processing units (CPUs), graphics processing units (GPUs), and field programmable gate arrays (FPGAs). Shares jumped following news that the company's new chips were on their way to customers and climbed even higher to close out the month. 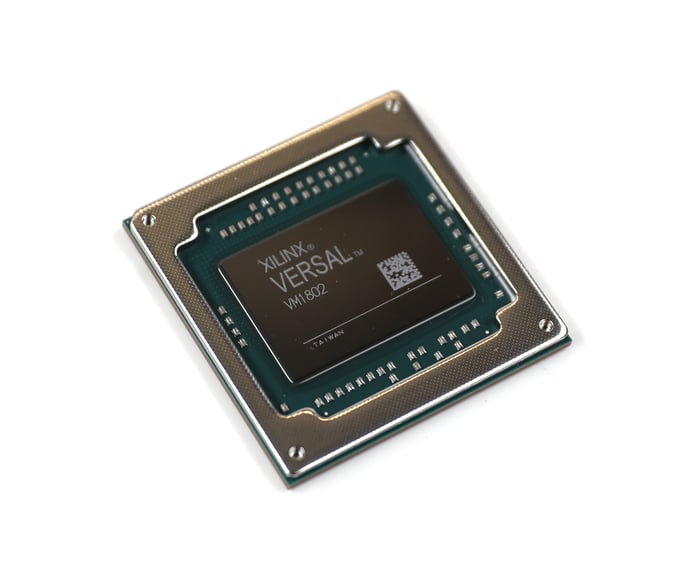 The company's press release described the capabilities and applications of the Versal ACAP chip family as follows:

An ACAP is a highly integrated, multicore, heterogeneous compute platform that can be changed at both the hardware and software levels to dynamically adapt to the needs of a wide range of applications and workloads in data center, automotive, 5G wireless, wired and defense markets. Built from the ground-up to be natively software programmable, the Versal ACAP architecture features a flexible, multi-terabit per-second network-on-chip (NoC). The NoC seamlessly integrates all engines and key interfaces, making the platform available at boot and easily programmed by software developers, data scientists and hardware developers alike. Through a host of tools, software, libraries, IP, middleware, and frameworks, ACAPs enable dynamically customizable accelerated computing solutions through industry-standard design flows.

The reported power and flexibility of these chips appears to reinforce Xilinx's position as a leader in semiconductors for high-end, intensive computing applications, and news that they are now shipping to customers shows that they are ready for market and could become a meaningful sales contributor in the not-too-distant future.

Xilinx's strength in programmable chips makes the stock a promising way to play emerging technology trends like artificial intelligence and the Internet of Things. There aren't many players in the company's corner of the semiconductor market, and its product specialties look like they will continue to be crucial to enabling some of the biggest tech advancements of the next decade.

Shares now trade at roughly 30 times this year's expected earnings and come with the 1.2% dividend yield.