Shares of Sea Limited (NYSE:SE) gained 193.5% across the first six months of 2019, according to data from S&P Global Market Intelligence. Success for one of the company's video games helped deliver strong sales and earnings growth and push the stock to new heights. 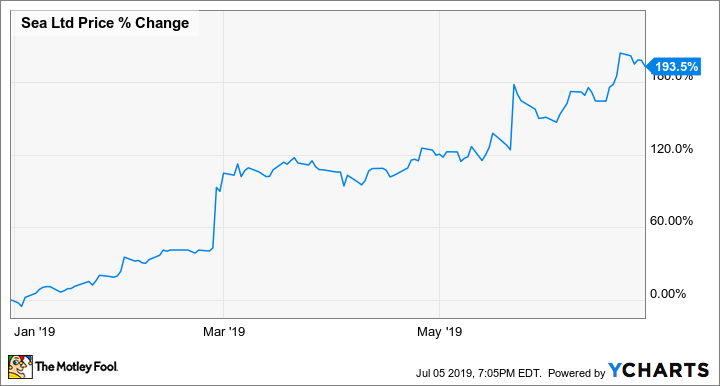 Sea Limited stock's biggest jump of the year came in February after the company published fourth-quarter earnings results that showed huge sales growth thanks to the success of its mobile game Free Fire. Shares continued to trend higher and got another big pricing boost with the company's first-quarter results in May.

Free Fire, the company's entry in the hugely popular battle royale genre that also includes Fortnite and Player Unknown's Battlegrounds, has been putting up great results and appears to have staying power. As per figures given by the company in May, the game had climbed to 450 million monthly active users and 50 million daily active users. Total revenue for the quarter rose 193.8% year over year to reach $578.8 million and blew past the average analyst target. Management said that it expects the strong results to continue and that it could raise its full-year guidance with the company's next quarterly report, which is expected to arrive in August.

Sea Limited stock has continued to climb in July, with shares trading up roughly 6% in the month so far. 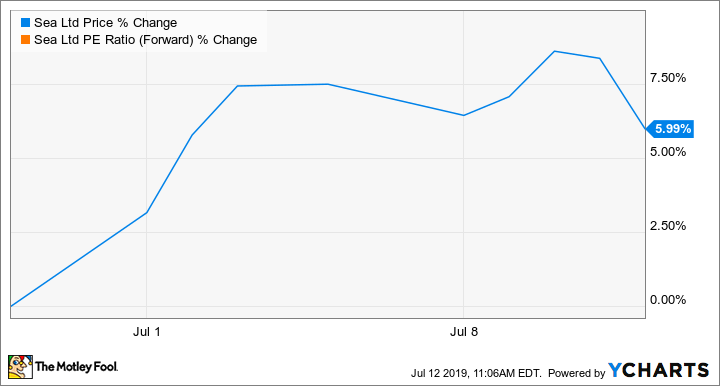 The company released a new content update for Free Fire at the beginning of July that included a new environment, a new character, and other features. This type of iterative content release strategy can be a very cost-effective way to keep players engaged, and the company also has new titles to release this year. The company's current mid-range sales guidance calls for roughly $1.9 billion in sales this year, but revenue could easily exceed that target if Free Fire continues to perform well and other games are successful.