CSX (NASDAQ:CSX) notched another three months of truly impressive efficiency gains in the second quarter of 2019, but this performance was overshadowed by the company's reversal of its full-year revenue outlook. Results released Tuesday after the markets closed reveal a continuation of declining volume that is only partially mitigated by higher average revenue per car. Below, we'll review important details from the quarter and dive into management's revenue outlook revision. Note that all comparative numbers in this article are presented against the prior-year quarter. 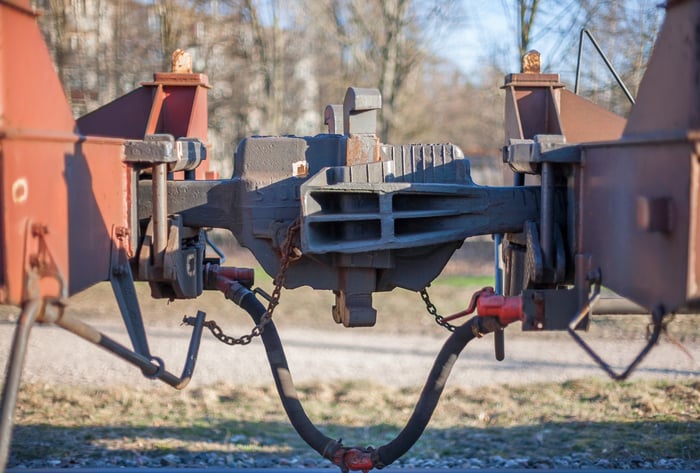 Management taps the brakes on growth

Investors already had access to volume trends before CSX's earnings report (as they do every quarter) through the company's weekly carloads report, so the second quarter's volume decline wasn't a surprise. Nor was CSX's total top-line result, as it was apparent that pricing power wouldn't completely absorb the effect of declining carloads this quarter. In my earnings preview last week, I noted that share price reaction to the earnings report would hinge on management's outlook for volume and revenue in the second two quarters of 2019.

During the company's earnings conference call on Tuesday, management essentially flipped the company's full-year revenue outlook, from a previous target of 1%-2% revenue growth to an expected decline of 1%-2%.

CEO Jim Foote painted a picture of economic uncertainty during the call, noting that the present environment was one of the most puzzling he's seen in his career, as volumes have slowly decreased since the beginning of the year despite what appears to be a benign economic environment.

Foote also listed several discrete factors that will weigh on volumes in the second half of the year, including the continuing strength of natural gas (which pressures both domestic and exported coal), a recent lack of typically seasonal strength in intermodal traffic, weakness in industrial business, and the effect on crude oil shipments of a refinery explosion in Philadelphia last month.

In discussing the prevailing sense of uncertainty and tapering demand, Foote observed that ongoing trade disputes and tariffs aren't helping CSX's customers' confidence. Yet the CEO also characterized the outlook tweak as an adjustment to current conditions, and allowed that CSX could still close out the year with growth should volumes prove resilient in the final two quarters. As he argues below, the organization is seeking to be pragmatic in revising its outlook:

We are not necessarily being pessimistic about the second half of the year. But in as much as we need to adjust guidance, we're just setting out the obvious. This outlook is based on the current business levels and there is upside to this forecast if conditions improve in the second half. We are seeing a range of conflicting data points and economic indicators and regularly speak with customers, who despite the recent downtime slowdown remain cautiously optimistic about the second half...We feel it is most prudent to actively manage expenses today to today's volumes, rather than take a wait and see approach.

It's not clear that shareholders were sold on CSX's pragmatism, as they appeared to read the outlook revision as a clear and rather definite signal of faltering revenue. Indeed, many investors took the opportunity to book profits on CSX shares, which had gained 28% year to date through Tuesday. Shares of the rail behemoth were down as much as 12% during the Wednesday trading session. Longer-term investors are likely to read the company's weekly carloads report a little more closely over the next few months.