No one is buying General Electric (NYSE:GE) for what it is now but rather for what it could become in a few years. CEO Larry Culp has been perfectly clear that GE's industrials businesses are likely to see cash outflows in 2019 but turn positive in 2020 and then accelerate in 2021. If cash flow can improve beyond that, the stock could be a very good value right now. In this context, let's step back and take a strategic overview of where GE could be in five years' time.

Focusing on GE's free cash flow (FCF) prospects, here's a look at its four key industrial segments and a replication of the company's outlook.

It all looks concerning on a superficial basis. The key segments have declining FCF outlooks for 2019, while 2020 sees power and renewable energy still in negative territory and aviation growing modestly. In fact, it's not until 2021 that FCF looks set to improve across the board.

So what does it all mean for the five-year outlook?

The answer is that the near-term outlook is somewhat misleading because there are a number of headwinds -- across all four key segments -- that will hold back earnings in the next couple of years, but they are likely to dissipate in the future.

Provided the Boeing 737 MAX gets back in service -- the LEAP engine (made by a GE joint venture, CFM International, and also available on the Airbus A320 NEO) is the sole engine option on it -- then GE Aviation has a bright future.

In case you're wondering, the lackluster cash flow performance in the next couple of years is largely down to the fact that a step up in LEAP production is pressuring margin expansion -- the real money made in aircraft engines is made a few years afterward when the engines start to be serviced. Meanwhile, GE has many years of servicing the existing CFM56 engine (Boeing 737 and Airbus A320) ahead of it too.

Culp believes that after the sale of the biopharma business to Danaher, GE Healthcare "is going to be a $17 billion imaging business with mid-teens operating margins, with good low- to mid-single-digit growth opportunities," and the dip in FCF in 2019 is largely down to a combination of "separation costs, supply chain finance transition and compensation timing." Since these issues are nonrecurring, the outlook for FCF growth in 2020 and beyond seems reasonable.

Turning to renewable energy, the key reason for FCF being negative in 2019 and 2020 is down to the expiration of production tax credits (PTC) -- a federal incentive that tends to create cycles of investment in the U.S. Unfortunately, the cycle will turn down in 2020, and GE will burn cash in executing wind power orders made in 2019 and previous years. 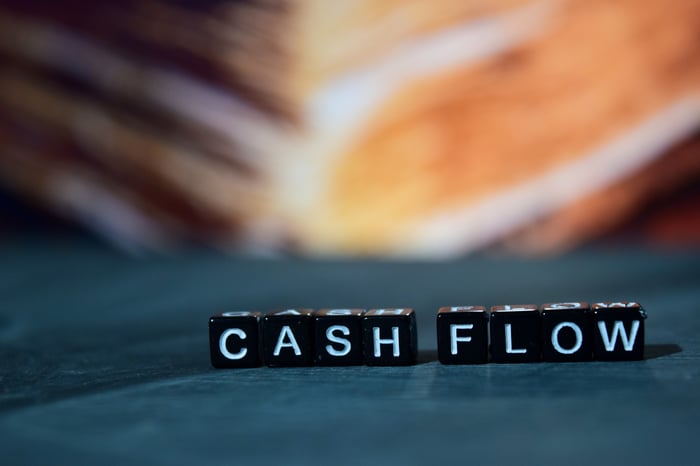 Turnaround at GE Power is a debating point

The power segment has suffered from declining end-market demand in the last few years. Heavy-duty gas turbine orders have roughly halved since 2015 and made GE's acquisition of Alstom's energy assets look like one of the worst deals of the decade. Culp has made great strides in restoring the credibility of GE's guidance, but there are still question marks around the turnaround strategy.

On the negative side, since November 2017, management has been talking about improving its power services profitability -- particularly in transactional services where guidance calls for margin and revenue expansion in the next couple of years -- but as yet, it hasn't shown up in the numbers. Simply put, GE is going to have to start demonstrating some improvement in order for investors to feel fully comfortable with even the tepid outlook given above.

On a more positive note, if you can think beyond the near-term risk and the current weakness in end markets, there are some reasons for optimism. The pessimistic case is built on the idea that there's overcapacity in the gas turbine market, and there may also be a structural problem due to the falling cost of renewable energy making it relatively more attractive than gas for electricity production.

However, Siemens (OTC:SIEGY) and GE are aggressively reducing capacity, suggesting that pricing competition might get less intense. Meanwhile, the use of gas as an energy source for electricity has actually been rising again for a year or so, and for a number of reasons (including feasibility of renewable energy in every geography, political resistance, initial costs, environmental concerns, and landmass taken up with solar/wind power), so it's far too early to declare that gas is dead.

The building blocks of a turnaround in power are in place; it's just that investors need to see some hard evidence of company progress -- starting with transactional services -- and reassurance that gas turbine demand isn't in some sort of structural decline. Renewable energy should improve in the future, and healthcare and aviation look set for many years of good growth once they are past the near-term headwinds.